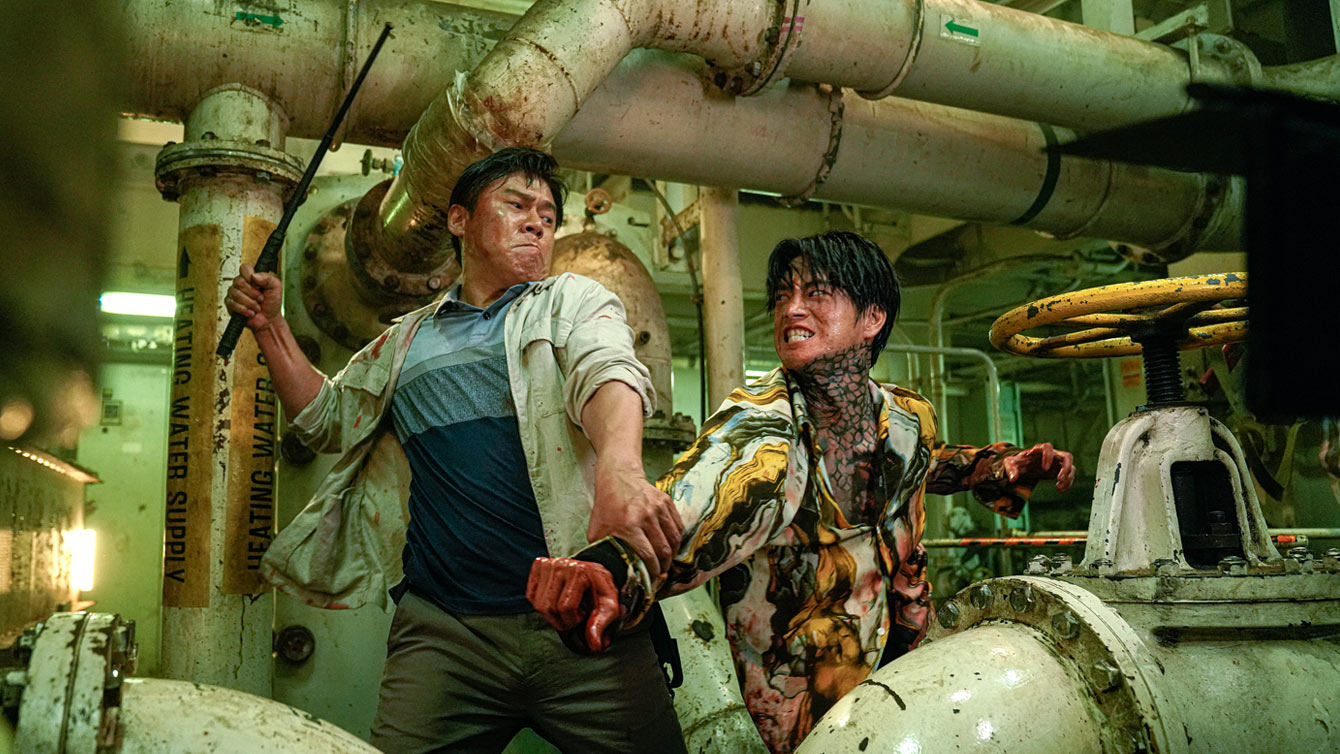 If you can’t stand the sight of blood, Project Wolf Hunting isn’t going to be for you. For everyone else, strap in because the newest action thriller from Korea is one hell of a ride. Written and directed by Kim Hong-Sun, Project Wolf Hunting takes place almost entirely on a cargo ship that is ferrying extradited criminals from the Philippines back to Korea. The boat trip is to prevent a repeat of the tragic suicide bombing of an airport after the first batch of extradited prisoners returned in 2016.

On board, the boat is a mix of criminals from the seemingly pathetic and unthreatening to the deranged and terrifying. There are even 2 Red Notice offenders on board, Jung Du (Seo In-Guk) a tattooed psychopath who has committed a litany of horrific crimes, and Do Il, a stoic and slight man who seems out of place amongst the rabble. Accompanying the crowd of miscreants are 20 cops, all with 10-plus years of experience in a bid to keep incidents on board at zero. 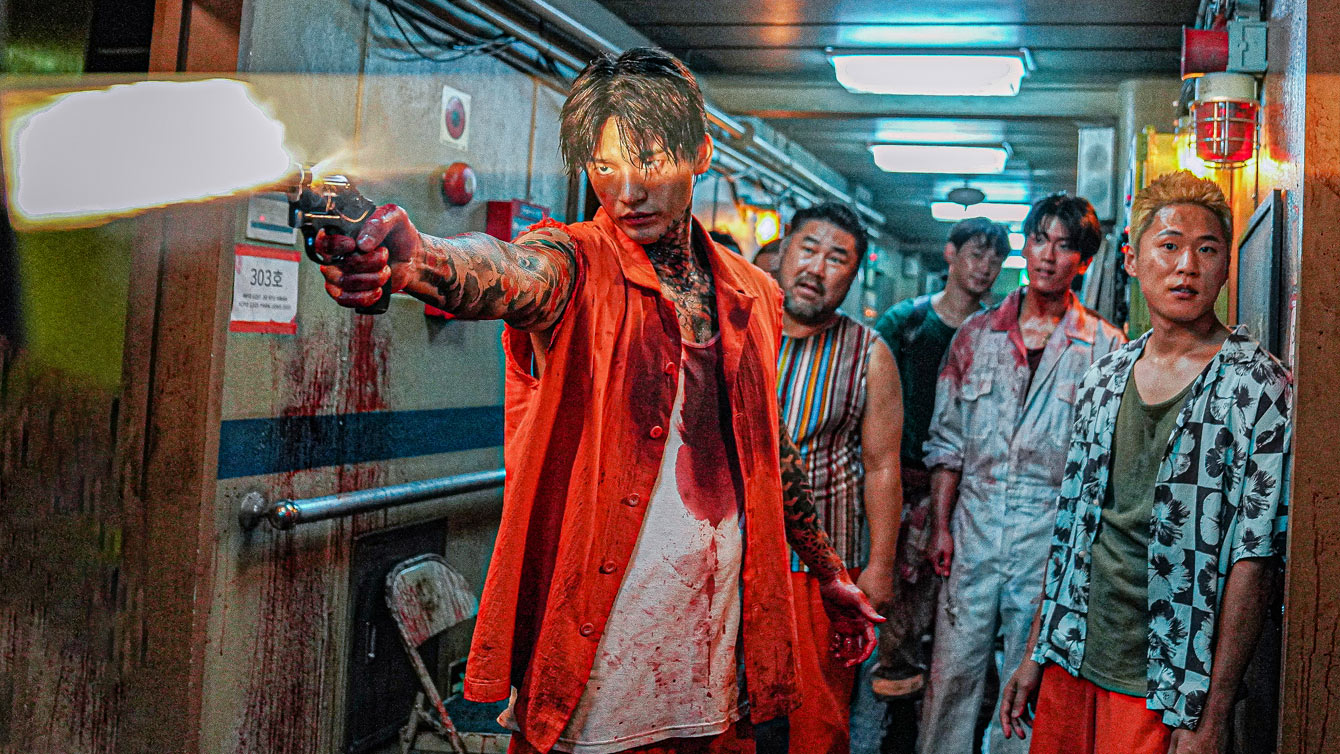 Of course, there aren’t going to be zero incidents. There are going to be a lot of incidents, each one bloodier and more extreme than the last. Jung Do has orchestrated an escape and takeover of the boat with several of his associates having infiltrated the crew under false identities. Once freed, every surface of the boat becomes slick with blood as Jung Do and the other prisoners tear through the cops that are guarding them. On top of what the prisoners are hatching on the upper decks, deep in the engine room a mysterious secret is being held that only the ship’s doctor and Special Operatives on shore know about. From this point on the blood, brutality and beatings don’t stop.

Project Wolf Hunting is a relentless onslaught of frenetic action and fountains of blood. No one is safe from the carnage and the body count continues to stack up as the decks become awash with a veritable ocean of blood. Amongst all the chaos are also fantastic performances from the lead cast and some fun characters. Jung So-Min plays Lee Da Yeon, one of 2 female officers on board to take care of the 2 female criminals being transported. She is a young and earnest officer who is truly incredible at her job and no point is it questioned that she is incredibly badass. She just is a phenomenal presence against all the elder statesmen she is teamed with. 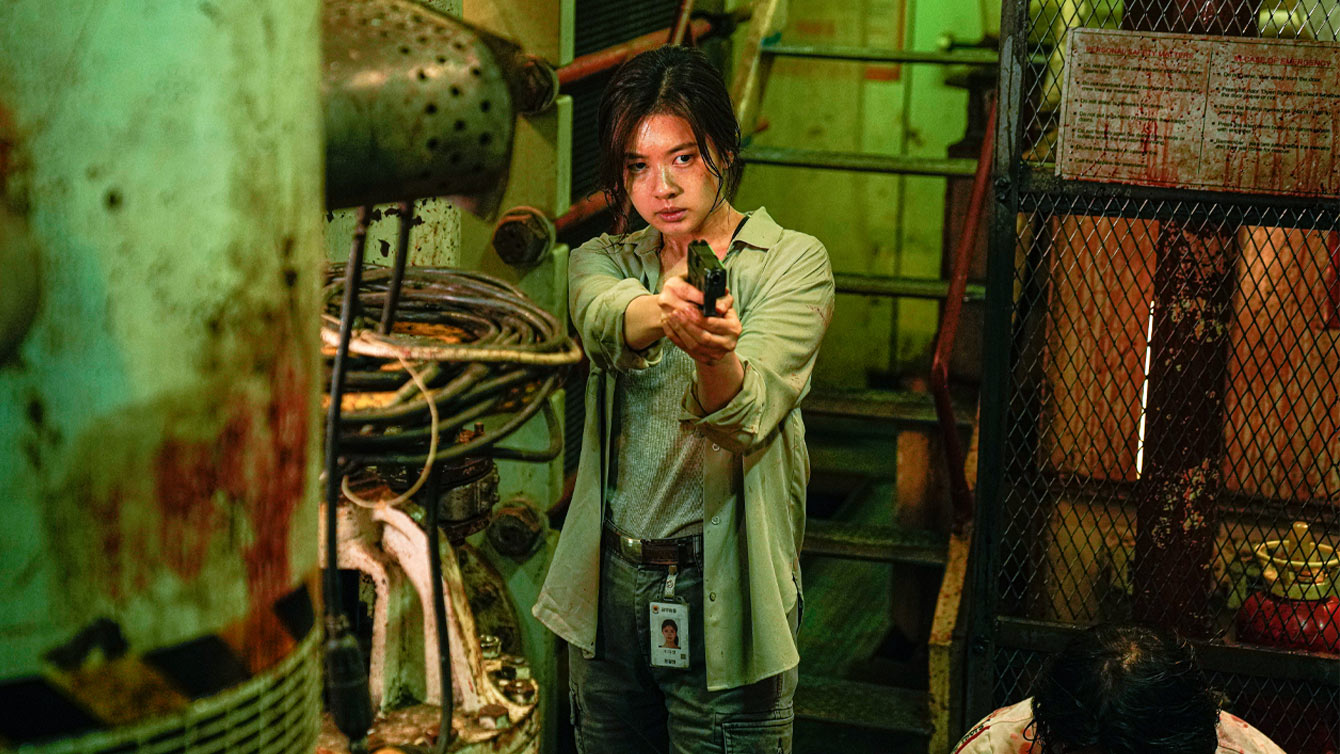 Seo In-Guk also turns in a truly unhinged performance as Jung Do. There’s a madness in his eyes at all times that shines throughout his performance and he is truly convincing as a bloodthirsty maniac with no regard for human life. Grizzled cop Lee Seok Woo (Park Ho-San) is both tired of everything and simultaneously a super cop, clearly a legend on the force and amongst the criminals. An unspoken backstory between him and Jung Do is told in very few scenes, all conveyed perfectly by the 2 actors.

An hour in, the movie morphs into something on a whole new level. Think The Taking of Pelham 123 meets Predator meets Resident Evil and you should have a pretty good idea of the insanity about to be unleashed. It also comes time to finally find out more about Do Il and his place amongst the warring sides. Without any spoilers, the movie descends into a full-on horror movie, a line it was already balancing precariously on from the opening moments. It’s rare that a film will leave me gasping for breath but Project Wolf Hunting is the definition of a thrill ride I can’t wait to take again.

Project Wolf Hunting hits digital, Blu-ray, and DVD on February 14
Find out more about the film at WellGo USA now.