Please support this episode’s sponsors, Mike Dyrdahl and The Grindhouse Channel. Both donated prizes for our recent contest. The winners are announced on this episode and will be contacted to set up their prizes.

After an unplanned week off, Ana and Justin team back up to tackle both last week’s feature (1982’s Swamp Thing) and this week’s feature (last year’s Always Watching: A Marble Hornets Story). Unfortunately, our friend and confidant, Don (aka “misfitxj” in /r/HorrorClub), was unable to join us, but he did write a nice little explanation of his selection in last week’s discussion thread.

Our attempts at adding a guest or two weren’t wholly fruitless, however, as Royal (who you may know from the Strip Nude episode of the podcast) sent us a solid 15-20 minute history on the Slender Man phenomenon. For that we certainly thank him!

In our other ramblings, we hit on a few new and upcoming films, as well as introduce the next round that will begin this week. Don’t forget to vote for your favorite film of this past round this week. Winners for this round get prizes, so it means something to them. 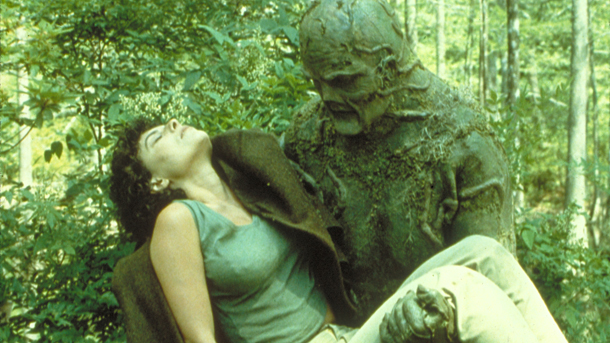