We’re back, bitches! Not only do we officially have our first logo for the podcast now, but we have a very special guest this week too!

This week we talk to Ryan “El Monstruo” Prows, the director of the 2017 exploitation gem Lowlife (reviewed both by none other than Mondo himself and friend of the podcast/writer on the site Doug Tilley) about his film and two films that influenced him, Peckinpah’s Bring Me the Head of Alfredo Garcia and Lynch’s Wild at Heart.

The conversation was fun, the movies are entertaining, and Ryan Prows is a name to watch. Once Lowlife hits beyond the festival market, look the fuck out!

Last episode we gave away an Unearth DVD in honor of Biro joining the show. This week, we’re giving away TWO t-shirts courtesy of Ryan Prows himself. What a fucking guy, am I right?

Step 2: Tweet this… “I want to win a @LowlifeTheMovie t-shirt from @ryanprows & @grindmessiah! Check it out: http://bit.ly/2wzpb2x #film #podcast #giveaway”

Step 3: For a bonus entry, send us screenshots of Facebook posts about the podcast episode and the contest.

Step 4: Comment here with your thoughts on the podcast and on the films, for a second bonus entry!

Step 5: Sit back and wait to reap your rewards!

We’re waiting on a few other goodies, so we may be able to hit up a few runners up too! So get your entry in by Sunday, the 10th. Even if that doesn’t happen in time, but we guarantee that two lucky folks win these beautiful shirts! 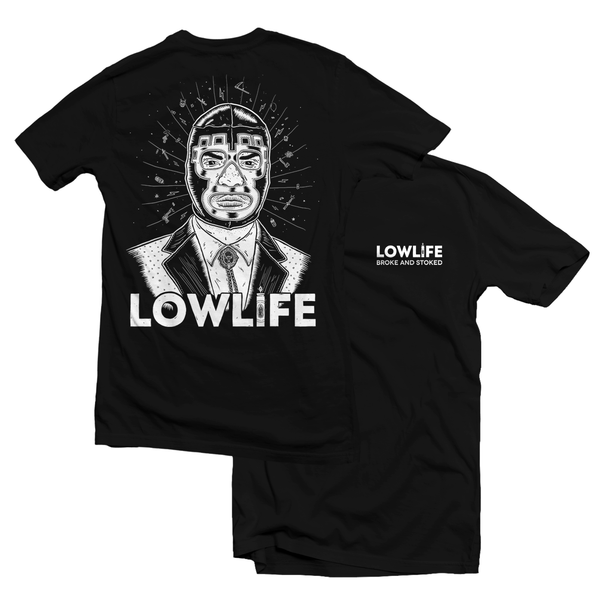 Thanks for checking this episode out and we hope to see you back next week when Blaine and Justin talk about kicking Nazi ass with Green Room and Inglorious Basterds.

And… last but not least, here’s Ryan’s first film, the short film Narcocorrido, that we dicussed on the podcast. Check it out, fuckers!