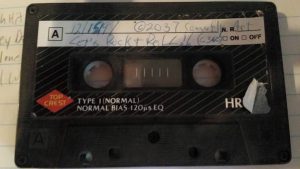 Welcome to Episode #7 of Uncle Eddy’s Mixtapes. Today we have another compilation of Christian Alternative Rock I made in the late 90s (here’s the first 90s Christian Alternative mixtape I posted).  As you can see from the pics, this one was made on December 15, 1997. I suppose I could wait a few months and post this on its exact 20 year birthday/anniversary… but I already had it recorded onto my hard-drive, and I wanted to get another episode on the books. So here it is…

This was during the peak of my mixtape making career. I made dozens of mixtapes around this time, and I was really keeping up with the latest Christian Alternative rock being released. In fact, this particular mix contains songs from the debut records of several artists I had just recently discovered. Some of those artists, like Dear Ephesus, Plumb, Kosmos Express, and especially Fleming & John went on to make strong sophomore records. While Tragedy Ann, My Friend Stephanie, Seven Day Jesus, All Star United, and Switchfoot never seemed to live up to the greatness of their first albums…at least in my humble opinion… obviously Switchfoot has gone on to have massive success with later albums, but I always thought that their debut set them up to be the only potential replacement for my favorite, Poor Old Lu, and to this day I swear it can’t be their actual drummer on that record. Other artists, like Clash of Symbols (this was from their first full length, as their debut release was an EP) and Dryve never went on to make a second album.

Also represented on this mixtape are bands that had formed out of former bands that had disbanded or had changed directions and names. Tragedy Ann contained members that had formerly been in Sometime Sunday.  Clash of Symbols was the Altar Boys’ frontman, Mike Stand’s new project…and one of CoS’s guitarists went on to form Kosmos Express. All Star United featured front man and former solo artist Ian Eskelin. Rose Blossom Punch was formed by the former guitarist and bassist for Poor Old Lu. Model Engine changed its name from Black Eyed Sceva after changing drummers. And Fold Zandura was the new project from the duo that had previously been industrial band Mortal. 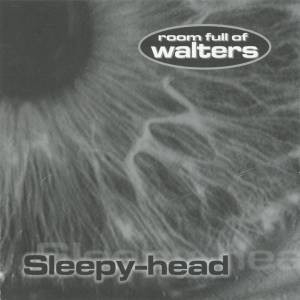 But the most important feature of this particular mixtape is the inclusion of local, Central Kansas talent. Daughter Silas was my band back in that day (here’s a compilation of DS demos and recordings, in case you like the track on this mix). We saw some minor local success, getting the opportunity to open up for some major acts that came through the area and developing a strong relationship with local darlings, Room Full of Walters. The RFoW tracks featured here are actually from the independent version of their record that was remixed/remastered and released on major Christian label, Word Records. Another local band featured is Trip Sofa. My band also played a lot of gigs with TS and their former drummer has gone on to buy Wichita’s best drum store.

Well, I was hoping to keep this writeup short… because I wanted this episode to focus on the music more than my blatherings. I hope you’ll listen and enjoy.  Oh… and see if you can recognize the classic 90s comedy that I included in between the tracks. And let me know if you’re enjoying the mixtapes… or even if you think they suck and I should stop posting them. 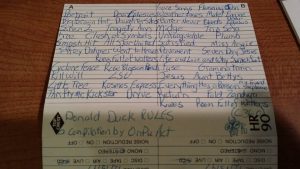