Travis Z’s second team up with Scottish born scream queen Louise Linton, Intruder, is the third film in the past 9 months with its name. To be fair, the other two were entitled Intruders and The Intruders, but it certainly makes for some confusion in delineating which is which. Having seen all three, I can confidently say that this one falls somewhere in between the other two in terms of quality, creativity, and thrills.

Intruders, starring the second best part of HBO’s Silicon Valley (Martin Starr), is the best of the bunch. It’s a basic home invasion thriller as its start but morphs into something different… something that feels like it wouldn’t be out of place in a quirky House of Yes style indie flick. This weird twist is what sets it apart. Without the twist it would have been a generic, albeit well acted, thriller.

The Intruders stars a less sunny iCarly and Donal Logue in a “is something or someone hiding in the house” thriller. At PG-13, the demo likely skews far younger than the aforementioned film or Travis Z’s brand new one, so perhaps that causes the inability to resonate with the adult horror/thriller fan, but it feels quite carbon copy and not at all imaginative. 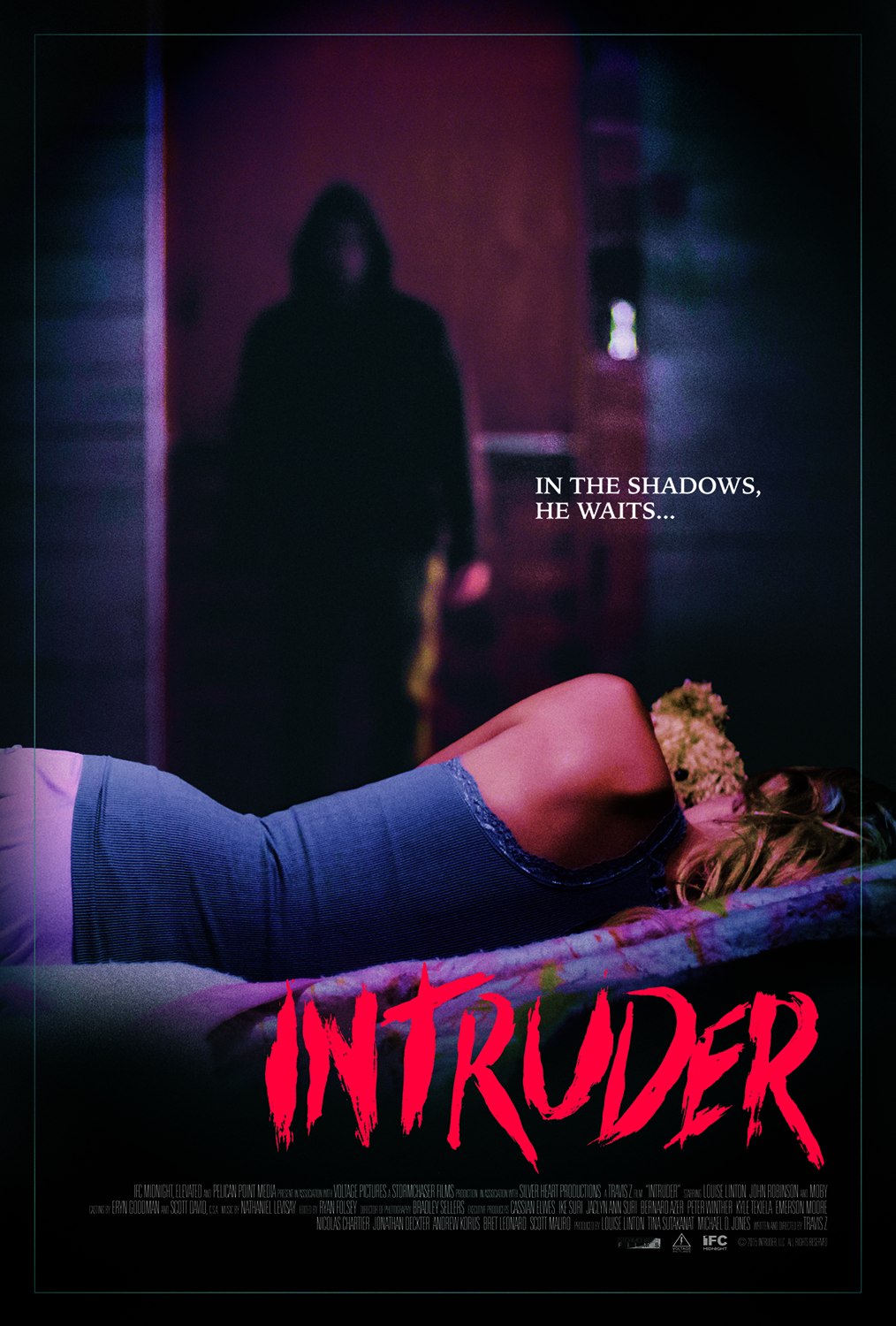 Falling closer to Intruders (solid) than The Intruders (not-so-solid), Intruder is not a bad film at all. In fact, it’s pretty damn good. Somewhat artsier than the others mentioned here, based simply on the protagonist’s chosen profession (cellist), there is a wholly different vibe to this film. It, like Intruders, is a home invasion film of sorts, but in a much different way than the 2015 film. Here we are treated to a true stalker story, where the home invader does so stealthily and remains in the home undetected for an extended period of time. Creeping throughout the home, this intruder gets more and more unsettling in his actions and decisions.

The tension builds and releases as the film goes on. Over and over, there are near mussels and close encounters. This is what drives the film rather than the actual plot. The protagonist meets the intruder in his plain clothes about halfway through the film and from the moment she does, the audience catches on that he could be the intruder. This doesn’t at all invalidate the remainder of the film, however, as she does not even know there is an intruder until the end of the film.

The technical execution of the film is done very well and the cast and crew understand how to build tension. Using a cello driven soundtrack is a nice touch. Dare I say that much about this film feels very Hitchcockian. What hurts this film, however, is a script that needed 2-3 more drafts before really nailing it. What we have here is an okay feature film that feels like it could have been stellar as a 20 minute short.

This all said, the film is still a recommended watch if only for the solid film work photography direction, as well as the beauty of Louise Linton. A solid C+/B- from a director who is only on his third feature film, which is more than can be said about his friend and mentor Eli Roth (who has a nice sized body of work with only 1-2 films worth watching). Certainly a lot of promise is evident in this work, both in the filmmaking and the work of the cast. Travis and the whole team talk below about the film and their experience:

If and when you do watch it, keep in mind that you must stay until the very end… as the credits begin to roll, you will find yourself asking, “That’s it?” The answer to that question, however, is a resounding, “No.” The post credits sequence really ties the film together, tying up loose ends and strengthening the story a great deal.

Intruder released in theaters yesterday in New York City and Los Angeles. You can also check it out on VOD platforms if you aren’t near NYC or LA.