It’s easy to want to like Antibirth. It’s a glitchy, hazy drug movie that goes in some interesting gross out body horror directions. Its character list is full of slackers: users, dealers, the barely housed, the barely employed. These are people who think nothing of the ongoing pursuit of hedonism because there’s nothing else going on.

Lou (Natasha Lyonne) sloshes her way through life. She works because she’s broke, and if she isn’t broke she’s doped up and about to be. Her days are a cyclone of cheap booze, pot, and parties, where she hangs out with her boozed up, drug-addled, party hard acquaintances. If she has hopes and dreams, she keeps them at arm’s length–she fucking knows better.

Her resignation to the ongoing quest for oblivion is halted when she thinks she might be pregnant. For the first time Lou has a new focus: Be not pregnant. Yet her mind keeps hitting the eject button on the “I’m pregnant” idea for the simple reason that she’s been getting her period and, you know, hasn’t even had sex in the proper time frame. The need for answers becomes urgent as Lou’s body begins to rebel.

The gross out body ickiness is relatively constrained, both in terms of its severity and how often it happens. It’s nothing that hasn’t been shown in other films. Yet even though we’ve seen plenty of people spit a bloody tooth into the sink, the body horror serves as an undercurrent to the whole tone of Antibirth.

The other important factor to Antibirth’s tone is actor Natasha Lyonne, who is best known these days as Nicky Nichols, one of the core characters from Orange is the New Black. If you’re familiar with Nicky Nichols, you’ll be familiar with Lou. While not exactly the same character, Lyonne’s mannerisms are very similar in both roles. It makes her engaging on the outset, but in that way that feels more like an echo than a character that’s been fully fleshed out. 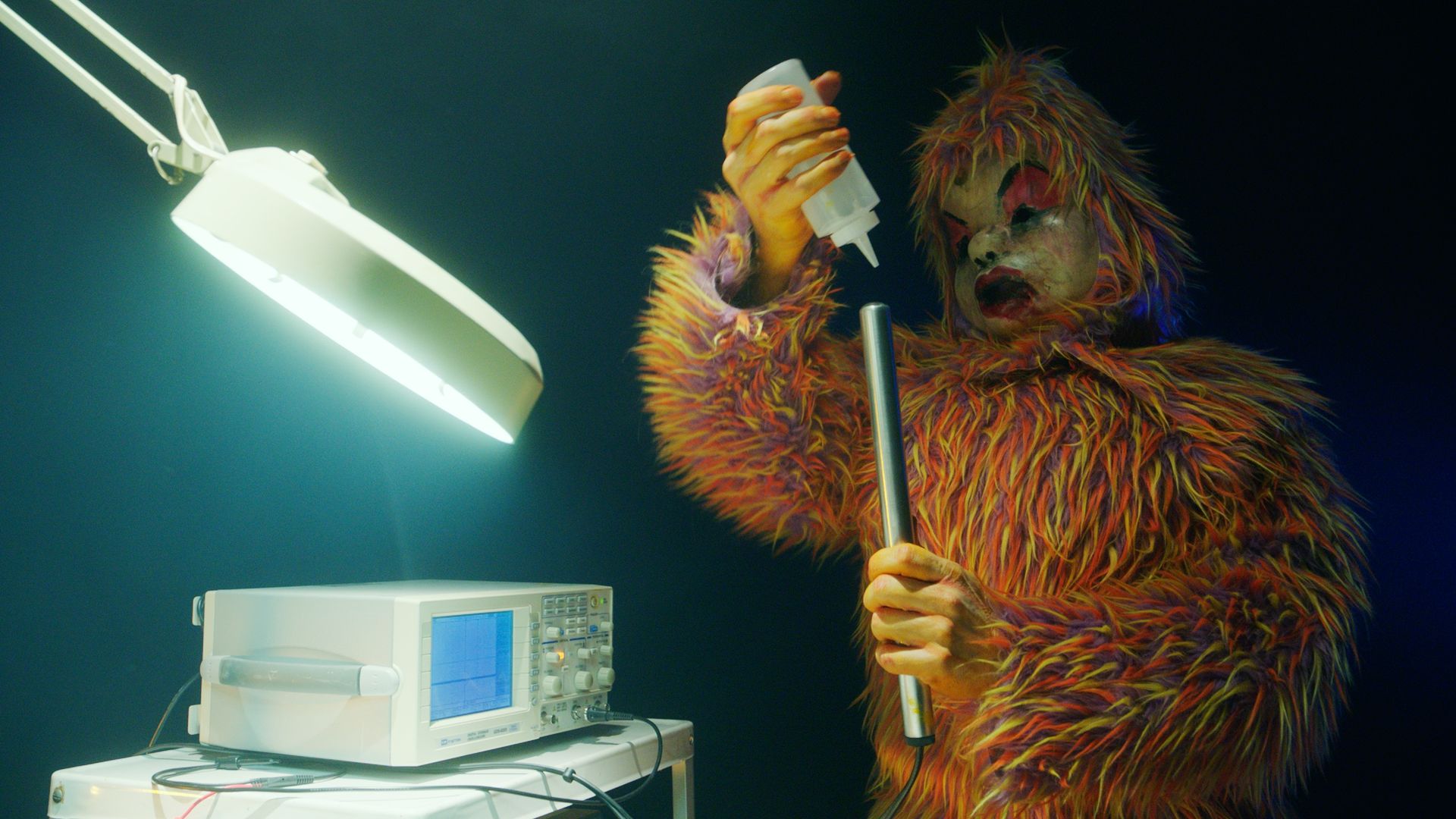 In fact, most of Antibirth feels like an echo. It goes too many directions without properly developing any of them. A lot of this is problematic on a script level, which seems much more concerned about getting us from major plot point to major plot point without bothering to texture the in between moments. Some of it is just a vision problem, as the scope is never defined properly. Disparate plot points strain at the edges of the narrative, hinting at larger conspiracies. These ideas are interesting and wild, but underbaked. Their failure to be cohesive makes them feel like deus ex machina–a way to get to the credits with some sense of finality.

It’s weird, then, that when you strip the nonsense out, very little actually happens during the movie’s 94 minutes. It’s a movie about a woman and her pregnancy and her drugs. Pretty basic. It’s in drawing in the side characters, plots, and background issues that everything gets murky. The things that are supposed to clarify the movie’s scope make it more impossible to grasp.

All of this narrative and character nonsense belies the fact that Antibirth still manages to be entertaining. Sure, a large part of that is the feeling that we’re just watching Nicky Nichols in the middle of a nightmare, but that has its charm! Especially if you enjoy watching casual drug use, creepy restaurant mascots, and people generally being pretty shitty to each other.