We’ve got lots of good tunes for you this week… a few new albums, some upcoming tour dates, and more! 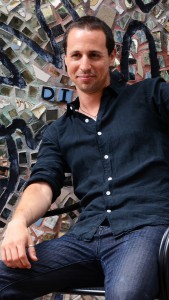 Local Philly singer-songwriter Avi Wisnia is back East from his recent West Coast tour. He’s playing some great shows this month, including a few notable ones below:

And head over to his online store and grab yourself an Avi kazoo!

Fans of Die Antwoord, Charli XCX, and Eric Andre Show should check out the fresh new album from Austin’s Holiday Mountain. SHIA is some different than most of the drab pop, rock, and hop hop on the airwaves today. Check out the single “Cómo Te Llamas?” below and then go read a great interview Lauren Patiño gave on gender and reproductive rights!

Folky singer-songwriters and avant garde hip hop/electro/pop/industrial hybrids not your bag? How about an alternative outfit influenced by Supertramp, Paul Simon, Daft Punk, and house music?

Named after an awesome character in Cool Runnings, Mr. Sanka dropped their debut single last week. Check it out here:

Our fourth entry into today’s NMM Roundup is musician, award-winning filmmaker, and political activist Ariana Delawari. A whole different flavor and style than Avi, Mountain, or Sanka, Ariana Delawari has a new album out this coming Friday called Entelechy. Her fans include the one and only David “Eraserhead” Lynch and it’s no surprise why anyone would consider themselves a fan when you listen to her voice or experience her passion. Check out her recent TED Talk below then head over to her website and anxiously countdown until you can grab your copy of the double album Friday.

And last but certainly not least, here’s a little fuzzy, shoegazy indie rock courtesy of Silent Pictures. Let It Begin is their latest release, which dropped just a few weeks ago. Snag a copy from their Bandcamp page, where you can also score a sweet ass vinyl edition of the LP (my personal favorite track is the opener, the titular “Let It Begin”, a toe tapper with a bit of a Brit-pop feel).

A little something for every music lover out there. Expect some full reviews of these and more in the coming weeks!<