Let’s start from the beginning… who are you and what is Stranger With My Face International Film Festival?

I’m a film-maker and theatre-maker based in Tasmania, Australia. I am also the director and co-founder of Stranger With My Face International Film Festival, which focuses on women’s perspectives and dark storytelling (in other words, horror films directed by women, although the parameters are flexible).

The festival is back for the fifth time in May and submissions are currently open at www.strangerwithmyface.com.

Tell the readers just a bit about the history of the festival.

The event started in 2012 because myself and co-founder Rebecca Thomson were both interested in what was going on with the “women in horror” movement at that time and, in particular, the work that the Viscera Film Festival was doing to gets its films out around the world to other fests. At first we were just going to show a selection of some of their shorts but it quickly grew from there.

The name of festival comes from the Lois Duncan young adult thriller, Stranger With My Face. A lot of girls grew up reading her atmospheric and suspenseful novels, perhaps without necessarily realising they spring from the literary traditions of horror….but they certainly do. So it’s a tribute to her incredibly influential work. Also, that title sums up a lot of what the festival is about, which is more concerned with “the horror within”, especially issues of identity.

Who are some of the people you’ve met through the fest that have blown you away?

Off the top of my head… Jennifer Lynch (our retrospective guest in 2013), because she was so honest and forthright about everything she’d been through in the industry at that point but didn’t let it make her bitter. She remained optimistic and grateful, and was a lovely guest. I really recommend you watch the doco about her disastrous time working on a feature film in India if you haven’t already—it’s called Despite The Gods. if you’re in the industry it will either put you off filmmaking for life or make you even more determined to succeed. 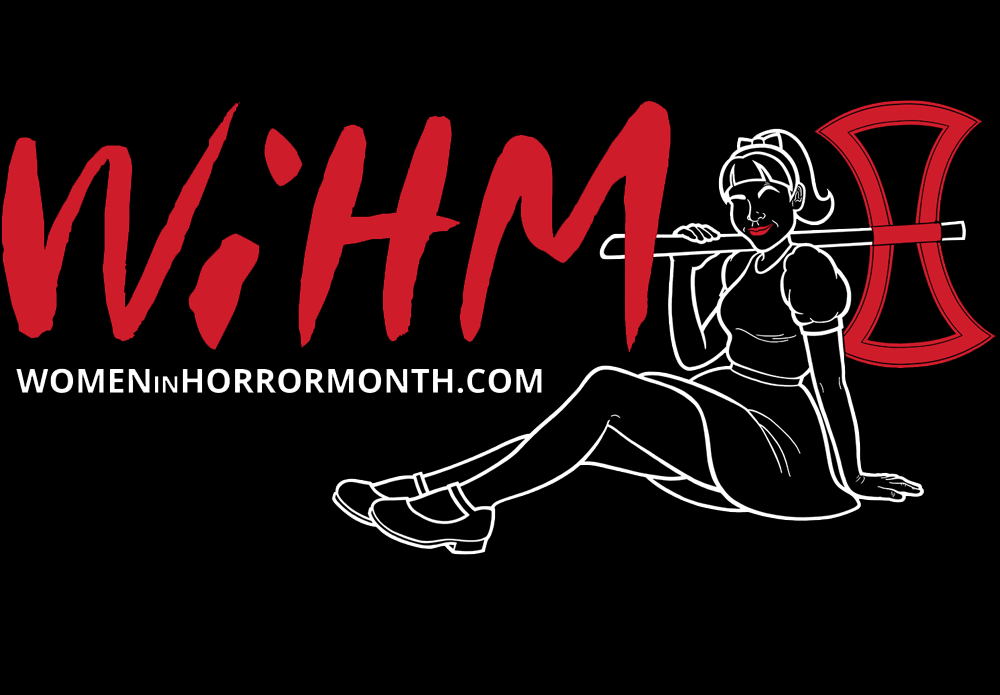 March was Women in Horror Month! How can the regular Joe or Jane support female filmmakers outside of coming to festivals like yours (which, of course, everyone should do)?

You can celebrate women in horror all year round by watching a lot of great films. But WiHM might inspire extra ideas, like a costume theme, or curating a public screening, or blogging or podcasting about what you’re watching.

Pay particular attention to women directors when you’re celebrating Women in Horror Month. It’s important to make sure you’re watching lots of stuff that’s directed by women, even if it takes a bit more work to find. You’ll be slowly educated and won’t ever again be one of those ignorant people who think women don’t get offered big movies or horror sequels because there are none with appropriate experience or drive.

Do you think women are finally starting to get their due in the genre world? What are the next steps?

There’s a lot of buzz about women in film, a lot of discussion and there are a lot of specific achievements that it’s possible to point to recently. At the same time though, it’s a numbers game. As far as I know the stats haven’t yet shifted in terms of the number of women directors making features. The point is: the forces that have kept women out of the directing chair in horror for so long are powerful and they won’t disappear overnight because a few left-wing producers know the right stuff to say in interviews. They have to back their words with action and, in particular, male producers need to think more consciously about hiring women.

What are some of the things happening at the upcoming fest that you’re most excited about?

We can’t let you know too much quite yet as we’re locking in our program. But trust me, if you’re in Australia in May you’ll want to stop down to Tasmania to be part of it. We welcome everyone to come and hang out.

Thanks for your time, before we wrap, what’s the best way for folks to check out the fest and check out the other stuff you’re involved with?