I had the pleasure of taking in a good chunk of this year’s Chattanooga Film Fest and have enjoyed virtually everything I saw (appreciated Ape Sodom, but I can’t say I “enjoyed” that one). However, one feature film and one short stood out above the pack as the ones I’d probably revisit most often and/or would stick with me longest. Let’s start with the short film… and boy, is it a doozy… 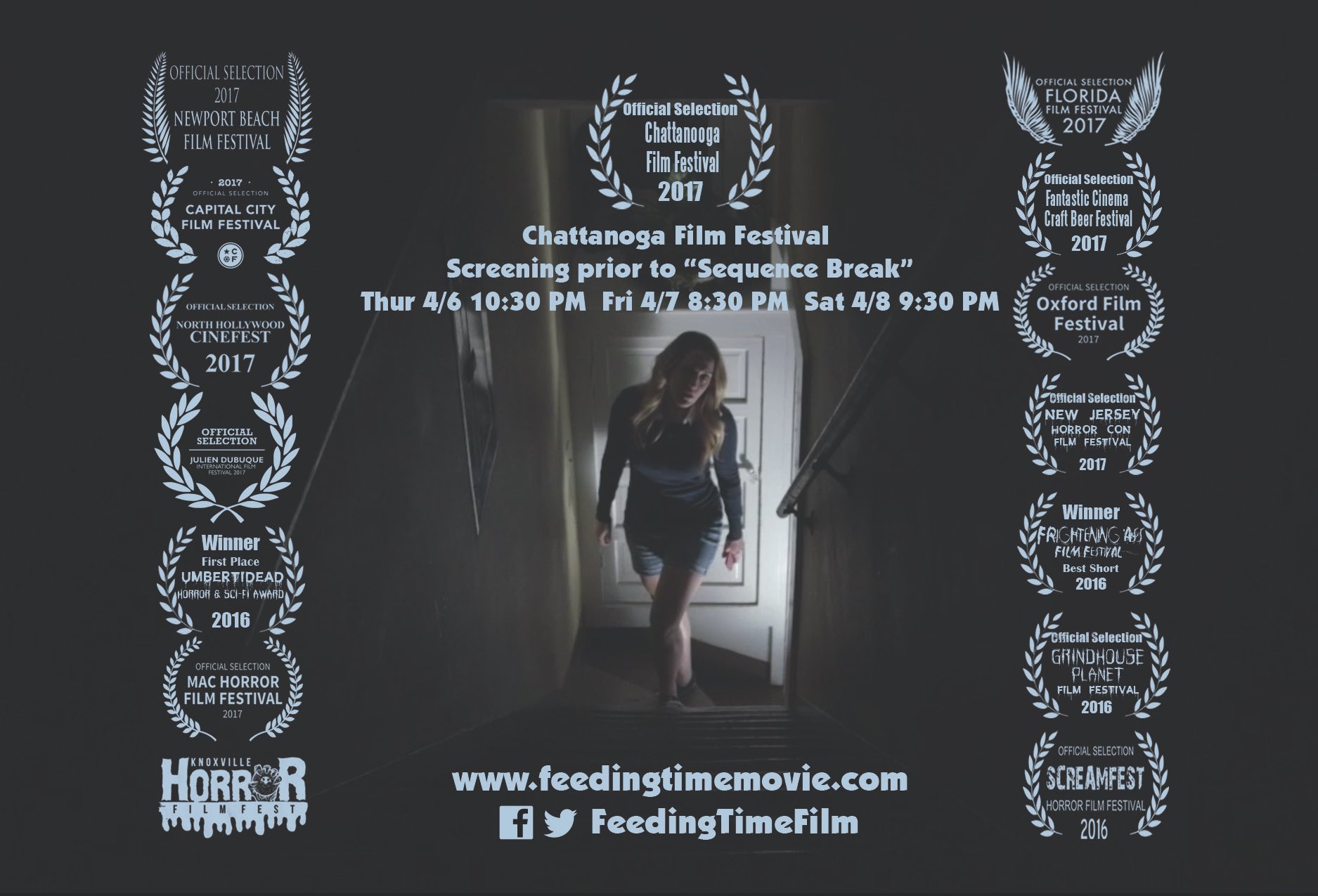 Feeding Time is the tale of a babysitter sitting for a new family for the first time. She was recommended by one of her good friends and the new family, while eccentric, seems nice enough. Of course, things are not what they seem.

It’s a simple premise with a basic twist, but it’s highly effective. That’s how a good and effective short works, it needs to be simple enough and pay off on what it’s selling. Feeding Time has a great payoff. In fact, while it’s not necessarily the mark of a good short film, this is one that could translate to a great feature film. Perhaps this short will land in the lap of the right people to make that happen.

The full length film, tonally, cranks the madness up a few notches…

Joe Lynch’s Mayhem gives The Walking Dead‘s Steven Yeun his time to shine as a true leading man. Alongside the beautiful Samara Weaving (Ash vs. Evil Dead, Monster Trucks) as Melanie, Yeun plays Derek, a hard working corporate lawyer who gets fired for someone else’s fuckup. Melanie, a customer recently wronged by Derek, is forced to team up with him when both are locked inside the highrise building where the large law firm Derek works for is housed due to a quarantine for an infection that turns people into zombie like rage monsters when they are pissed off. The disease is curable, but the quarantine will take hours… and during that time, no one will be held liable for their actions due to a legal precedent set by none other than this law firm. This, of course, means Derek and Melanie are determined to get theirs and go straight to the asshole CEO to get it done. Derek wants his job back and Melanie’s home is due to be foreclosed. Both realize that a temporary team up, despite a good deal of anger between them, is the only way to go.

Suffice this all to say that shit gets real. Great gore effects, effective action sequences, and a good emotional core drive this film’s madness. Mayhem is aptly named but that’s not to say that Lynch doesn’t have control. This is pure controlled chaos and Lynch is the puppet master. With the leading duo, he is able to effectively walk the line of madness, while telling a good story. 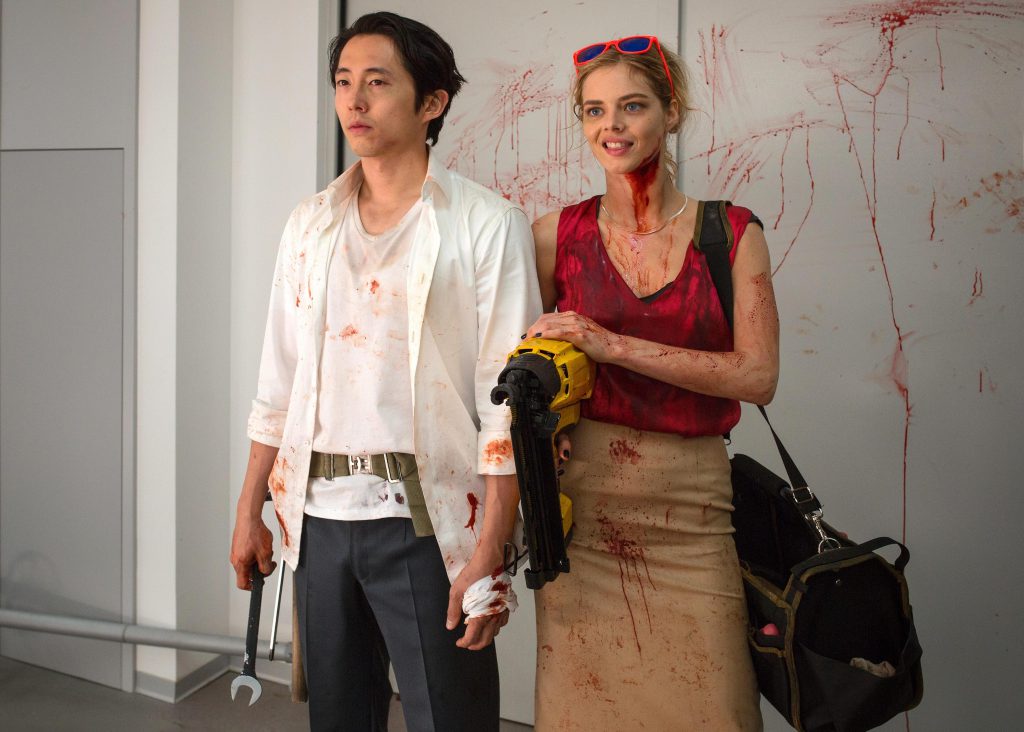 The long and the short of it (pun intended), these are two fantastic films that I can’t recommend enough to genre fans. If you don’t dig horror, don’t bother. However, Mayhem‘s different take on the rage virus story, great acting, and … well… mayhem make it a contender for one of the year’s best horror films not named Get Out; and, Feeding Time‘s clever use of modern technology, throwback vibe, and well made simplicity makes it a great short and a showcase for an up-and-coming filmmaker. See both in whatever way you can, you won’t regret it!

Mayhem played Chattanooga Film Festival last Saturday and Sunday. Feeding Time accompanied the world premiere of Sequence Break on Thursday, Friday, and Saturday. Both are making their rounds, so keep your eyes out!