Every few weeks, when a few upcoming releases really jump out at me, I will be putting out one of these posts. I get far too many press releases not to share them with you, my loyal readers. So here are a few that jumped out at me recently, in order of release date:

First and foremost, I’m always pumped for a new Garagehouse release. They started their run with Paul Kyriazi’s Ninja Busters. This time, they are going full Philly pride and putting out a weird film from our beloved City of Brotherly Love… read the press release below:

Some nutty gangsters thought they pulled off the crime of the century… but it’s going to cost them an arm and a leg!

After a daring jewel heist, a trio of thieves hold up in an old dark house inhabited by a motley bunch of restless ghosts that only want to dispatch their new guests in the most horrible manner possible – that is if they can get to them before the spirits of an unruly group of dismembered corpses from the nearby cemetery!

Shot in Philadelphia in 1962, The Dismembered claws its way out of the grave of cinematic obscurity to debut on home video for the very first time courtesy of a new HD Blu-ray from Garagehouse Pictures. The Dismembered is a film so forgotten that at the time of this writing it doesn’t even have a listing on the Internet Movie Database. Directed by Ralph S. Hirshorn, The Dismembered is an offbeat ghosts-and-gangsters satire that plays like a cross between Roger Corman and Casper the Friendly Ghost, and the evokes the spirit of American International Pictures and the drive-in B movie. Featuring homicidal ghosts, creeping severed limbs, cobwebbed sets, graveyard atmosphere and weird musical improvisations by the Main Street Ghouls, The Dismembered is one strange little movie with lots of ghoulish charm.

Here’s one that was brand new to me. Seeing as it’s being released by The Film Detective, that’s not surprising. They dig a lot of awesome stuff up these days, awesome stuff that a good many of us haven’t heard of. It’s shooting right up to the top of my list, here’s a bit more about the release:

There’s twice the terror and twice the shock when a mummy sentenced to eternal damnation unearths in Voodoo Black Exorcist – restored from original 35mm film elements – available on DVD and Blu-ray May 23 from The Film Detective. 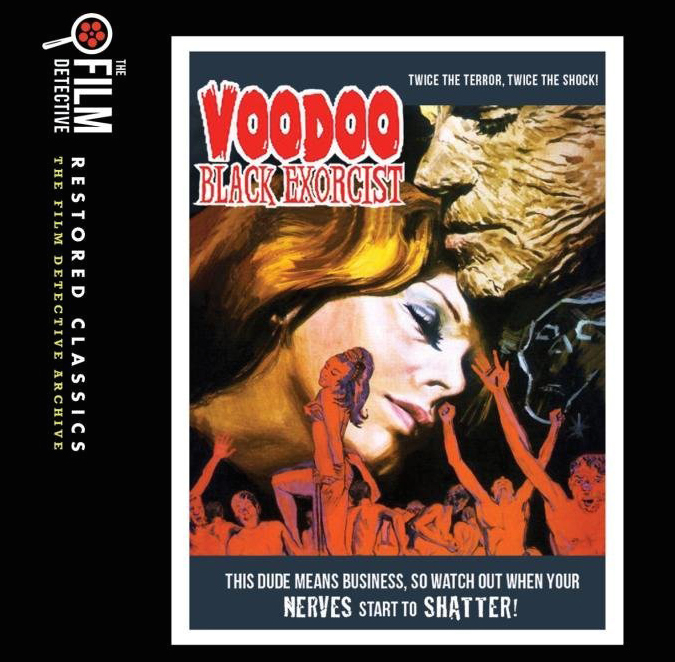 The mummy of a Caribbean voodoo priest stalks the passengers of a South Seas ocean liner in this sexy, quirky, 70s Euro horror-thriller from director Manuel Caño (The Swamp of the Ravens) and producer José Antonio Pérez Giner (Tombs of the Blind Dead).

Filmed in such exotic locations as Jamaica and Haiti, this supernatural tale stars Aldo Sambrell (The Good, the Bad, and the Ugly) and Fernando Sanchez (Return of the Evil Dead) and features the lovely Eva León as a passenger who reminds the mummy of an old love.

Commented Phil Hopkins, owner of The Film Detective, “We are delighted to bring this cult classic to HD with a brand new 2K scan from a rare 35mm archival print.”

John Wick is back. Nuff said!

Check out this list of special features for the Blu-ray release:

Here’s one that’s been on my radar for quite some time, due to learning about it on a favorite podcast of mine, Shockwaves. Starring Emma Roberts, this film actually was made prior to the recent Netflix addition I Am the Pretty Thing That Lives in the House by writer/director Osgood Perkins (son of Anthony), but took a long time getting distribution.

The wait is over and fans of the slow-burn style psychological thriller are in for a treat. Hit the Netflix jawn while you’re waiting, whet your whistle to prep for the Oz Perkins experience. 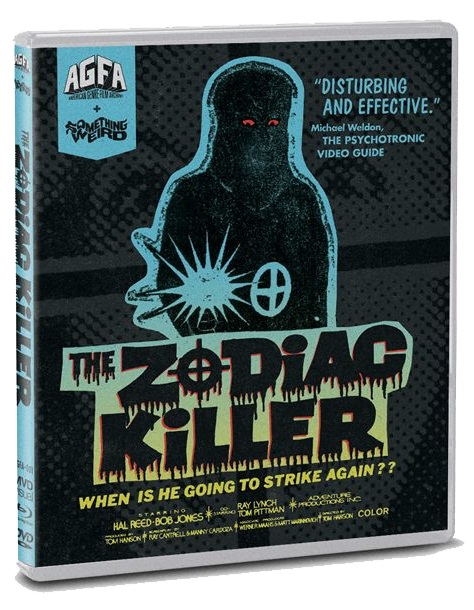 The press release says is far better than I could:

AGFA (American Genre Film Archive), a non-profit that preserves the legacy of genre films, is pleased to announce details for The Zodiac Killer Blu-ray, which will be released on July 25! This is the first title of dozens in our collaboration with Something Weird Video following a successful 2015 Kickstarter campaign.

Directed by Tom Hanson, who had previously owned a chain of Pizza Man restaurants, em>The Zodiac Killer was made to capture the real-life Zodiac Killer. That plan didn’t work. Instead, we got the most outrageous and compelling “tabloid horror” vortex in the history of planet Earth. And beyond. During theatrical screenings, Hanson constructed in-theater “traps” to lure the killer from hiding. These included the use of an ice cream freezer filled with rent-a-cops and a raffle with a motorcycle as a prize. You won’t get insight like this by watching a David Fincher movie. But you will get it while watching The Zodiac Killer.