Set in a distance future where the universe is about to move through a “black hole”, a young woman has visions while reading the book of Revelations and finds herself involved in a conspiracy.

Fun Fact: This movie is last in Director Eric Leiser’s trilogy that began with 2008’s Imagination and included 2012’s Glitch in the Grid. 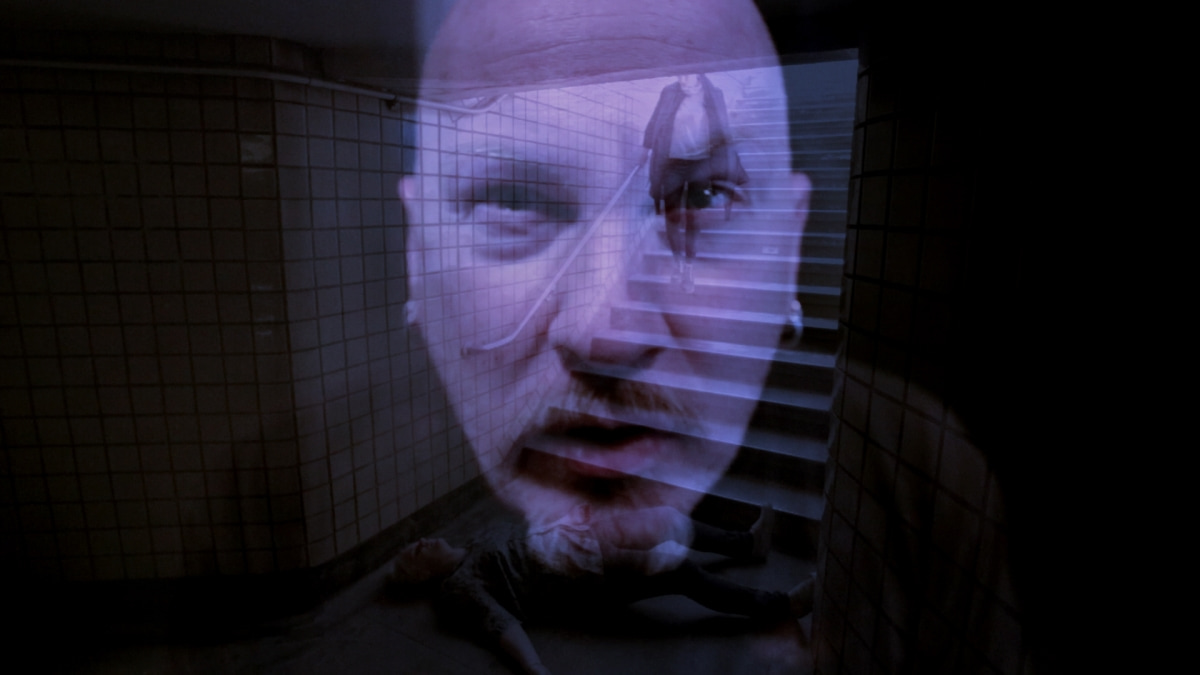 One thing about writing for this blog is that I get the chance to review movies that may be a little outside of my normal wheel house, yet fall into fridge cinema genres I have been a fan of since I was a young kid. Having said that, I do admit that I was a bit puzzled when thepaintedman contacted me about reviewing Apocolypsis for this blog… but I always pride myself as being a company man and took on the assignment with an open mind and dove into this film sight unseen.

The impression I was left with from the movie is that this was not your run-of-the-mill sci-fi thriller, this was a thinking man’s film – meaning: you had to really pay attention to what was going on. The story unfolds not only in the spoken word, but in the actions of the actors and animated pieces that act as the female lead’s visions while reading the Bible. The subplot of the government conspiracy and its exposure through the Art Bell style radio show host does tie itself with ease to the main story. It also races to the film’s dazzling and mind blowing finale. Yes, there is a Christian message of holding fast to your faith no matter how dark the hour gets, though it’s handed out with kids gloves and not shoved down your throat. Aside from a few S-bombs, this could be a movie for the whole family can watch and discuss afterward.

Don’t let the fact that a lot of the actors were first timers derail you from checking it out, I believe it added a layer of realism. Along with some other rough edges, the acting and low budget filmmaking techniques uses here do not detract from the film. Don’t take my word for it, check it out when it rolls out worldwide on March 20, 2018.

Now if you will pardon me, I am going to check out the other two films in this trilogy.