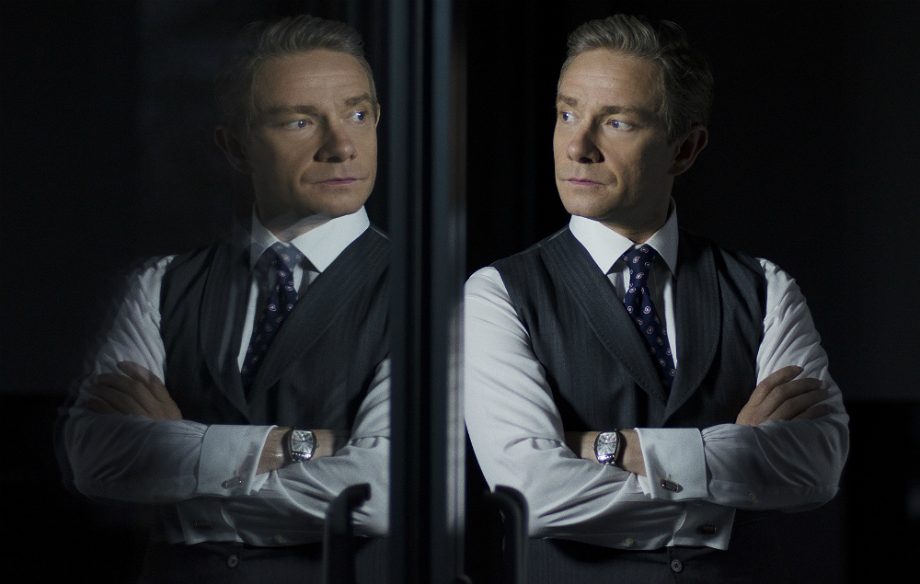 IFC Midnight is a company that I am constantly torn on. They seem to gobble up everything in the category of midrange budget horror and quality can be varying (to say the least). This year we have seen them release the future classic film, Lowlife but also put out House on Willow Street. [Editor’s Note: Willow Street is a fun flick, but Blaine’s point here is well taken.] This gap in quality keeps me from blindly checking-out their titles, but coming across Ghost Stories at Chattanooga Film Festival seemed different. I knew next to nothing about it, with the exception of it being British and having an impressive cast. The name of the move couldn’t have been more generic, but I still couldn’t curb my enthusiasm. I didn’t check out any trailers or reviews and decided to watch the movie as blindly as I could. What I ended up getting was 2/3 of the best paranormal horror movies in years. I hate that I didn’t love it, but there are certain tropes that I just fucking hate. I will get to that trope later but lets talk about what it is about.

Ghost Stories follows a professional cynic who runs a show that debunks phony psychics and all things “paranormal”. He opens the film with busting a big time psychic who preys on grieving patrons, giving us a glimpse at who this man is. He is gruff, angry and desires the truth above all things. Once he is given a file with three inexplicable files, he is forced to confront the paranormal head on…

Some times the journey is much better than the destination, this could be the cheesy slogan of this review. The film carefully crafts a rich world of horror, that is intense and occasionally beautiful. Each tale keeps you locked into suspense, feeling like a cinematic equivalent of perfectly delivered camp fire stories. By breaking it down into three separate stories, we get a wide variety of tales and that is where Ghost Stories really shines. There is a very standard haunted asylum tale, a demonic presence and even a tale of the unborn haunting the living. But… with all of this good there always is a downside.

The ending turns this all upside down and some similarly minded viewers may feel a little betrayed. I can still hear myself (audibly) saying “please don’t do this, I like this movie too much for you to fuck it up now”. Directly after the movie ended, I was much more upset than I am now. Given a few days I can see what they were going for and it does work on a few levels, but it just doesn’t work for me. In spite of this ending, there is still a lot to enjoy in this British horror flick.

Ghost Stories releases this Friday in theaters and VOD.