Shoegazey instrumentals, 90s alt rock throwback tracks, fuzzy guitar riffs, and pretty melodies, Babbling April’s latest has it all. Holy Gold released at the beginning of March and it is a can’t miss EP for anyone who can describe their tastes using the phrase “indie rock”.

The opening track – and also the first single – “Reputation” begins with a nod to Joan Jett, then veers in its own direction. Experimental layering of vocals and sounds lets the listener know they aren’t listening to another indie rock outfit that sounds exactly like the last. While built around a sensibility that feels similar to one of the slower Yeah Yeah Yeahs tracks (think the hit song “Maps”, as an example of this), it’s a interesting choice as an album opener because its not necessarily one of the punchier tracks. Yet, it’s a solid selection to kick things off because it immediately sets the band apart as something outside of the norm.

Each of the remaining 5 tracks has a distinct feel and life to it. “Blighted Years” is upbeat pop rock track. Fuzzy guitars, hand claps, and a driving beat define the vocal-less “In the Vulgate”. “If Hearts Really Do Break” slows the pulse down from the toe tapping beats to showoff a simple and beautiful song that’s all about emoting through musical notes. “Without a Care” is a wonderful track that continues to exemplify this same emotive tone introduced in “If Hearts Really Do Break”, with the addition of great vocal duet.

The closing track, “Alliances and Riffs”, is truly my favorite. The drumming on this one really shines, with off time beats that feel very improv-Jazz inspired. The pulse of this one is lively, while not poppy. About halfway through the song, the distortion comes in and the fuzzy guitars take center stage. Acid rock and classic rock inspired riffs join the mix, with the drums and remaining instruments remaining as intricate and well balanced as before. Another track free of vocals, this closer is a perfect crescendo without nary a line sung. A powerful way to close the album, this track is pure gold – “holy” gold, as it were.

The long and the short is that this 20 minute EP is a great release from a great band. Maybe this is the first you’re hearing of them, but it certainly won’t be the last. 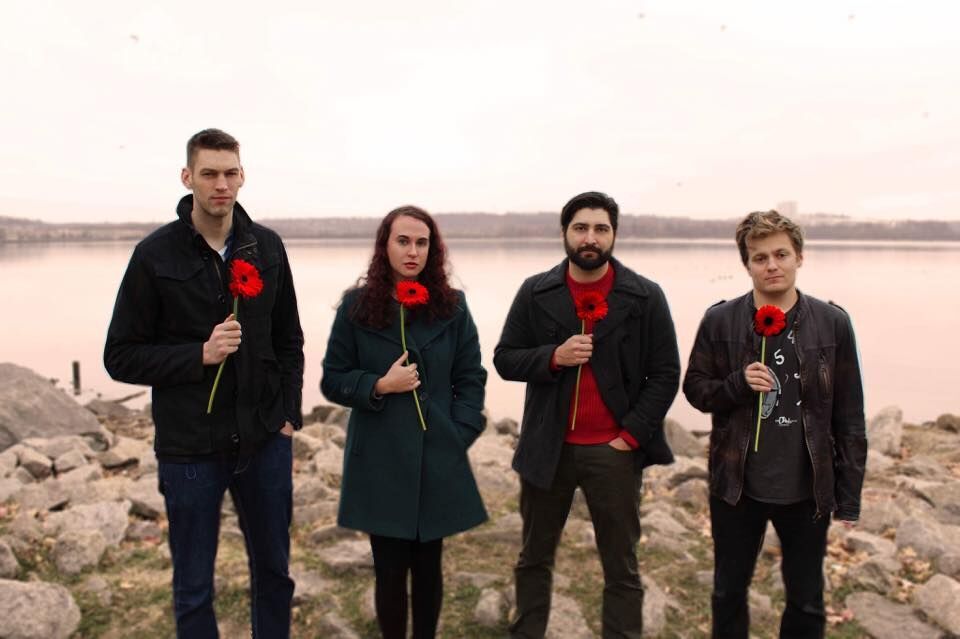 For fans of: Catherine Wheel, Yeah Yeah Yeahs, and Guided By Voices