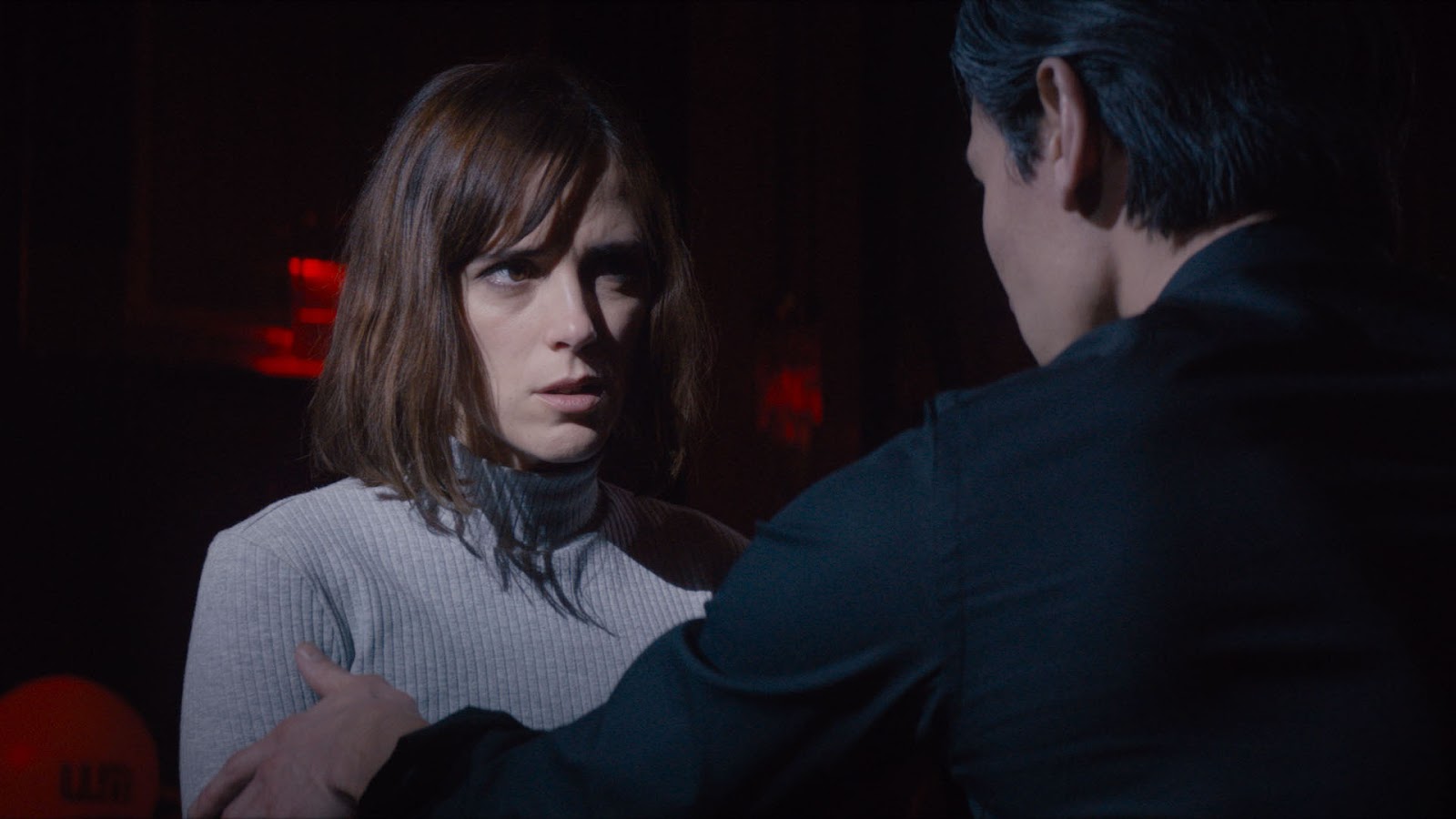 Evrenol’s feature debut, Baskin, is often compared to Hellraiser for the way it wrestles with the intersecting realms of the real world with a Hellish afterlife. It’s compared to Hellraiser for it’s use of a powerful cult figure at the core of its mythos. It’s compared to Hellraiser, because it’s gory and bloody and thought-provoking. It seemingly depicts Hell in both a literal and figurative way that few films have successfully done. Despite being a lot different than Hellraiser in many ways, it draws comparisons because so few films besides the two are able to be quite as successful at depicting a literal Hellscape in such a profound and effect manner.

Despite a name like Housewife, you can rest assured that all of the blood, guts, and viscera, as well as the powerful depictions of a literal Hell, are as in tact as ever. In other words, Evernol has once again brought Hell to life on the screen in gory, emotional, and painful ways. No longer are the protagonists males, but instead a traumatized woman trying to escape her past. No longer are we searching for Hell, but instead it’s searching for us. This is horror that gets under your flesh, then rips it right off and wears it as a uniform. Housewife is Hell and Evernol is Lucifer, reigning over our very fears and building our very nightmares.

Cults, nightmares, sexuality, pain, anguish, loss, rebirth… this film is filled with thematic depths. From these deep emotions to the realistic gore to the Lovecraftian monsters that find their way into this world, there’s so much in this film to dissect and examine. It begins with a horrifying scene of a mother killing her husband and one of her daughters, while the second daughter escaping her seemingly possessed mother’s wrath. When we fast forward, that second daughter is all grown up and we are invited into her life. Things begin to get weird when her husband and friends bring her along to see a modern day guru/cult leader with the charisma of a rock star. The event itself feels like a rock concert. From there, her nightmares awaken and her life is never the same. 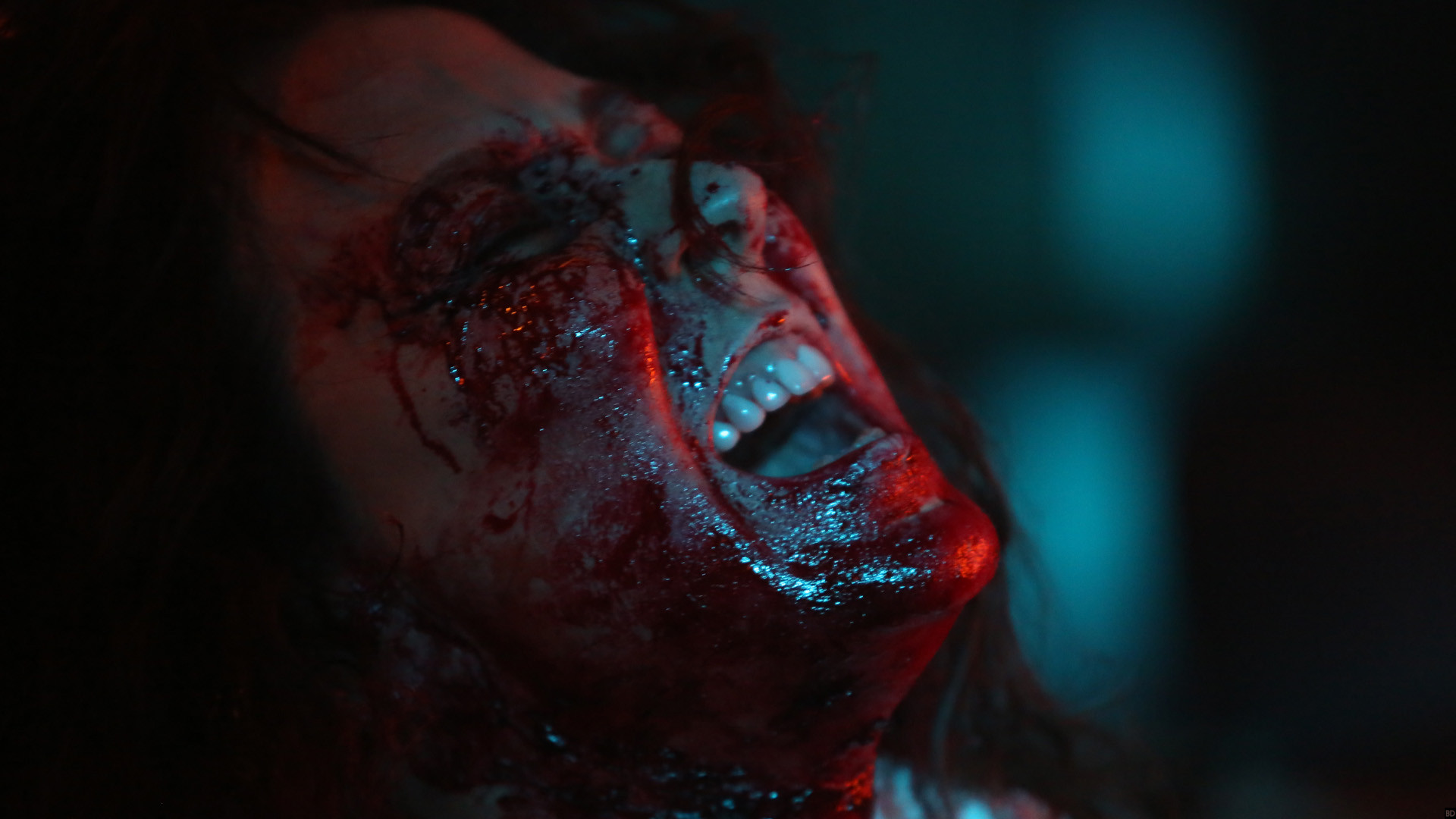 Perhaps Evrenol’s Housewife is truly and exploration of trauma and the difficulty we have in trying to escape our past. Perhaps it’s really just a narrative about deadly cults, demonic births, and the summoning literal monsters to rule the Earth. Chances are it’s a little of column A and a little of column B (or actually a lot of both columns, if we’re being honest here). No matter the case, this is a film that find itself as a powerful and worthwhile watch for horror fans of a variety of shapes and sizes.

Pair this with something like Possession, something like Mandy, or even just pair it with Evrenol’s Baskin. It works in so many different ways, that you can pair it with so many different things… or just take it in all by itself. No matter the case, this film is releasing on October 2nd and you’d be a fool if you consider yourself a horror fan and don’t snag yourself a copy.