Local Philly filmmaker Ian Kimble and his Philly based production company Shoestring Gold have recently finished up their full length feature, Dead Giveaway, based on their beloved 2015 short film of the same name. I was lucky enough to get my chance to screen the film this past week and it was a fantastic experience. It’s surely not a “horror” film, but to dismiss it from being a solid Halloween time watch would be foolish. It’s a violent and dark comedy about murder, mistaken identity, and just trying to make it through the day. Here’s a brief summary from the film’s website:

After a long hard night of drinking, Jill wakes up next to a man she doesn’t know in her bed… who has been stabbed to death.
​
With the help of her friend Lia, she tries to figure out who the murderer is, all while trying to hide the issue from her roommate.

A strong cast of little known actors and a crew of even lesser known filmmakers came together to create a stellar little film that continually entertains. There are a few laugh out loud moments, but most of the laughs are more nuanced and less broad. The comedy never goes full pitch black, but any film played for comedy that features a good amount of violence and a plot based on finding a dead body in bed is surely pretty dark.

To say much more who give away the twist and turns that make this film a ton of fun. Instead, I offer the words of wisdom that you should keep your ear to the ground for news on when and how you can catch this film. Stay connected to Shoestring Gold on Facebook for details and more. 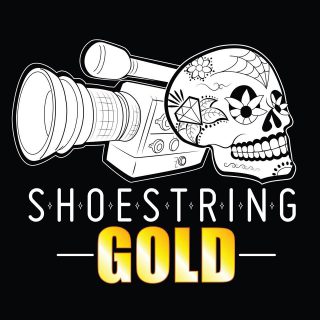