Five queer horror films, vastly different in size and shape, graced the screen at Wythe Hotel Cinema on Saturday. Below is brief rundown, including the description that was included in the program for each and a few of my thoughts. I plan to revisit most of them and not one in the bunch is in any way forgettable. These films make an impression, so check out my brief reviews and then do your best to seek out where you’d be able to find these playing near you.

An unnerving exercise in folk horror, this shocking look at hidden truths follows a young member of an isolated church community whose deepest secret has tragic consequences.

The shorts block kicked off with a doozy, a dark revenge tale that places religious fundamentalism and forbidden love at the center. For me, the intersection of religion – especially fanaticism – and horror is a thing of beauty. It is emotional, painful, powerful, and delicious. And, for that reason and the fact that this is such a wonderfully crafted story, this is probably the film that most resonates with my sensibilities. I expect to return to it many times and push it for other festivals and screenings with as much limited influence as I can.

Once depression takes a hold of Sarah, it’s impossible to let it go.

This missed the mark for me a bit, despite being so beautifully shot and artfully put together. The ending feels like it’s missing something, as do several moments. Perhaps it’s just me; in fact, it likely that is the case. It just didn’t quite strike me overall. Yet, I found myself still captivated by it and glued to the screen. I’d be very curious to see if a second watch unlocks some of it for me, as it feels like a short film with true power, especially for those who have dealt with trauma, suicide, and depression. 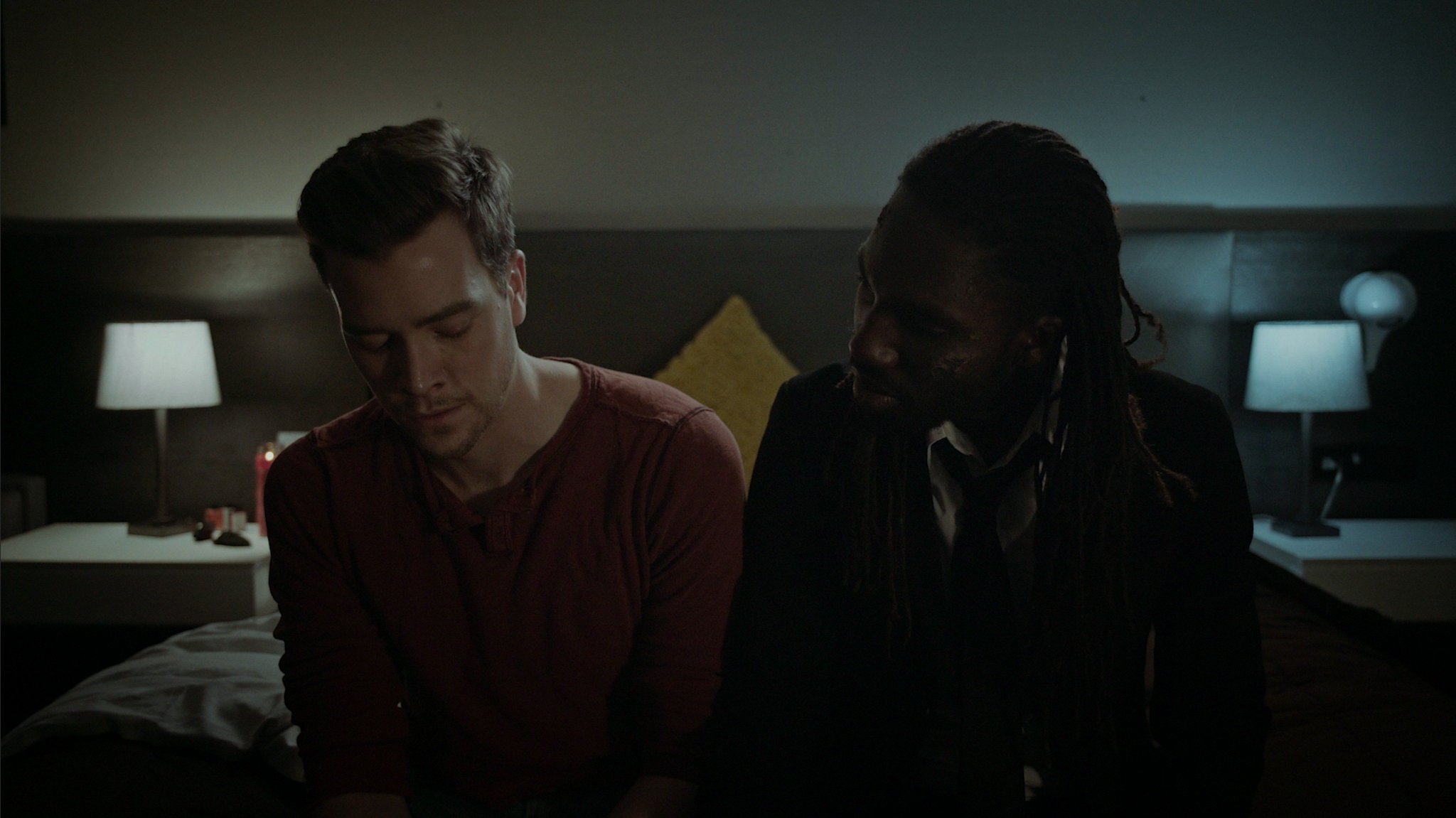 Ten years after selling his soul, Kevin comes face to face with the demonic salesman. As it turns out, though, the demon has deeper feelings than Kevin realized.

This one, while relatively short and to the point, is really effective. Essentially just a brief discussion between a debtor and a debt collector, it has some great twists, raw sexual attraction, and a solid payoff in the end. The two characters have great on screen chemistry and the simple premise really works because of them. Perhaps the film that I’ve thought the least about since watching this block, but that doesn’t detract from how much I enjoyed it.

Isabella, a gallery owner who’s searching for love, is instantly attracted to Camila, a younger and seductive performance artist. But will art imitate life?

While the opener is probably my personal favorite, this is probably the highlight of the set in many ways. It works for numerous reasons, most of which revolve around a strong script and a duet of fantastic female actors at the helm. Blood and sex are always a great mix when trying to creating titillating entries into the horror and thriller genres. This one is no different. The final moments aren’t necessarily ones you couldn’t have predicted, but they really deliver.

Prepare to enter a surreal dream-world overcome by sexual desire.

Brooklyn champions diversity with shorts and features like the ones noted here. We support that and definitely support these films. It’s important to hear stories from a variety of voices, even when those voices decide that malformed genitals are the way to go.