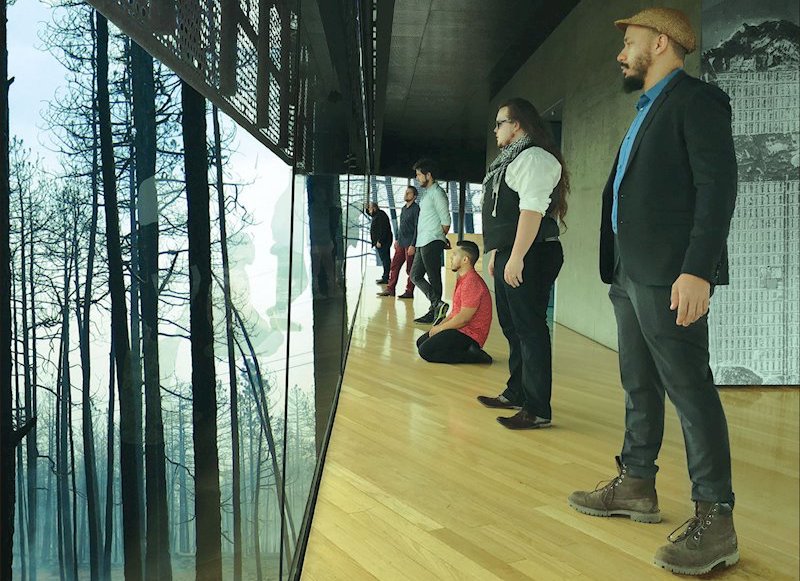 From the opening track of Revolution, it’s certain that the listener is in for something a bit different. Heavy rock bass, soaring improv jazz guitars and horns, latin beats, and even a prog-rock/sci-fi influence, the music is simultaneously challenging and approachable, causing you to alternate being stunned appreciation, tapping your toe, and banging your head. Each track has its own flavor, each features the instruments in different and exciting ways, and each gives the listener a distinct mood or feeling.

Bassist Joan Torres began playing music at age 10, although he was fascinated with music for as long as he can remember. He formed his first band in the 8th grade and never looked band. With friends and teachers mentoring him along the way, he became a respected musician in multiple arenas. Now, he’s an award winning master of his craft who surrounds himself by other award winners and masters.

As a child, I grew up hearing a wide array of music. My father especially loved jazz greats of his era like Chuck Mangione and Maynard Ferguson. Between this heavy influx of big band jazz and my mother’s love of 70s singer-songwriters, I grew to really appreciate piano driven jazz and rock, to this day considering more modern rock pianists like Ben Folds among my favorite all time artists. Thus, one of the best things about this upcoming album for me is when the piano takes over the lead… which happens at the perfect rate, allowing all of the instruments to have their times to shine.

The frenetic moments on the album are reminiscent of improv jazz like Captain Beefheart’s weirder stuff or the even moreso jazz greats that grace the inner circles of clubs in cities like New Orleans and New York. In fact, at the moments where the improv jazz style of some tracks on this album gets harder and more intense, I’m reminded of Philly based art-rock/hardcore/jazz fusion band The March Hare, who blew me away years back before going their separate ways in the later part of last decade.

At its core, the album is an explosion of so many different styles and sounds that bring to mind too many comparisons to name. It’s the type of melodic, yet avant-garde jazz fusion that frequent Flying Lotus collaborator Thundercat has become synonymous with. In other words, you need to hear it for yourself.

Standout tracks include “Aftermath” (video featured above), the lead track “Rebellion”, and the groovy “Ambivalence”, with the last being this writer’s personal favorite. The album hits on April 21st, far and wide, but fans of jazz fusion can snag a sample now. You can pre-order the album on Bandcamp and get an immediate download of “Aftermath”.