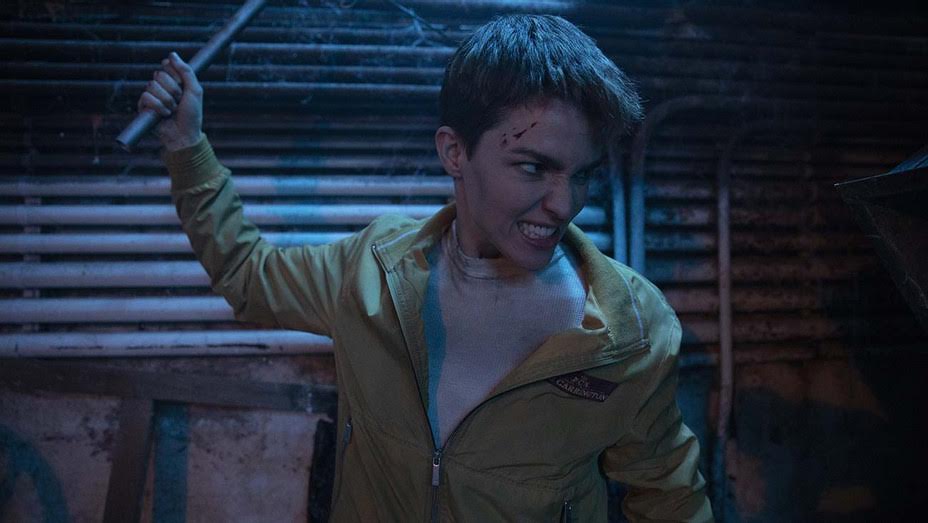 Of all the movies that are premiering at Nightstream, this is the one that had the chance of possibly being my favorite of the festival. I couldn’t even contain myself on the awesomeness that this movie exuded simply for three main reasons. The movie stars badass Ruby Rose. It also stars action genre icon Jean Reno as the main baddie. Finally, it’s directed by Midnight Meat Train’s Ryuhei Kitamura! The film is The Doorman. While the movie doesn’t quite live up to my expectations, the charismatic Rose and some decent fight sequences do enough to make this worth a watch.

Ruby Rose (John Wick 2, Batwoman) stars as Ali, a former Marine turned doorman at a luxury New York City high-rise who must outsmart and battle a group of art thieves and their ruthless leader (Jean Reno, Leon: The Professional), all while struggling to also protect her sister’s family from any harm that might come their way.

The Doorman wastes no time getting revved up, opening with a prologue action sequence showing what caused Ali’s to fall from grace (ending on a slick mesh-cut of her falling backwards from an explosion to lying in bed). Unfortunately, the film does slowdown over the next half hour to set up all the pawns and put the main crux of the plot in motion, which honestly was kind of a letdown after that hyperkinetic opening. However, once the motley crew of art terrorists arrive, led by aristocratic Victor Dubois (Jean Reno), I finally get what I was waiting to see, which is Ruby Rose engaging in fisticuffs with low level goons. The few fight/action sequences that are sprinkled through the back half of this movie are quite exciting, shot with an assured hand by Kitamura with the occasional stylistic camera movement or shot. Let me be honest and say that this movie lives and dies by Ruby Rose, who completely shines through the average plot and pacing of this movie to truly shine. She’s charismatic as hell, can throw a punch like any of the big action stars, and completely commands the screen whenever she is present. Without her, this movie might have ended up being a big disappointment for me, but Ruby Rose clearly shows why she needs to be in more movies and should be the main star on the marquee. We really need to get this woman her own action franchise, and while we are at it, perhaps we can team her up with Mary Elizabeth Winstead and really make the world right.