I’m lucky enough to be one of those people who has a best friend type that I’ve been tight with since… well… since he was born in 1982. He and I are about a year apart and we’ve been inseparable since that time, minus a few spats over girls but those don’t really count. His name is Jon.

When he and I were young, he had another close friend who lived nearby (on his street, if I recall correctly) named Doug. Doug and I did not immediately hit it off, in fact I remember arguments and fights over toys and over who was Jon’s real best friend. But that wore off in time.

Doug, Jon, and I were very into the who music scene in North Jersey in the mid to late 90s, along with a large circle of friends that also included a punk rock kid named Ian. Ian oft rocked a tall mohawk or liberty spikes and was an outright good dude. While we all had varying degrees of punk rock fashion to our dress, Ian was the real deal in his 77 punk meets west coast skate punk look. 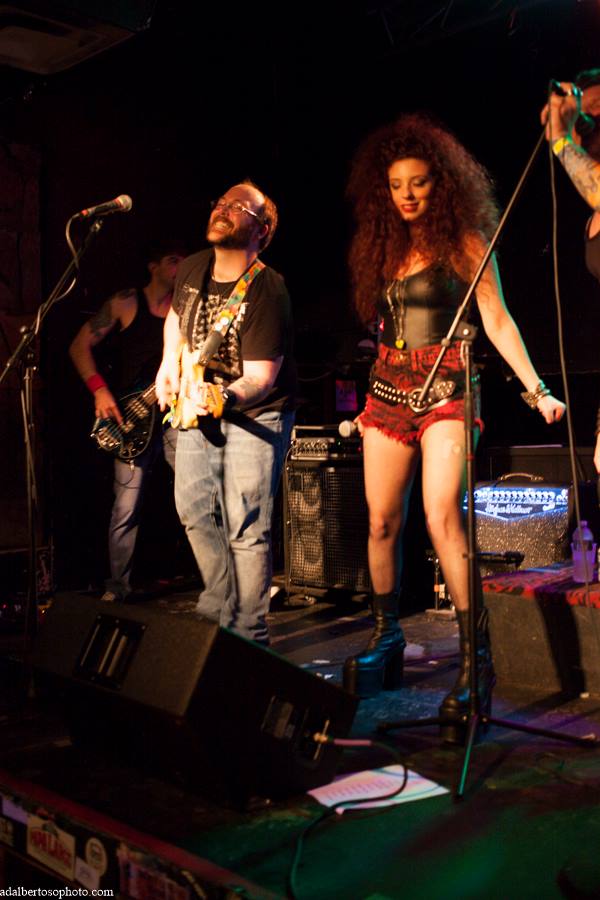 Fast forward to 2014 and we’ve all grown up. Ian’s punk rock hairdos have been replaced by some male pattern baldness, Jon and I moved to PA, and our musical interests and tastes have grown by leaps and bounds. Doug and Ian are significantly better musicians than those scene kids from the 90s and they prove it regularly by playing bass and guitar, respectively, for Chevonne and the Fuzz.

Generously donating a track to the Cancer Sucks comp, my two childhood friends (whom I met through my buddy Jon) have sparked my interested for straight ahead gritty rock. Joined by several other NYC/NJ musicians who rock equally hard, The Fuzz is sure to get your blood pumping whether you are checking them out live or listen to Fire At Will. Classic rock meets pop hooks and a modern edge, check them out!