I wouldn’t bother with writing a review of Hook. That’s been done. Instead, here’s a letter to the late Robin Williams. Let’s forget the negative reviews and the deplorable 30% Rotten Tomatoes rating. Hook is simply superb and makes every bone in my being miss Robin Williams all the more. Watching Hook, now as a father, has a far deeper meaning than I could have ever imagined, making it as timeless as its legendary leading man.

Note: Forgive the disjointedness of this post, as I am still operating under very little sleep and can’t seem to clearly communicate the gravitas of Williams’ death.

I love being a child born in the 80s (1981, to be exact), not because of the 80s, specifically, but because I grew up exposed to everything that the following decade had to offer. My fondest memories of the 90s have your fingerprints all over them. The Genie. Mrs. Doubtfire. Peter Pan.

As is with your character, Peter Pan, I am guilty of growing up, too. I have no idea where that line was drawn and when I fully crossed its threshold but, boy, do I miss certain parts of childhood and young adulthood. I watched Hook again for the nth time Sunday night. I had forgotten the early parts of the film that pointed out the lack of involvement in Peter’s children’s lives. Instantly, I felt convicted. I saw myself there, responding to my cellphone during my daughter’s play or standing in front of an empty baseball field. Damn, Peter, why did you have to be so… like me.

Mr. Williams, I am very blessed to be able to work from home and see my wife and kids throughout the day and for most of the week. Although this is convenient beyond what my near-sightedness tells me, I find myself in situations similar to what the “older” Peter experiences. The loud noises and distractions turn me into, well, “a grownup,” and according to the Lost Boys, “all grownups are pirates.” Many times, I would snap and yell for silence. It’s not until much later that I would realize that I could have been gentler in my approach and could have been a bit more loving in my delivery.

Hook is a resource for parents – dads, in particular. I mean, why not? There are so many things that I picked up from watching it again as a parent, such as: 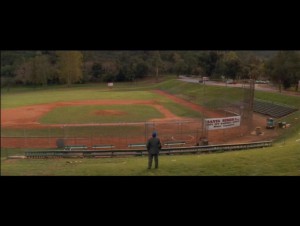 Hook points out that it’s healthy to keep our childhood memories fresh in our minds. As we grow older, we can either retain our childhood memories or slowly lose them. We can easily rob ourselves of that irreplaceable joy – of those happy thoughts – that keep us from losing our marbles (sorry, Toodles). Childhood feeds a part of us that adulthood cannot satisfy.

Parents, keep creating happy thoughts for your kids. Kids, watch Hook with the same admiration as your parents did years ago and be ready to feel the same convictions I did as adults when you watch it with your children. Tell your kids Neverland is real and fly out there with them if you must.

Thanks, Mr. Williams, for a career that helped create some amazing childhood memories. Thank you for a legacy that now serves as a source of wisdom in my life as a dad.

Sincerely,
Efren and the entire staff at The Farsighted

“I wanna see Hook again because I so don’t like that movie, and I’m hoping someday I’ll see it again and perhaps like some of it.” – Steven Spielberg

Mr. Spielberg, you have had the privilege of working with Robin Williams, who was perhaps the best candidate to play the part of Peter Pan. So, I charge you to look beyond the technical limitations pointed out by your critics. The next time you watch Hook, you’ll like ALL of it.