I first heard of these guys from their 2012 self-titled release when a few of their songs earned a somewhat regular rotation on the Sirius Liquid Metal station, and my interest was sparked. They were super heavy with what seemed like socially and politically charged lyrics that you could more or less understand. Now don’t get me wrong, I’m a seasoned metalhead, what I deem as “understandable” lyrics may not fit everyone’s definition and some people may think it is just senseless growling, but rest assured, if I can’t understand the lyrics after a few listens, no matter how good the music is, I usually cross that band off my list; that did not happen with Whitechapel. 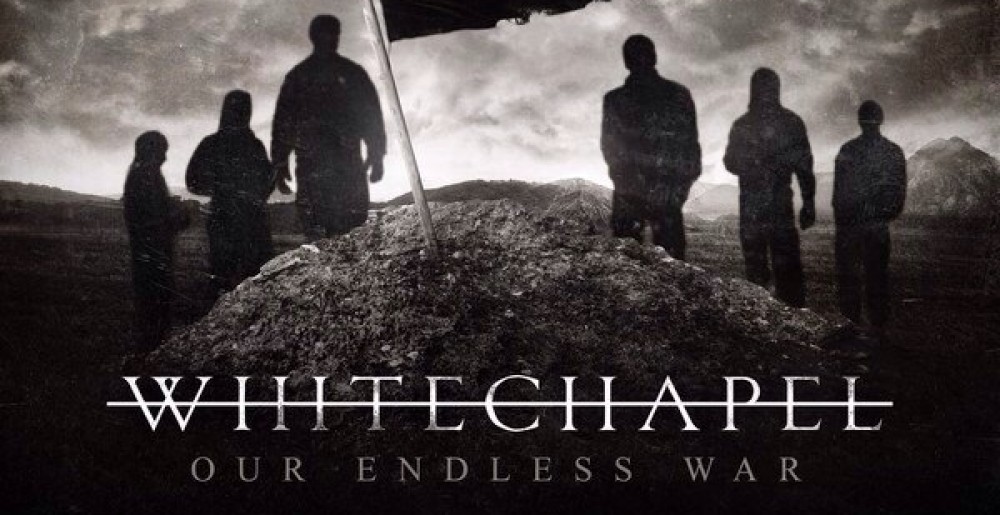 Our Endless War starts out with more or less of an introduction to what you can come to expect from the rest of the album. The opening instrumental track “Rise” does exactly that, it builds from a quiet beginning to a point where you are expecting a full blown assault of metal, and as soon as the second track (the title track) starts it does just that.

The music is a little more refined than on the self-titled release from 2012, yes the super low drop tuned guitars are still there with the pounding drumming, but there seems to be more of a focus on the music not just being heavy, but also having some complexity. The lyrics on the surface seem angry, but there is a political and social drive behind the themes of the songs, it is not just randomly thrown around angst that I feel you see way too much of in the world of heavy music. There is nothing particularly leaning to one end of the political spectrum or another, but more of a commentary of the state of our nation and our culture; and it is not a positive one. Some may be offended by the lyrics in some of the songs, but I say this is metal, not pop-punk, if you are offended go back to Good Charlotte or something like that.

Overall this is a solid metal-core release with a message and a true headbanger’s album. If you like any Metal Core, this is a must listen, especially the song “The Saw is the Law”, I can’t tell you how many times I’ve been walking around singing the chorus from that song; something I can’t say for many bands — or songs for that matter — in this sub-genre.