This film is a hip hop film, a punk rock film, a coming of age story, and comedy all in one. It takes on some very real and important themes in a fresh and exciting way. And Zoe Kravitz is in it, which is always a plus.

Fandor’s contributions to this week’s discussion could be endless, but one great option is The Bad Bunch, a film that’s entire message and story center around racism, prejudice, and violence. Sound a bit poignant for our times? I’d say so. If you like streaming and looking for to stream your favorite tv channels check out how to install smart IPTV.

Also, I’d recommend you head over to the site and look at the spotlight section entitled Black American Cinema. Lots of great films to check out. 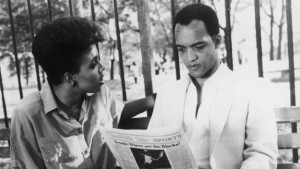 Not only a milestone in black film, but a huge milestone in independent film and in the general film landscape, She’s Gotta Have It is Spike Lee’s debut. It’s currently playing on Tribeca Shortlist as part of Wendy Williams’ shortlist entitled “You Go, Girl”. This is a must watch for fans of Spike, fans of indie cinema, or anyone who appreciates a film with a strong female lead.

In addition to these three selections from Netflix, Fandor, and Tribeca Shortlist, you may have noticed a second streaming suggestion column debut this week, Two of a Grind.

While this week’s post of two films featured on The Grindhouse Channel isn’t Black History Month centered, a little lurking around on the channel will quickly reveal that there are a few blaxploitation classics and several other films that have some cultural significance in this discussion. If you wanna head over there, may I suggest Scream, Blacula, Scream, the 1973 sequel to blaxploitation classic, Blacula.

While not what I’d call a good film, Pam Grier is just awesome in this. Then again, when isn’t she? 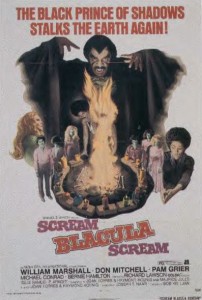