When watching microbudget/no-budget films, you are forced to watching through a different lens. A larger budget documentary, for example a Michael Moore or Morgan Spurlock film, has a great deal of focus on the cinematography and overall look of the film. Much low budget cinema handles this quite differently, with use of creative camera work and a focus on aesthetics rather than crisp, clean cinematography. In a low budget documentary, the focus is very much on the content with less emphasis on the look of the film.

With that in mind, the picture quality of Steampunk: Retrofuture is not something one would rave about at all, but most of the time it’s not terrible at all. It certainly isn’t distracting from the interesting content, which is what this documentary is clearly focused on. 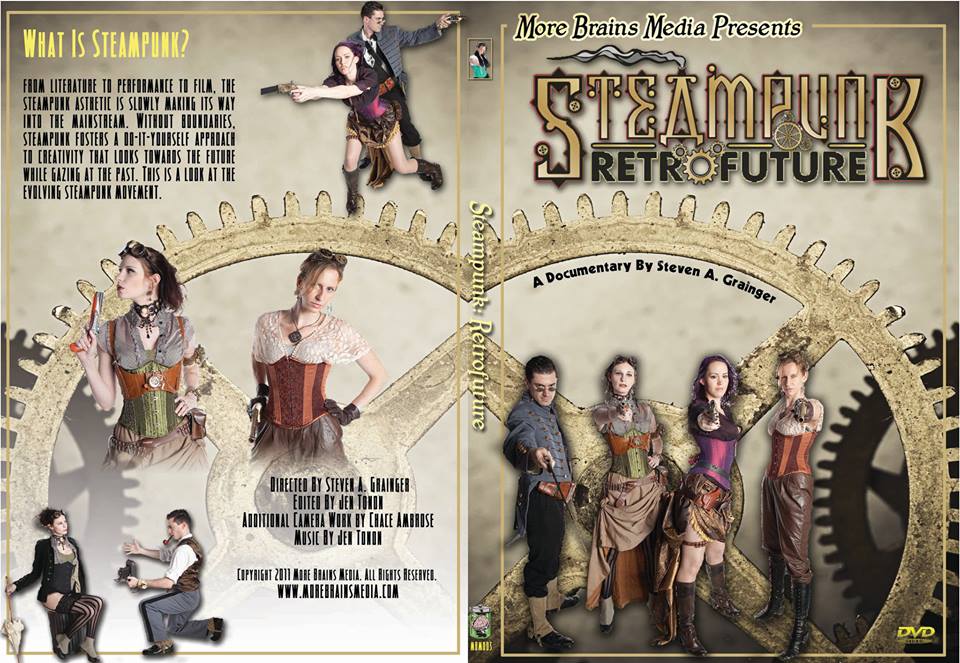 This documentary film is 100% interviews with people involved in the steampunk scene and genre. There are authors, musicians, playwrights, actors, dancers, and more. The film does a great job of showing how widespread the genre has become in the past several years. With a simple google search, you can see that this trend didn’t disappear in the past couple of years since this documentary’s release. Steampunk is alive and well.

There’s not much narrative to cover in terms of review here. This is straight forward documentary that serves two equal purposes, informing newcomers to the genre and paying homage to some of the cool independent artists in the genre. Each subject in the film shares a bit about what they have done in the scene and explains a bit about what steampunk is. As a relative novice, the doc served me as a small sample that whet my appetite for more steampunk goodies. Luckily for me (and you), I was able to find a handful of the music, film, and literature for the artists in the documentary.

One of the subjects in the film that piqued my interest most was a filmmaker who discussed some of his short films. He explained that he was making steampunk before he knew exactly what steampunk was. His aesthetic just happened to line up. One of the most intriguing projects he discussed was a steampunk retelling of the story of the Tin Man from The Wizard of Oz.

In a brief 55 minutes, Steven A. Grainger brings the viewers into the world of this Neo-Victorian aesthetics and Science Fiction alternate histories. Removing himself from the equation, he simply lets the interviewees do all the heavy lifting. What we’re left with is a love letter to the genre that leaves us wanting to learn more about this fascinating genre.

Head over to the More Brains Media FB page to find out how to obtain a special edition DVD with all of the full uncut interviews and check out their other indie films and projects.

And check out some tunes from The Extraordinary Contraptions below.