Screened at PUFF along with the (really excellent) animated short Sonder During End Times, which you can watch right here. 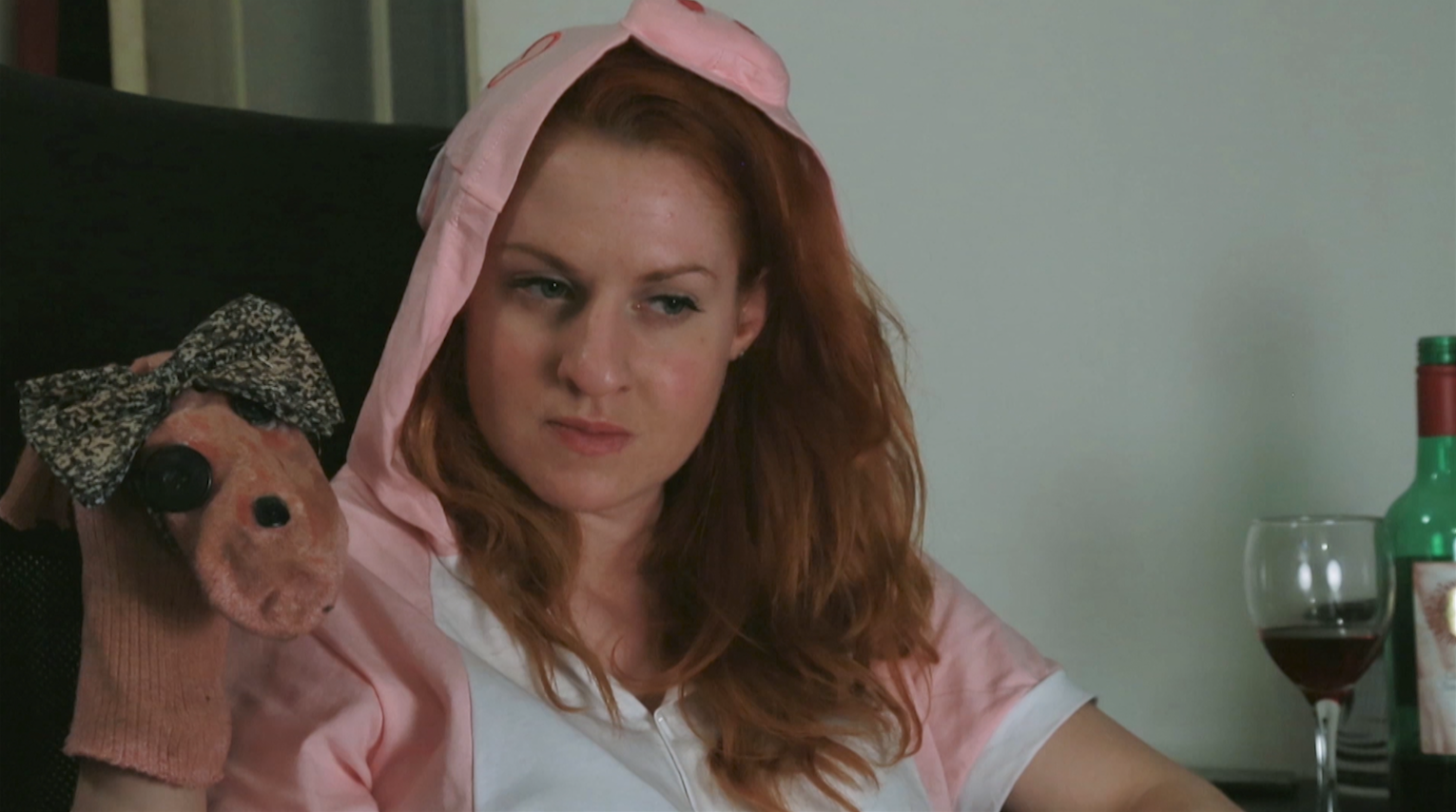 I really enjoyed Egomaniac – it’s a great premise with an excellent cast made on a microbudget – exactly the kind of thing you go to a film festival like this for. The form here is what really worked for me – we’re watching a movie about a filmmaker that’s trying to get her horror movie made, that also happens to be the horror movie she’s making, complete with dream sequences of the horror movie she’d like to be making. Meta enough for you? Not yet, because it doesn’t just double as a horror movie about horror movies, it triples as a horror movie about the movie business at large. There are some great jokes about being a woman in the field, the thin line between art and commerce, and the question of whether any artistic endeavor is even worth the compromises that must be made to complete it.

I would say the film overall has its ups and its downs – there are a few sequences that are maybe a little longer than necessary, and when you’d want it to finally escalate into an effects heavy finale, it simply doesn’t have the budget for that. But it ultimately is aware of its shortcomings and uses them to its advantage, instead building to a really clever finale that should speak to anyone that’s ever tried to make a thing, and is really quite funny.

I believe this is the first full-length film by writer/director Kate Shenton, and it’s a really strong debut. She has a great sense of comedic timing, and uses her camera to emphasize the egocentric themes of the movie. We’re constantly getting head-on close-ups of characters talking directly into the camera when they’re having conversations with each other, as opposed to from the side or over the other character’s shoulder. It really highlights how self-centered the protagonist is – it’s like we see all of these people from her perspective, rather than what they might actually be like from a third person point of view. That helps sell a lot of the comedy as well as the commentary on the type of person that desperately tries make a thing and the industry that’s so eager to take advantage of their willingness.

Overall I really enjoyed this and it’s definitely one of the highlights of the festival. I believe this marked the North American debut of the film, so hopefully it gets a bit of press and has a chance to screen other places around the States, it’s certainly worth catching if you’re a cult horror fan.