[Editor’s Note: This film was presented as part of Chattanooga Film Fest last month. It’s currently making rounds all over. We apologize for the delay in covering it, but with Lynch helming the grand return of Twin Peaks later this month, we didn’t want to miss getting some coverage on this great film about an interesting, interesting man.]

It’s been over ten years since David Lynch directed a feature film. His last, INLAND EMPIRE, was an inscrutable nightmare of tangled, nesting plots, films-within-films, and sitcoms involving anthropomorphic rabbits succumbing to the crushing weight of existential dread. In other words, it was a David Lynch film, only more so. It still patiently waits around for the rest of the world to catch up to it. As for Lynch, his work as a filmmaker has essentially stopped. He’s remained in the public sphere, releasing a couple records on Sacred Bones, done charity work and has given many talks on Transcendental Meditation. He even has his own brand of coffee (of course). But the films have stopped coming.

But in 2017, Lynch is back in a big way. We’re just a couple weeks out from the debut of the much anticipated, much hyped revival of his and Mark Frost’s cult-hit 1990s television drama Twin Peaks. This marks Lynch’s return to the director’s chair, helming every episode. On top of that, Olivia Neegaard-Holm, Jon Nguyen, and Rick Barnes have directed a documentary that presents David Lynch on the other side of the camera. David Lynch: The Art Life is comprised of a series of interviews in which Lynch, with his unruly shock of gray hair and ever present cigarette, performs the role of David Lynch: Auteur and Artist. It’s fashioned as a feature length interview; but it plays more like an essay film, with the directors capture Lynch as he muses on memories of his formative years, his artistic process, and his philosophies on art and The Artist. He speaks of the world of his childhood; the worlds that can exist within the space of a neighborhood block. He recalls Philadelphia, a city that had a profound impact on his formation as an artist; a place he describes by saying the air was thick with fear. He speaks of The Art Life, which for the young Lynch meant smoking cigarettes, drinking coffee, and painting. 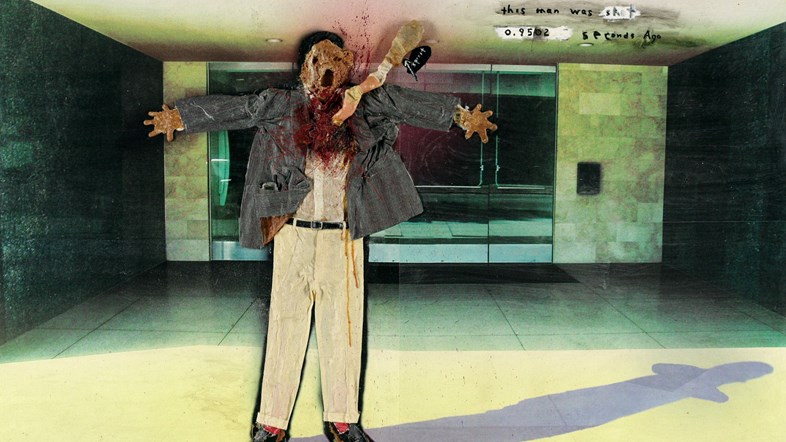 For Lynch, remembering is itself a creative act. The details and narratives he draws out from his memory bear the same uncanny, dreamlike quality that can be found throughout his work. It makes him a fascinating character, and a great interview subject.

Lynch has never been particularly open about the meaning or intent of his work. He lets the films speak for themselves, and simply exist in their own but in interviews he often plays up their ambiguity and elusive dream logic. See, for example, his “clues” for unraveling the puzzle of Mulholland Drive, which were published in the liner notes of the DVD release. Art Life doesn’t change that. Instead, Lynch, the film maker and artist, in the autumn of his life, reflects back upon his memories of childhood, and they shaped his view of the world. Growing up, Lynch wanted to be a painter. And painting acts as the lens through which he frames his discussion. Interspersed with archival footage and stills from his youth, the bulk of the film involves him painting in his studio, along with displays of his artwork. Lynch’s painting touch on similar themes to his filmography, capturing the grotesque in the mundane, and the juxtaposition of innocence and perversity; “deep darkness and splendor,” as the text in one painting so succinctly puts it. 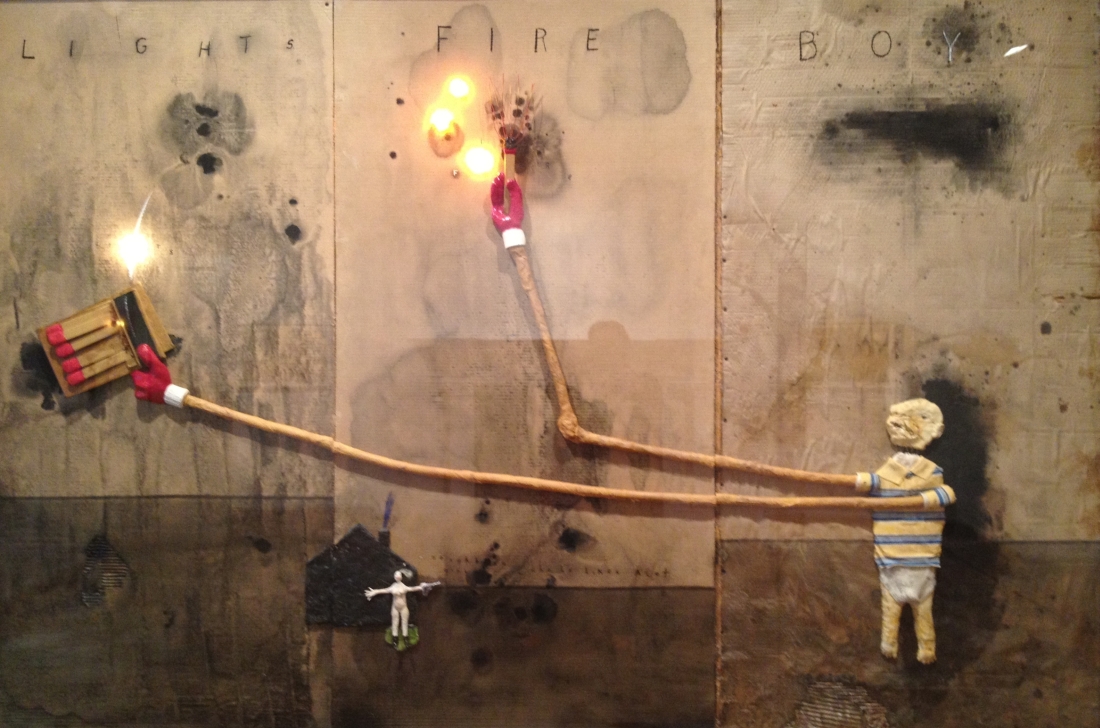 Those going into The Art Life hoping to get some behind-the-scenes recollections, or insight into films like Blue Velvet, or Mulholland Drive might be a little disappointed. If you are familiar with Lynch, or have read Lynch on Lynch, the career spanning collection of interviews, this is familiar territory, and there isn’t a whole lot of new information. Lynch only briefly touches on the making of Eraserhead at the end of the film. Most of the interviews cover Lynch in his formative years, growing up in Montana, Idaho, and Virginia, and his time as an art student in Boston and Philadelphia. Instead The Art Life provides some context into his approach to making art, whether it be painting or filmmaking. It provides a glimpse into the formation of that vision of “deep darkness and splendor.”