My favorite day of the year has come and gone in another 12-hour whirlwind of movies presented by Exhumed Films. Ex-Fest VII, Exhumed Films annual exploitation marathon, was even better than last year’s, my first time at the event, and easily the best of the 4 or 5 marathons of theirs I’ve seen since. The selection of films was excellent this year, including a totally unique 3D presentation of the kung fu flick Dynasty, and Exhumed treated the audience to an incredible surprise guest before the final film. If you’re not familiar with Exhumed, they collect 16mm and 35mm prints of genre films and hold special screenings of them throughout the year in and around Philadelphia. They provide audiences the opportunity to see rare films in their original formats and have built a great fan base of perfect movie nerds to see these films in a crowded theater with.

This year’s fest opened with a special 3D presentation of the aforementioned Dynasty, a kung fu (or maybe wuxia?) flick from the 70s that was specifically designed for a very old 3D format. Exhumed apparently put quite a bit of money into designing a totally unique, brand new 3D system to project this in its full three-dimensional glory from an original 35mm print. The system they designed allowed for it be projected like a modern 3D film would, and it looked fantastic! The glasses they designed, which are similar to those you’d get in a theater today, were far more comfortable than any I’ve ever used before, and actually fit well over my glasses. It was a real treat, full of flying guillotines, swords, and dismembered heads coming directly out of the screen, even if the movie didn’t make any damn sense. And apparently it was all a test run for a full 3D show they will be doing in the future – you can bet I’ll be there. 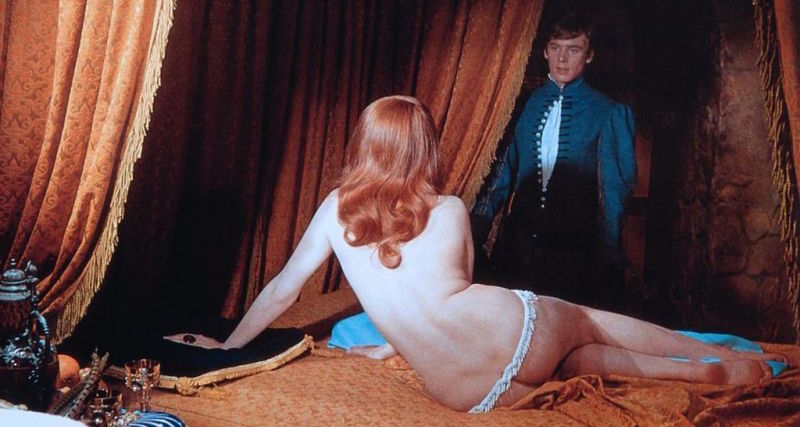 The night continued with a series exploitation flicks from various genres, including blaxploitation, spaghetti western, shocksploitation, and a Mad Max rip-off. Per usual, they screened a series of trailers relevant to the various genres in between flicks, such as personal favorite Friday the 13th Part 3-D, Pumping Iron (actually, not exactly sure how this was relevant, but always a pleasure to see), Sextette (which I had never heard of and am now dying to see), and what simply must go down as the greatest exploitation title of all time – Tower of Screaming Virgins (for which no trailer is available online). You can find a list of all the trailers they screened over on my Letterboxd if you’re curious – having a fresh list of oddities to seek out is one of my favorite things about this event.

My favorite film of the night was probably Death Rides a Horse, a spaghetti western starring the effortlessly cool Lee Van Cleef. I often find westerns to be boring, though peppered with a handful of memorable scenes. This was absolutely engrossing from start to finish, with an excellent premise of two men tracking the same gang and playing cat-and-mouse with one another in an attempt to be the first to enact their revenge. It’s got some exciting plot turns and great set pieces, but it’s really Van Cleef’s magnetic performance that carries this whole thing. He is one of the most watchable actors I’ve ever seen and I was so excited to get to see him in something I had never even heard of before. 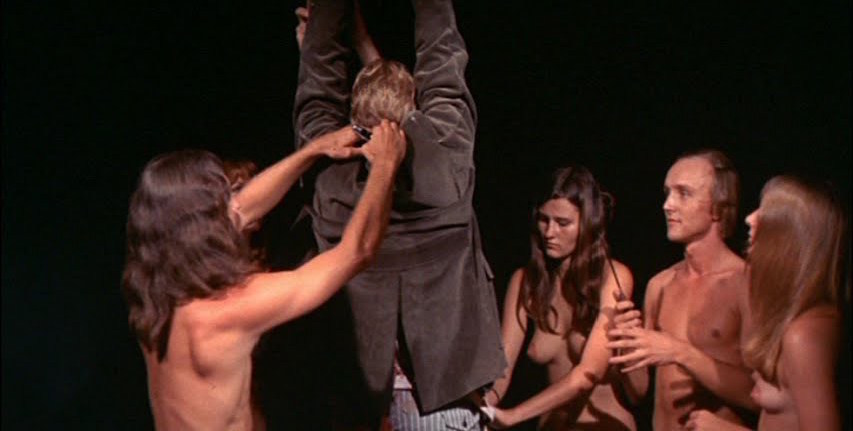 I also greatly enjoyed Love Me Deadly, a very bizarre and I imagine controversial horror movie about a woman that desperately wants to have sex with a dead body. Yes, it’s a movie about necrophilia, and one that takes it fairly seriously. As a film, it was really impressive to me – most of its story is conveyed through imagery rather than dialogue, something I just don’t feel like I see enough of today, and something that I did not expect to work so well for a film with this subject matter. It explores a lot of different facets of this particular sexual proclivity, and it generally does so without being moralistic about it. The film is sort of billed as a horror movie, and does have some more horror-centric bits, but they feel like they’re tacked on to sell the movie. The movie itself isn’t particularly concerned with these elements, and mostly focuses on the main character’s legitimate struggle with necrophilia, and for some reason I found the whole thing just fascinating.

We also saw The New Barbarians, which a friend accurately referred to as Bad Max, though it is not without its b-movie charms. Less charming were Street Asylum, a mess of movie from 1990 starring Wings Hauser, and Combat Cops, better known as The Zebra Killer, which has an awesome premise that it jettisons halfway through. Neither of these were really my cup of tea, but they were still enjoyable with the Exhumed audience.

The highlight of the night was the closing movie, as it often is, but this year was particularly special. Most of us had gone outside for a cigarette before the final film, and one of festival runners came out to inform us that we should hurry inside so as not to miss a special screening of something before the final movie. I rushed in and was treated to this hilarious No Smoking ad starring John Waters. But that wasn’t the only surprise Exhumed had in store – as soon as the ad finished, John Waters himself walked on stage with Elizabeth Coffey to introduce

Waters also said the single greatest thing I’ve ever heard in my life. He was talking about Divine and her passing, and he said he and his friends have since purchased grave plots next to hers. He then invited the entire audience to come shit on his grave when he dies. This man’s ethos may have just changed my entire life – at the very least I never imagined I might actually consider shitting on a grave.

Once again, Exhumed outdid themselves and I loved every minute of it. I may have been crammed in a sweaty theater for 12 hours with a bunch of other movie-weirdos, but in my opinion, there is no better way to spend a Saturday. Be sure to check out my Letterboxd list of all the movies screened at Ex-Fest VII for full reviews of each and links to the trailers they played. And check out some of Exhumed’s upcoming events, like Zombiefest III at the Mahoning Drive-In Theater where they’ll be screening all three Evil Dead films back-to-back.