My friend Josh is in a band… or like 3, I think. But 1 of them is Solarized and I really like them. They have a new demo out. It’s awesome. So listen to it and while it’s playing, read my interview with Alex, the band’s official ambastard (ok, sue me, but I wanted to use a Newsies reference… and… now I think I need to watch the movie… but anyway…):

Who are you and what do you do in the band?

My name is Alex. I am the minister of information so I will be answering questions. I create most of the art, write the lyrics and sing. Josh plays bass and handles merch related stuff (or he will when we have “merch”). Jeff is the drummer and he’s also our engineer and sound technician. Joe plays guitar and handles gear; he’s like our band mom. Together, Joe and Jeff write and arrange the songs sonically; they’re a sick duo.

How did this band come to be? Each of you give me your creative version of the history of the band.

Joe and I were in another band. When that one folded, we still wanted to play together. One day after listening to 90s emo and hardcore on youtube, I texted Joe and said I wanted to be in a band that sounded, note-for-note like the obscure 90s hardcore band John Henry West. He texted back immediately: “I’m with it”. Turns out he was listening to Sarah Kirsch (guitarist of JHW) bands all day as well. We have been on the same wavelength for awhile and it just made sense. I mentioned Josh who I have had a friendship crush on for a long time, then I posted on good ol’ Facebook about needing a drummer and Jeff was like, “yo, hit me up”. Then, a few weeks later, we wrote the first few songs and there you have it. Super boring, we didn’t fight any kaijus or find any lost magical talisman or melt Nazi faces, we just called up some dudes. Honestly, we were tired of hardcore being super cynical and nihilistic to the point where only certain demographics could enjoy it (straight white men), we were tired of hearing bands that all sounded the same and not super memorable, so we wanted to inject a little esoteric cosmology, a little anti-oppression, a little chaos, some snotty humor and some melody. We wanted to mine the sound of hardcore that we came of age listening to and see if there was anything left from that sound to explore.

How is it that you all are able to tolerate Josh? Just kidding. So tell the readers about your new album.

Josh needs only to wear his Big Trouble in Little China tank-top at live gigs and all is forgiven for his many transgressions during the week. Our new album? We’re not the Chi-Lites or Art Ensemble of Chicago, we don’t really make albums. Although, if you play our two demos back to back it kinda gives off an “album” vibe, I suppose.

What possessed you to put it out on cassettes? I mean, that’s fucking awesome, but why’d you do it?

We did it on cassette because it’s cheap and fun!

If folks happen to be from the Philly area, like you are and like I am, where can we come see you play?

Probably places like LAVA Space. By the way, LAVA Space needs funding. They’re a radical community center that does more than put on shows. It’s a unique space and they’re under attack by alt-righters and other shitheads. If people can donate to them, help them pay their bills and become a bit more “legit” that would be a huge help in the community. I have found that hardcore and punk are communities that have so much economic capital, yet, like many monied communities dominated by white men, they are reticent to put their money where their mouths are. It’s time to start fueling true alternatives to the oppressive system, so spaces like LAVA, and Community Futures Lab, and Morris Home, spaces that don’t get a lot of funding, spaces that do more than just provide a platform for white dudes to rock out but also are vital parts of the communities they’re working with, THEY NEED OUR HELP, so let’s help them. Here’s some links if people want to help:

We will also be playing at Break Free Fest May 28 with a bunch of other bands that feature members of the Black and Brown communities! It’s all going down at the Rotunda and it promises to be an awesome night.

For folks outside of the area, what’s the best way folks can check out your album and how can they reach out to the band to tell you how much they love or hate it?

It’s on Bandcamp. This may sound pretentious but like, we would probably be interested in talking about anything other than our band! I have a fondness for retrofuturism and would love to find friends to watch episodes of M.A.S.K. or the Sky Rangers with. I would also like to talk to friends about how the applications of the ideas of science fiction writers can be used to fund like, clean water in Flint or a solution to fracking, as opposed to said writers working for Boeing or Lockheed Martin developing weapons and other shit to bomb foreign countries. Stuff like that!

Even though I got some great historical background on the band, where’d you get the name? I dig it, but can’t say I know why you chose it.

It comes from a line in the Samuel Delany novel NOVA. Delany is a super dope creative genius. He’s a progressive, Black and queer writer, a sci-fi grand master. I’m also Black and queer, so his work resonated with me at a time in my life where I really needed to have something like it. The name Solarized fits our sound, I think; kind of spacey and weird but still tough. Also, like, I was trying to be a sun-worshipper for like, a month a few years ago. I was on a weird spiritual journey and didn’t really know how to connect with that side of myself, so I thought if heliocentricism worked for Sun Ra…but really, I still connect with the sun and shit that floats around in outer space, so it makes sense. Luckily the other folks in the band were on board with it!

A thumb-drive of M. Eighteen Tellez reading their collected works.

Band You Really Want to Play With?

Cutest Member of the Band?

Everyone knows it’s Josh. This question is ridiculous. 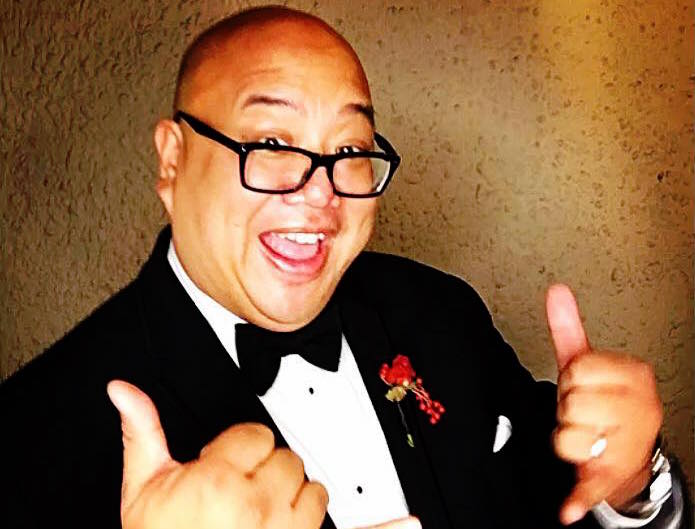 Not my favorite food but it’s my fave now… Atiya Ola’s in West Philly. They’re an African disapora owned cafe that is being forced to leave a space they’ve been at for awhile because of violent gentrification on Baltimore Ave. The food is really good and the owner is super sweet.

What is your elevator pitch on why folks should check out your band and/or the new album?

Honestly, I think it’s important to center voices of People of Color in the arts, particularly Black women, who are making some of the best, most important music, writing, visual art and film happening in the world right now. Artists like Moor Mother, Wizard Apprentice, Black Quantum Futurism, Ras Mashramani, Yatta, Coup Sauvage and the Snips, Sheena and the Nosebleeds. If I had the chance, I’d probably try to talk about them as much as humanly possible because being a black queer woman in Trump’s America (any president’s America, TBH) is not easy. There’s so many bands that are just a bunch of dudes, I think Solarized is content to just kinda chill on heavy-handed self-promo. We like playing diverse bills, soundwise and artist-wise, helping to create space for those who haven’t often had a voice. Let’s ride with marginalized people, let’s normalize queer! It’s fun over here!

And finally, any advice or kind words to leave the readers with?

Sure, I would say that as men, particularly men in hardcore, we have a chance to really help shape and mold the world because of our social capital and privilege. Let’s use that positively and help uplift voices that we’ve normally stamped out. I would like to live in a world where Black trans women are left alone to walk to the store and buy stuff that makes them feel happy, where they can get jobs and housing and ride the subway without feeling the weight of hetero-cis patriarchy and the “othering” of their being. I think it’s important for men to speak out when other men are harassing and threatening women. Let’s join the fight to end mysogyny in our lifetime. Everything else after that will fall into place. Thank you for this interview!