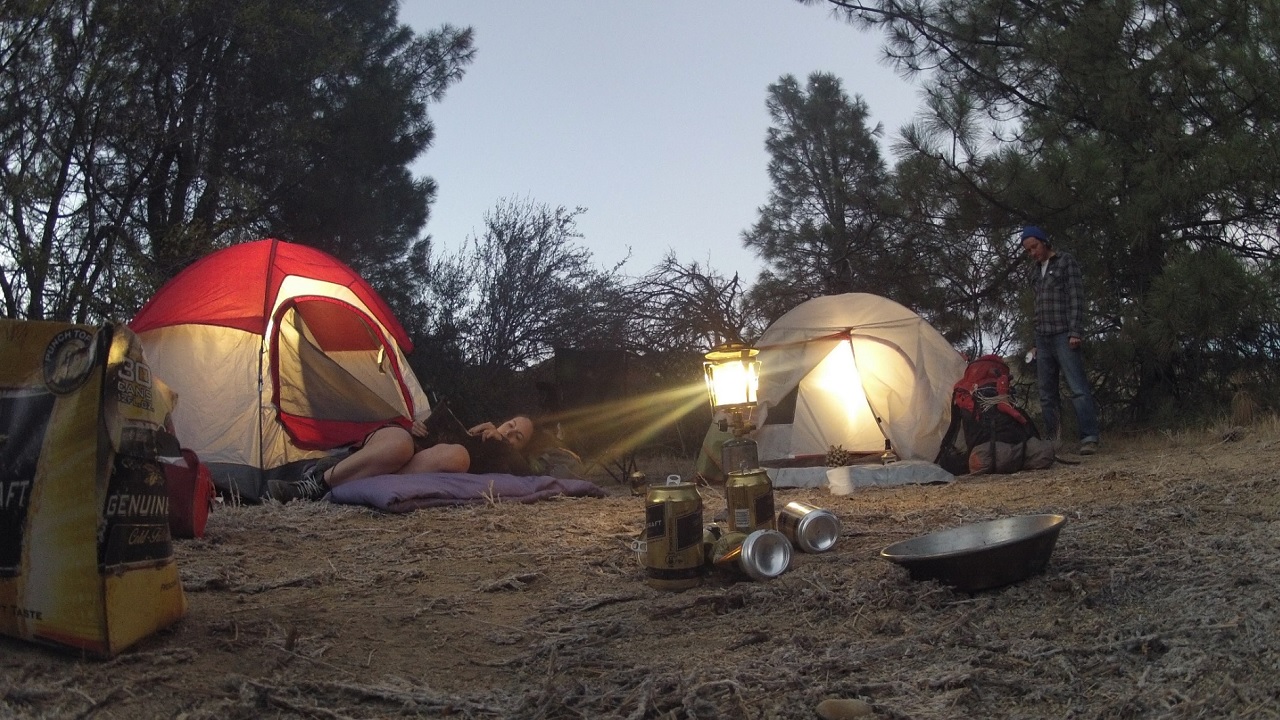 In the grand tradition of Sasquatch hunting, Chupacabra Territory (aka Lair of the Beast) riffs on such packs of adventurers questing to track a mythical creature. In the case of this film, Harry Henderson isn’t their target, but instead it’s the Chupacabra – literally translated, “the goat sucker”. It is said to have been spotted in places like Texas, Puerto Rico, Georgia, and many Southern States.

This film takes place when a group of twenty somethings go looking for the creature in the Pinewood Forest (I think it’s the Pinewood Forest in Georgia, though I thought it was taking place in Texas for quite awhile, at first… essentially, I’m not sure that matters). The film is done in found footage style and blends horror tropes, comic elements, and relationship drama to create a unique experience that is both familiar and somehow also original.

As someone not horribly familiar with the mythos of the great goat sucker, I can’t say much about the film’s adherence to the mythology. I can, however, say that it had some surprising twists I didn’t expect and was an overall enjoyable found footage style horror film. There is reanimation of dead corpses and a good dead of entertaining relationship drama/tension. There are elements of possession that I found interesting and unexpected, as well as some interesting creature feature elements (albeit with an obviously limited budget and, thus, a wise decision to leave much of the action off camera). Perhaps my limited knowledge of the Chupacabra made these elements more interesting to me and made it a stronger film; nonetheless, I found it to be a ton of fun.

I took copious notes when watching, mostly on plot elements and some thoughts I had. I decided to keep this review basic and without much detail to allow others to go in with little knowledge, as I did. Yet, I did want to share a few notes… wholly out of context… just for shits and giggles…

“These pipes are clean!” – Nice! Who’d have expected a Cabin Boy reference?

And… there’s the requisite boning in the tent scene.

Clever use of the found footage medium… deaths, blood, but no need to show monster.

Apparently orgasms recharge the batteries of folks with powers of clairvoyance?

And, with that, I leave you with a final recommendation. If you are open to the found footage medium, give this one a go. It’s a pretty well done film and worth a look or two.