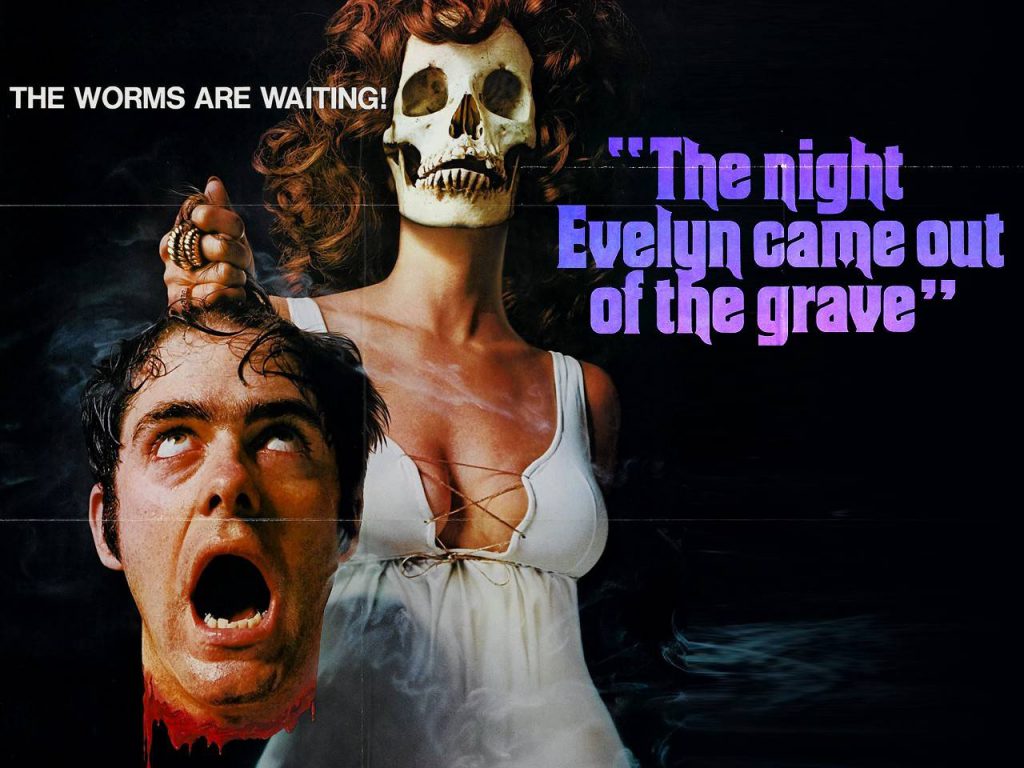 Anthony Steffen (Escape From Hell) portrays Lord Alan Cunningham, a rich and powerful gentleman who loves to torture stunning ladies with red hair, that look similar to his deceased wife, Evelyn. Of course, a man who tortures women to death, must have a lot of mental illnesses, needless to say, Steffen remarries again, in hopes for a change of the better. Soon after, Steffen remarries, he ventures back to his ginormous family estate, where Steffen’s relatives are getting hacked one by one, in a very gruesome fashion. Throughout the film, it can be a bit slow, but what really makes the film enjoyable are the mystery and the guessing of who is hacking these people up. Stranger things begin to happen, and we are led to begin to discuss, has Lord Alan Cunningham, gone deranged, or is his deceased wife Evelyn doing the killings.

The setting of the film, is some of the best I have ever seen. The torture room particularly is essentially eerie and oozes 1800 century Gothic aesthetics. The castle is also breathtaking and certainly serves as the backdrop for the film, where the mayhem occurs. The score, another great factor, is how unique and terrifying it portrays itself in the film. Bruno Nicolai, composes the score, and he gets it going to a place of a terror.

While some of the acting may have been underdeveloped, and the film tended to lose its focus, it had a story and plenty of nudity to keep any gialli fan alive. Arrow Video, the leading premier for the horror genre, debuts this Blu-ray in a stunning picture, dirt, debris and some grain are cleaned up to look and sound, better than ever.

The most interesting extras on this Blu-ray, include interviews with scream queen and actress in the film, Erika Blanc, production designed, Lorenzo Baraldi and a few other interviews, totaling over an hour. Also on this disc, is a commentary by the great knowledge of cinema master, Troy Howarth.

Overall, if you are a fan of Italian horror cinema and the giallo genre, I recommend this film. It is not perfect, but a nice way to spend a rainy night.