With a limited budget and talented – but unknown – cast, this film creates tension and genuine intrigue through a complex narrative with hard sci-fi concepts. Prisoner X is deeply contemplative, unique, and well made. Perhaps, it can feel a bit slow at times, but it ultimately achieves in being exactly the film it sets out to be… a smart, carefully crafted science fiction film that’s more interested in big ideas than big visuals.

Time travel is a tricky beast to tackle on screen. Often when explaining it, less is more. Complicated isn’t a bad thing, as long as you don’t try to connect dots more than needed. Essentially, allowing the viewer to figure our the science of it – the how – is probably best. This is something Prisoner X does well; it gives the viewer just enough of the science and technology, then sporadically interjects other information throughout to create intrigue, but never over explain. The film doesn’t force feed anything, allowing the viewer to flex his or her own mental muscle when decoding the film. Expanding the exposition would probably ruin so much of what this film does correctly; and, I, for one, am thankful it didn’t fall prey to the exposition traps. 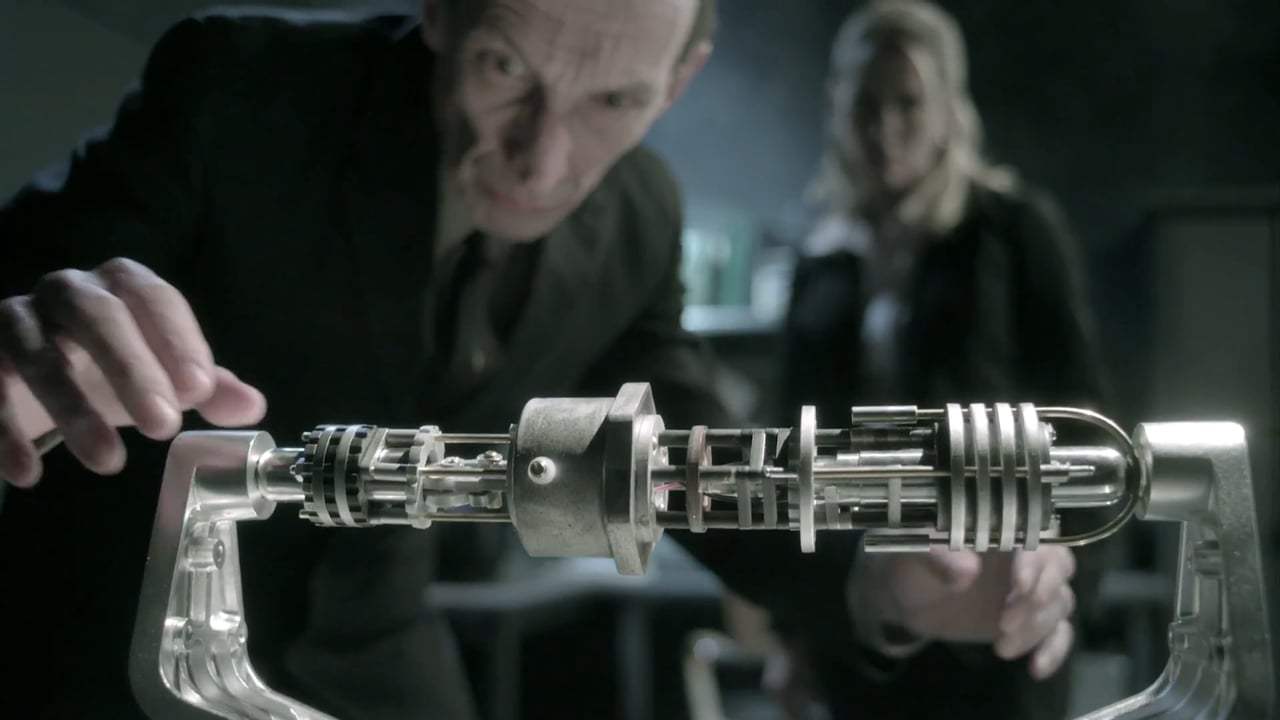 Instead of saying too much, it says just the right amount, thus creating a “thinking person’s sci-fi thriller”. The thrills are mostly in the intellectual conversations and investigative decoding of the CIA agents, rather than your standard chases or shootouts. The visuals that are used for accenting the idea-heavy sci-fi are often brief and effective moments of viscera and blood, ie. a failed agent’s suicide or the spontaneous self-erasure of the prisoner (you need to see these to understand, so don’t yell “SPOILERS!” at me just yet). Yet, despite the slower pacing and lack of “action” (in a more conventional Hollywood sense), the film was gripping from start to finish.

Director Gauruv Seth and his team have constructed an interesting and complex gem that didn’t need a big budget to have a big impact. The filmmakers achieve this feat with an incredible cast of unknowns. This is a great example of doing a lot with a little. In short, this is that “hard sci-fi” that your nerdiest friend has been telling you about when he goes on and on about how science fiction isn’t all about star cruisers and flashy effects.

Prisoner X was released on DVD earlier this month and is available on major VOD platforms. Buy it on Amazon here: Prisoner X on Amazon.