Last we left Herschell, he was supposedly creating the genre of horror-comedy with The Gruesome Twosome. And while the film is perhaps his most effectively gory to date, its mileage as a comedy was fairly low, at least for my taste. Now if you were Herschell, where would you go from there? Would you continue into the abyss of comedy, or would you think it was time to start taking things a little more seriously?

The first thing Herschell wants us to know about A Taste of Blood is that it’s the longest movie he’s ever made – two hours in length. On the Arrow Films HGL Feast Box Set, he claims that the industry was “aghast” when he turned in a gore film of this length. At the time, theaters apparently considered 70 minutes to be the minimum for a feature they would screen, and with a grin Herschell says he always aimed for as close to the minimum as possible. I think it’s very telling that length is the thing HGL focuses on when talking about this movie – he seems to consider the runtime the main achievement of this movie, as if we should take this film more seriously just based on this fact alone. And the film itself does feel like it was more “seriously” considered. He says himself in the intro to the film – “From the viewpoint of both acting and technique, it’s a cut above what I usually settled for.” And I’ll agree on both of those counts, while also pointing out how hilariously self-aware he is of the general quality of his output. 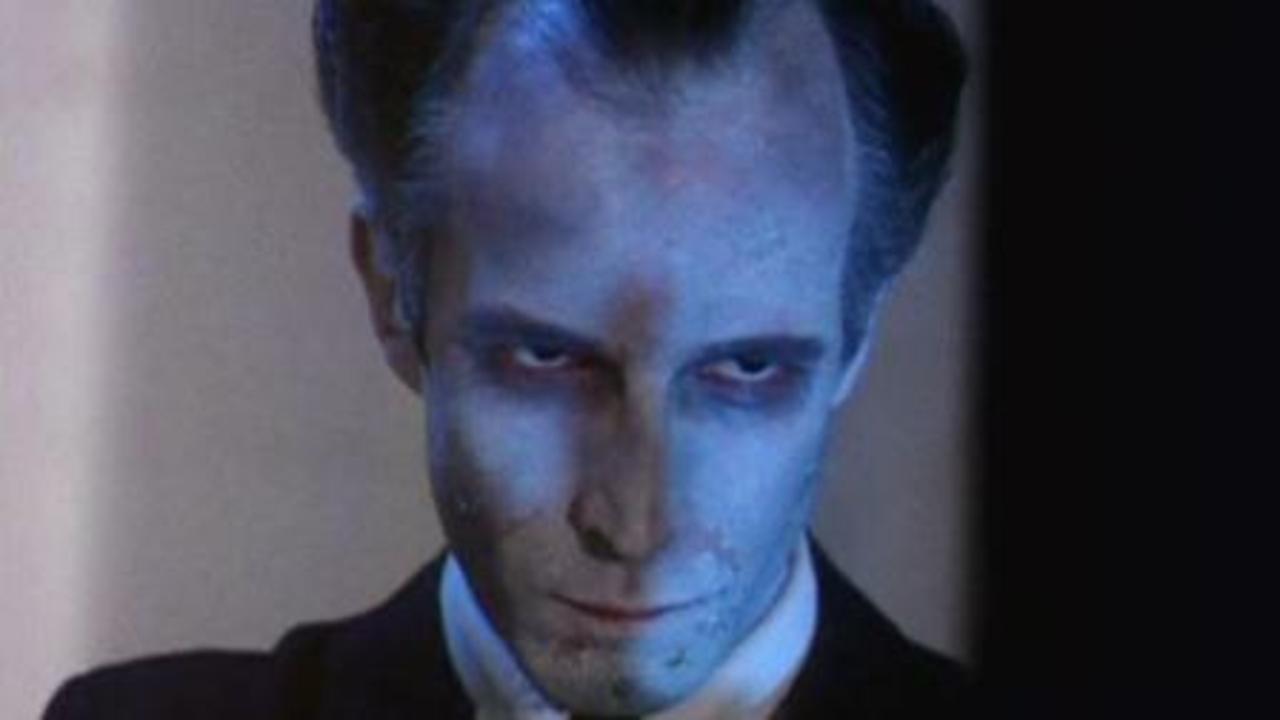 But he really does seem to think there’s something special about this contemporary Dracula tale. Again, from the intro to the film – “A Taste of Blood is the kind of movie that, really, you can show to people who are not of our world [I assume he means people unwilling to sit through cheapo splatter flicks, not extraterrestrials] and they’ll say ‘Hey, that wasn’t so terrible.’ And for someone to say hey that wasn’t so terrible – well, that’s the ultimate compliment for a splatter film.” As he says this, a genuine grin creeps up on his face, and I fall in love with this weirdo all over again. He knows exactly what these movies are – he knows we laugh at them and find them both distasteful and riotous in their own ways. It’s like he predicted the cult following he would gain through these off-beat disaster-pieces. But what I find so interesting about that quote is that he also seems to have a genuine interest in finding a larger audience with these movies, and it feels like that’s what A Taste of Blood was designed to do.

As I said previously, A Taste of Blood is a contemporary Dracula tale. And the premise itself is actually a decent one – John Stone, an American man of some power and influence receives a letter informing him that he is the heir to a royal family in Europe. And with that letter is a gift of two bottles of Brandy that it is immediately clear are filled with blood. As he begins enjoying the Brandy over the course of a few evenings, he suddenly becomes an insomniac that catches up on sleep throughout the daylight hours. This worries his wife, who contacts a mutual doctor friend of theirs that also happens to be in love with her, and asks if he could meet with her husband and see if he notices anything strange. Before he can really a put a finger on what might be going on, Stone up and leaves for Europe, claiming he’s been called by the estate to settle a few lingering matters. It turns out those matters are actually people – the heirs to the five families that killed Count Dracula many years ago, who now must be killed so he can acquire the full power of Dracula.

As far as premises go, I actually kind of like that. Unfortunately, the movie is two hours long, and doesn’t need to be a minute over Herschell’s standard 70. While the movie has better performances across the board than most of his other work, the cast can’t keep these long, dialogue-heavy sequences exciting enough to merit much interest. And even though that is often the case in HGL movies, they’re normally punctuated with bizarre left turns and plenty of gore. That’s not the case with A Taste of Blood at all – this might be the most minimal on gore of all his films yet, likely leading to his belief that people find this movie “not so terrible.” And there’s hardly any of his strange sense of humor or non-sequiturs to liven up the proceedings. This one really just fell flat for me, despite being an improvement as far as his work as a director goes. 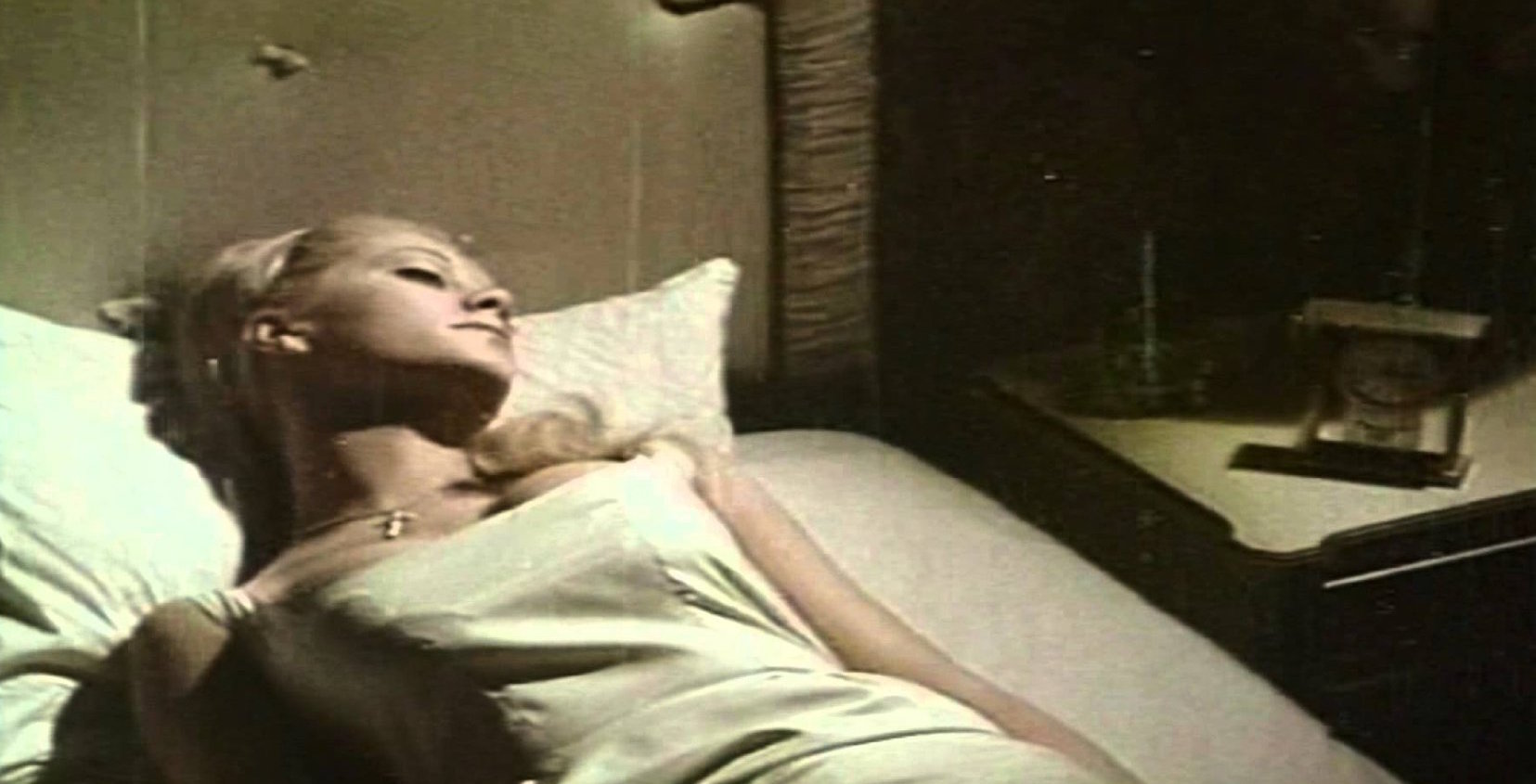 One thing this movie does have that is quintessentially HGL is a chase sequence for a finale. But he finally puts everyone in cars! It’s unfortunately not much of a car chase, and he quickly gets them out of the cars and on foot, because Herschell loves nothing more than to make actors run around nondescript locales for 10 minutes at a time. The whole sequence is very much in his wheelhouse though, and I think it would’ve worked really well had it not come at the end of such a long, boring film. Suddenly, all the things he was holding back on throughout the movie come to the forefront – for no reason at all the police that are on Stone’s tail encounter a man with a dog that claims his dog is a detective. This goes nowhere except a few hilarious cut aways to a dog that has no idea it’s in a movie, nor that it’s supposed to be a detective, and is always trying to run the opposite direction of the crimes he’s supposedly so good at sniffing out. It’s really funny to watch the actor that plays his owner try to get him moving in the direction of the action, instead of attempting to immediately walk off camera. At one point he says to the dog “Lead the way – ah, leading with your tail – only an insider would understand that!” I would watch a whole movie about this terrible detective dog.

Further highlights from the finale include Stone’s friend chatting with Dr. Helsing (I like this story point too – one of the heir’s to the five families that killed Dracula is living just a few miles from Stone in America, and his name is simply Helsing), who is attempting to convince Stone’s friend that Stone is in fact the heir to Dracula, to which Stone’s friend exclaims “You can’t be suggesting what I think you are – this is the Space Age!” which is wildly hilarious to me for some reason. Maybe because we’re at the point in pop culture where Dracula has been depicted on the moon, so I don’t know why being in “the Space Age” precludes Stone from being the heir to a fictional character. You would think the “fictional character” part would be what he mounted his argument on.

And like all good HGL finale’s, A Taste of Blood features a police officer delivering the final line of the movie, which usually acts as the moral of the story. That’s not quite the case here, as it’s more of a cop explaining why it’s totally OK a bunch of people just murdered a man that they claim to be a vampire but have very little evidence for.

Dr. Helsing: Well detective, I don’t know what the penalty is for killing a vampire…

Oh, well that explains it.

If nothing else, A Taste of Blood may actually be the best evidence for why Splatter Matters – because without it, these are just cheap movies with little to hold the audience’s attention. Whether you’re for or against graphic violence in movies, there’s no denying the cinematic power of even the worst gore effects. The visceral reactions they cause in us get our blood pumping and keep us talking about these movies for years to come.

Splatter does Matter, and Herschell would do well to remember that as he moves forward.