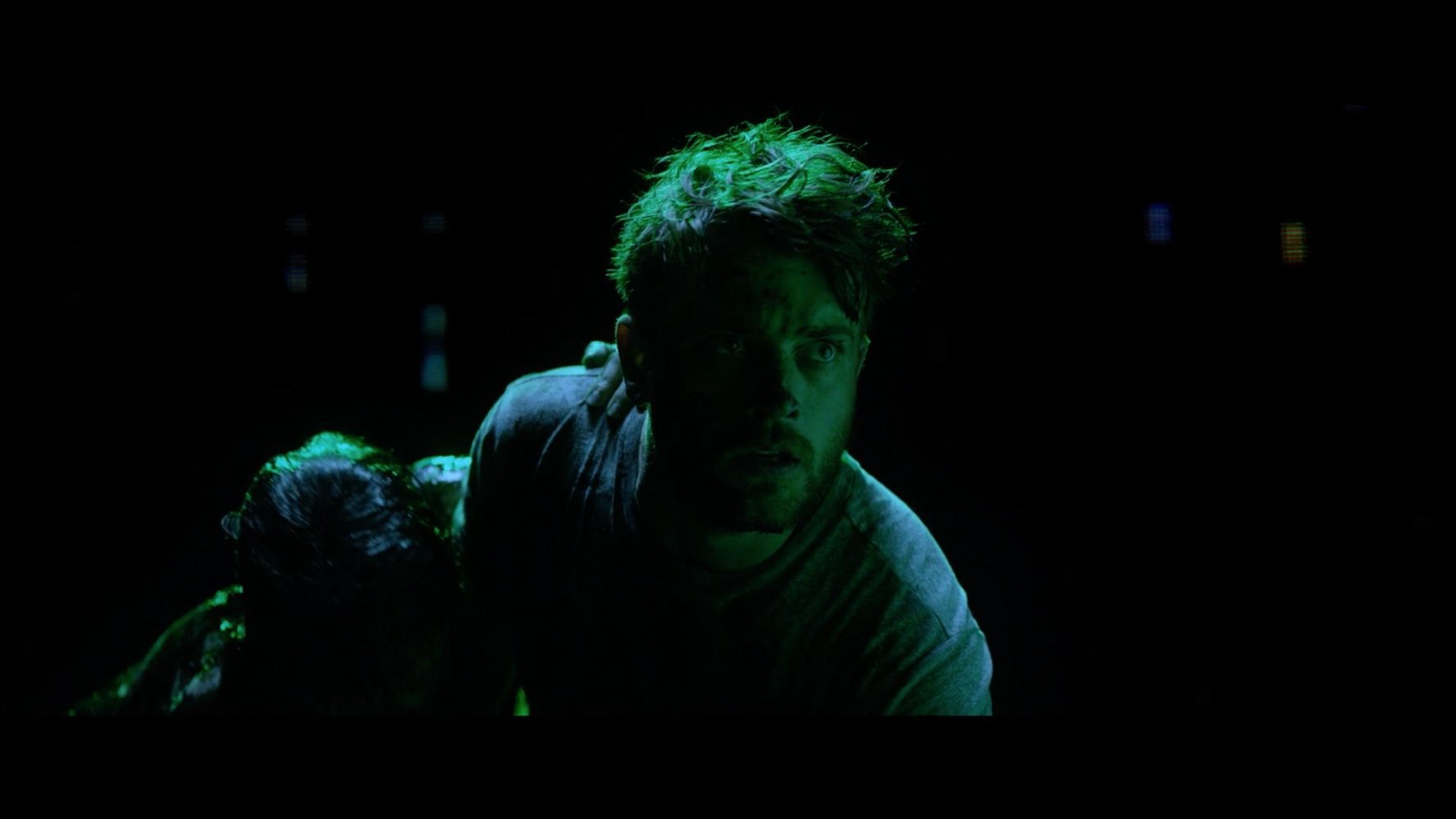 Following his starring role in Joe Begos’ splattery Scanners riff The Mind’s Eye, Graham Skipper takes the reigns with his own take on Cronenbergian body horror in the trippy retro-arcade tribute Sequence Break.

Chase Williamson (John Dies At The End) stars as Oz, a disheveled arcade machine technician who finds his mind (and – eventually – his body) slowly taken over by a mysterious Polybius-esque video game. After the game threatens the life of his new girlfriend Tess (a terrific Fabianne Therese), he’s forced to merge with the machine in a series of increasingly dreamlike set-pieces.

It’s a concept tailor-made for the modern film geek, moving deftly between arcade nostalgia, romantic wish fulfillment, and visual tributes to everything from Altered States to “The Bishop of Battle” from 1983’s anthology Nightmares. However, these intense, striking sequences feel a bit at odds with the sweetly endearing – if unlikely – romance at the film’s center. While occasionally punctuated by nightmare imagery and visits from a mysterious “man” (Johnny Dinan), the film starts to feel like it’s running in place until it picks up steam again for its appropriately viscous climax. 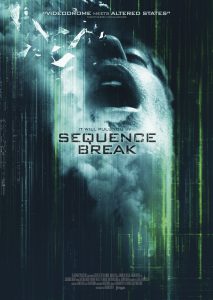 It’s at its best in the lengthy sequences of Oz “connecting” with the unnamed videogame, clearly echoing James Woods’ Videodrome dysmorphia as the joystick and buttons morph into sexual organs. With the game itself resembling the arcade classic Tempest, these slimy set-pieces bring some much needed energy to the film.

That energy is buoyed by the film’s truly outstanding sound design, which often overtakes the dazzling visual tricks. From the synth-pop soundtrack by Van Hughes, to the intense collage of rumbling and screeching audio that accompanies the video game scenes, it adds visceral intensity to the already mind-bending images on display.

Williamson brings shaggy earnestness to his performance as Oz, with his occasional resemblance to Michael Shannon probably only distracting to me. Fabianne Therese somehow manages to be both believably geeky without slipping into Big Bang Theory histrionics. While elements of their relationship ring a bit hollow, their chemistry onscreen is palpable. The highlight is a charming rooftop sequence where the couple finally connects physically, while battling hallucinatory interruptions.
Not quite the descent into madness and twisted flesh I was expecting, Sequence Break will still delight fans of 80s horror, and contains plenty of oozing physical effects designed to evoke glee in those who grew up on names like Carpenter, Cronenberg and Barker. Skipper shows real talent with the phantasmagoric imagery on display, and the strong performances help smooth over some of the rougher pacing. Long live the new flesh.