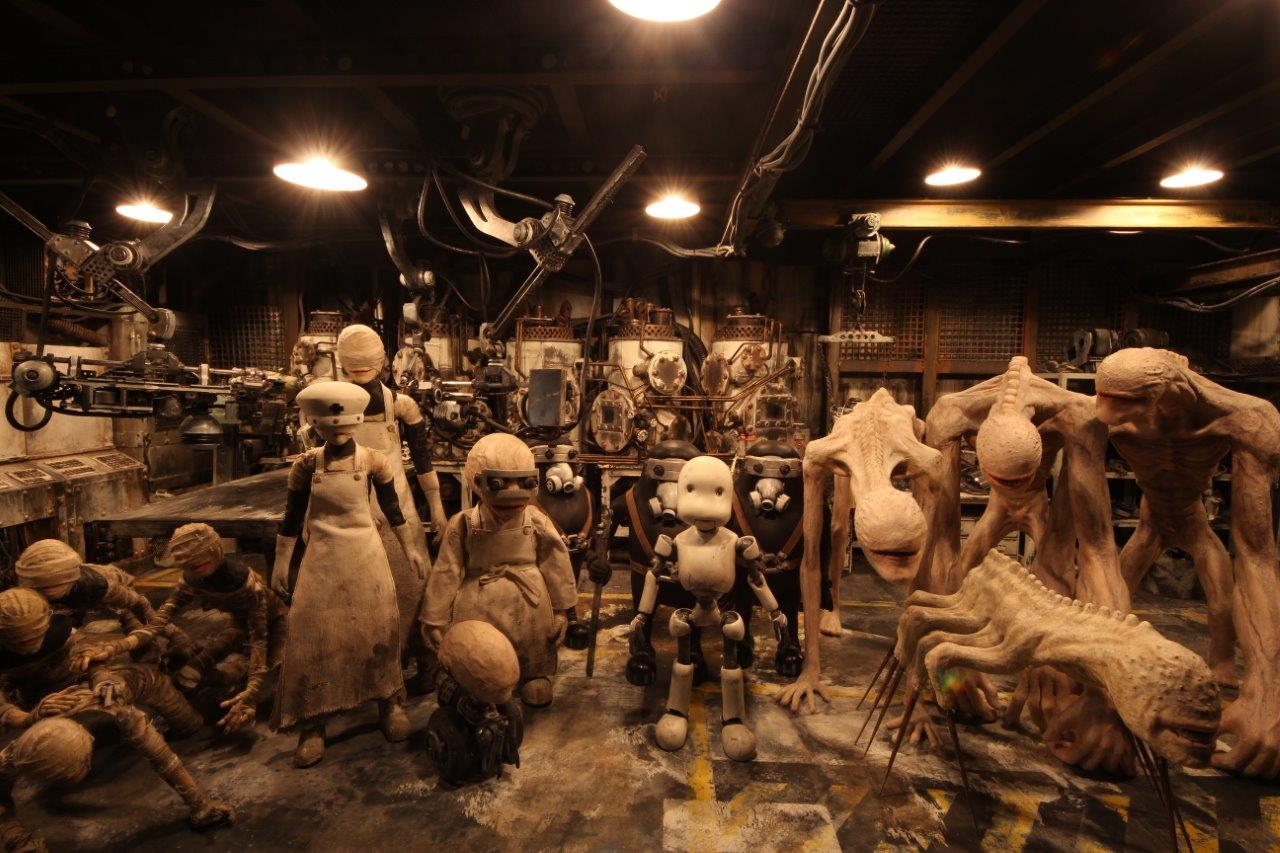 When watching a huge summer blockbuster I can usually divorce myself from the hundreds of people who contributed to the making of the film. For instance, when I watch Transformers, I generally don’t think about the dozens of CG artists who tirelessly work to make Optimus Prime’s feet look just right. I simply take for granted the immense amount of work that it takes to create realistic looking – and moving – life within a computer.

But when I watch a stop motion film, the colossal effort involved in its creation lingers in the back of my mind during my viewing. More than that, it becomes part of my appreciation for the work. There’s just something about the impossibly slow process of bringing characters to life a frame at a time that I find both fascinating and endearing. The sheer patience required suggests there must be an element of madness in the artform, and it’s one that consistently leaves me in awe.

But when it comes to Junk Head, you can take that awe and amplify it by a hundred. The film began as a 30 minute short by director/writer/animator Takahide Hori released back in 2013, which he made over a four year period during evenings and weekends. The resulting short was like a cyberpunk melding of Jan Svankmajer and Terry Gilliam, telling the story of a futuristic earth where humans have shed their natural bodies (and reproductive abilities) for robotic exteriors and leisure, leaving toil and labour to a variety of clones. When the film begins, these clones have long ago revolted against their creators, now occupying a nightmarish, absurd underworld filled with horrific Giger-esque creatures. Into this abyss travels the titular Junk Head, a human remnant tasked with tracking down some sort of long lost reproductive secret to bring back to the surface.

It’s a beautifully made and constructed short, and Hori rightfully gained critical acclaim for his efforts, with many left in awe at his one-man-show approach to stop motion. In 2014, Hori crowdfunded a sequel to Junk Head, and three years later the result is a two hour epic that represents a colossal achievement in stop motion artistry.

A brief plot synopsis doesn’t really do justice to the depth of the mythology on display here, and while the story is certainly disjointed – likely a result of grafting on a whole new second act – it also effectively shows off a richly detailed world of odd locations and creatures. I especially like the second (or third?), more boxy version of Junk Head that is constructed after an unfortunate accident. This also introduces my favorite portion of the film, where Junk Head befriends an orphan, uh, girl who ends up playing into the extremely weird action climax.

It’s a stunning film, and its open ending promises more to come. While I hope Hori is able to rest one of these days (or maybe take on some collaborators), there’s also a part of me that hopes he’s able to complete his story using his individualistic approach to stop motion. Either way, his work is fluid, unique, darkly humorous, and very, very impressive.

Check out the Junk Head I short below :