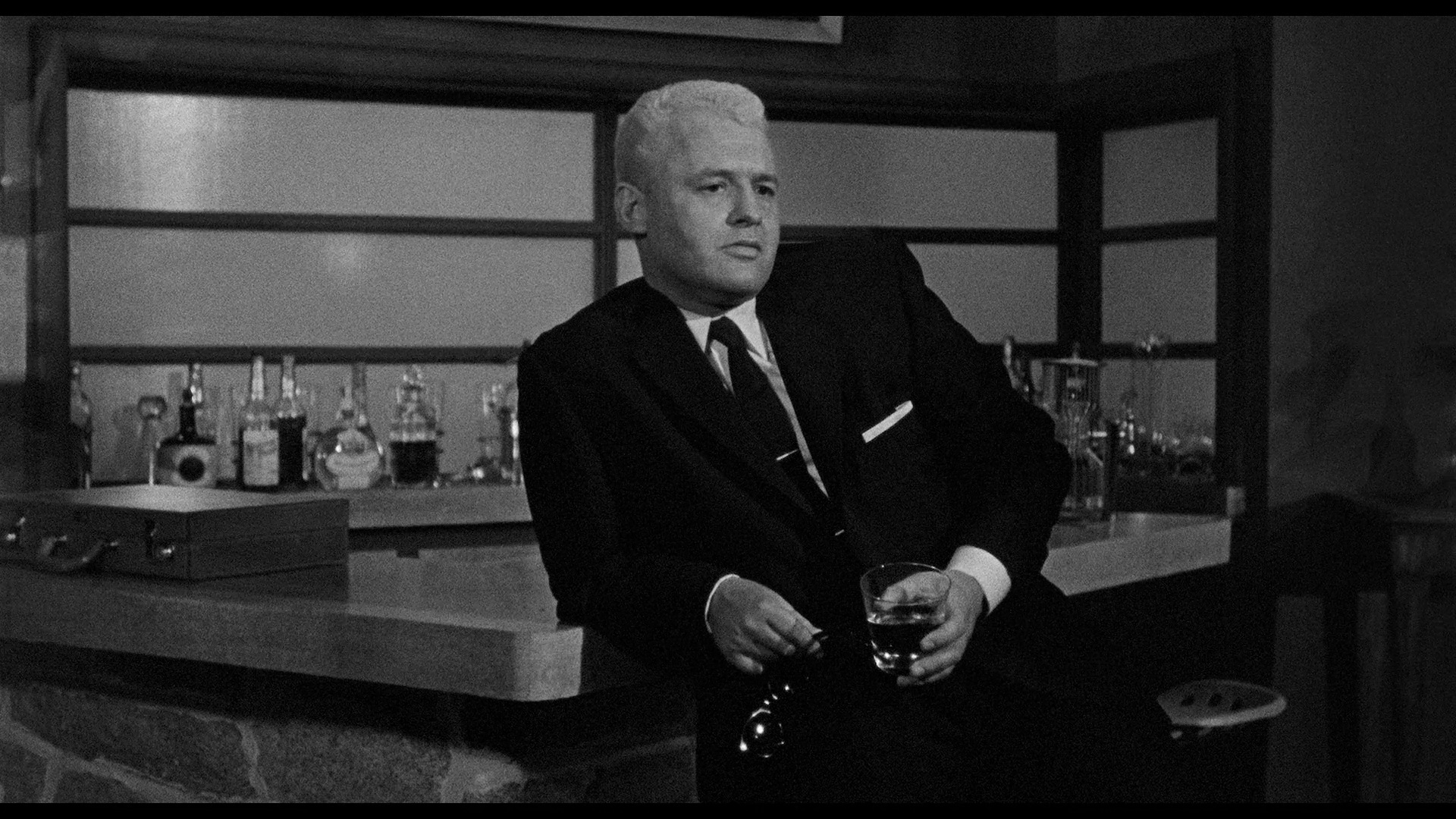 One of my biggest joys in life is sitting down to watch a classic Hollywood film. These films are usually filled with love and joy and a whole lot of drama. There’s a different feeling when watching those films, unlike what is seen today. It feels innocent and wholesome. The greatest thing for me is when the old Hollywood films derail from that and go a little darker.

I remember my first Robert Aldrich film. It was Kiss Me Deadly in 35mm in a tiny arthouse theatre near my house. To this day, I still recall my reaction after the movie. I was floored. It was so mysterious and mind boggling that I couldn’t wait to see something else from this director. Then came What Ever Happened to Baby Jane? Talk about performances! The iconic Joan Crawford and Bette Davis blew me away. Everything about this twisted story was up my alley and became a staple to watch in the October season.

Fast forward to now, as time has slipped through my fingers and my film taste went in a variety of different directions. I still watch old Hollywood films, but have dabbled in many different filmographies from other directors. The chance came for me to watch another Robert Aldrich film, and I swiped it up in a heartbeat.

From the few films I’ve seen from Robert Aldrich, I can tell he’s very character driven. The scripts are heavy in dialogue, and they can be sometimes dark. Drama fills a room and tension raises with each second. The Big Knife was all of this and more. It’s a movie about movies, which is something I gravitate towards and love wholeheartedly. (ie. Sunset Blvd, The Player, Singin’ in the Rain etc.) 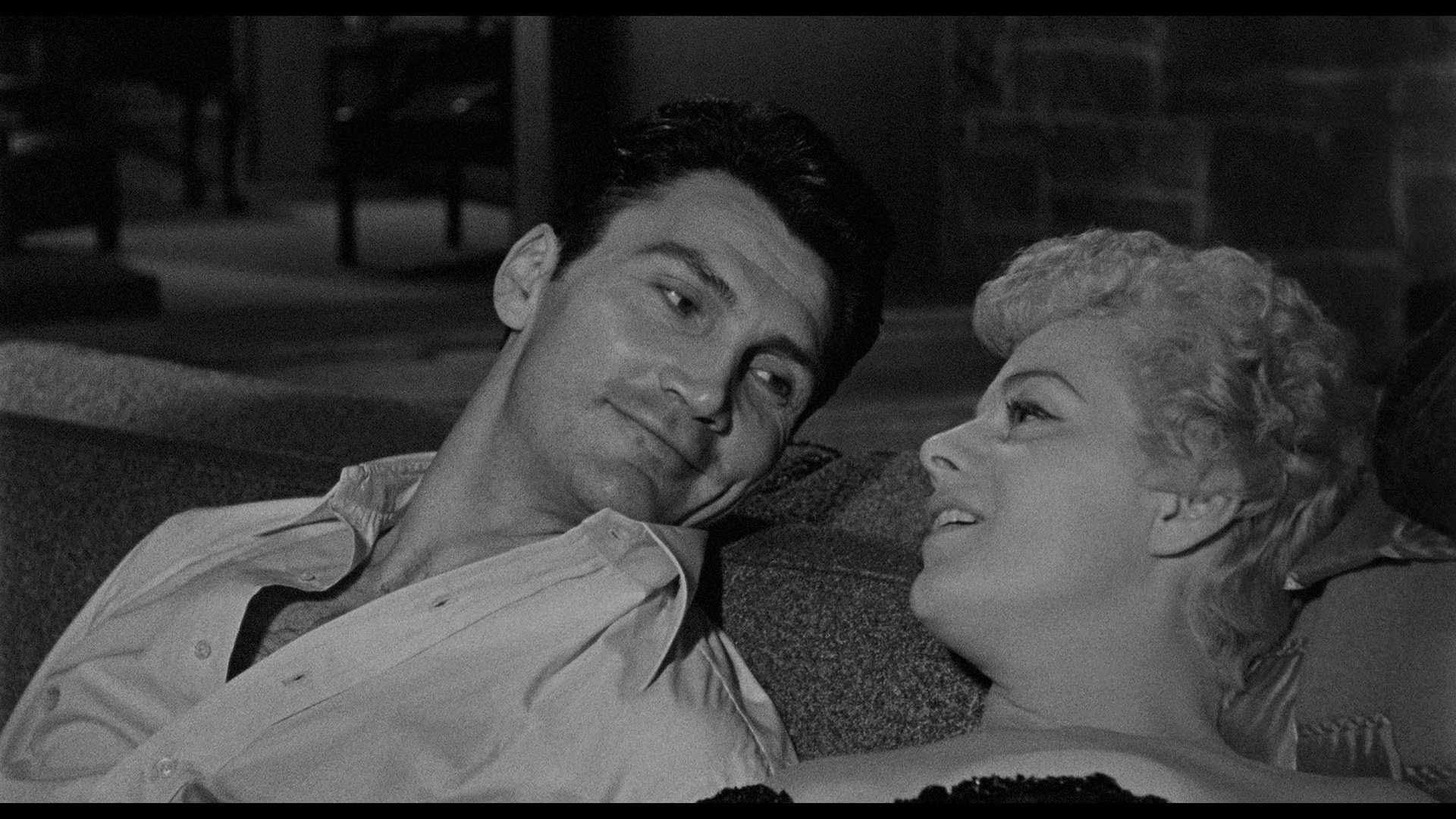 The Big Knife is about an actor named Charles Castle, played by the extremely tall and devilishly handsome Jack Palance. Charles is in a rocky relationship on the verge of demise with his wife Marion, played by ungodly gorgeous Ida Lupino. Throughout their marital woes, Charles is being pestered by gossip columns to spill the beans on the relationship. While this is all happening, Charles is refusing to renew his contract with the studio, by suggestion of his wife, so he can be free from the shackles of studios and his boss, Stanley Shriner Hoff (Rod Steiger).

Charles was once involved in a hit-and-run accident that someone else took the blame for. Hoff doesn’t want Charles to leave the studio and plots to blackmail him into signing a seven year contract with the knowing of this information. The only thing Charles wants to do is win back his wife, who is coincidentally being proposed to by someone else. Charles cannot deal with the pressure and anguish, so he has an affair with the woman of the man who took the blame for the accident.

With this spider web of information already happening, a young struggling artist, Dixie Evans, wants to reveal everything she knows about the crash. Hoff wants to fix this. He plans to have Charles’s wife ousted about her other relationship and also have Dixie disappear… permanently.

Everything is too much for Charles to handle. Nothing is going how he wants it to go and the only thing he wants is his freedom and the love of his wife back. The ending is too unhinged to discuss, but just know it’s highly recommended to see.

To me, this film is a bit under the radar and I was shocked how much I really loved it. Everyone in the cast had a gritty performance. This was adapted from a play and it shows. A play version of this must be fantastic to see as well. The Big Knife comes highly recommended. Jack Palance and Ida Lupino feed off of each other’s energy, which makes this all the better. Robert Aldrich knows how to build tension, and if this doesn’t display tension, then I don’t know what does! 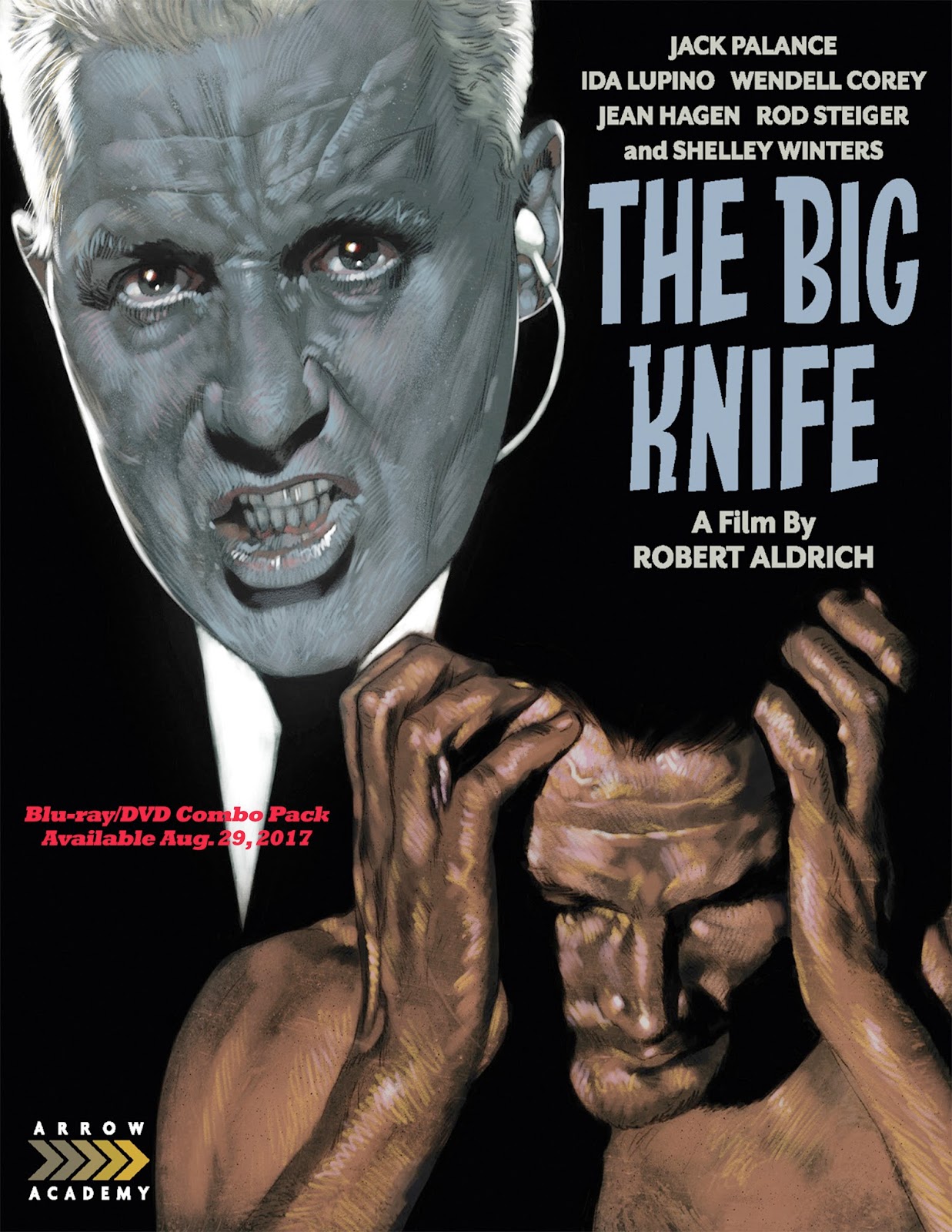 The Big Knife is available on a gorgeous Blu-ray through Arrow Films. To truly get an understanding how you may feel watching The Big Knife, take a look at the cover of the Blu-ray. It reveals a lot.