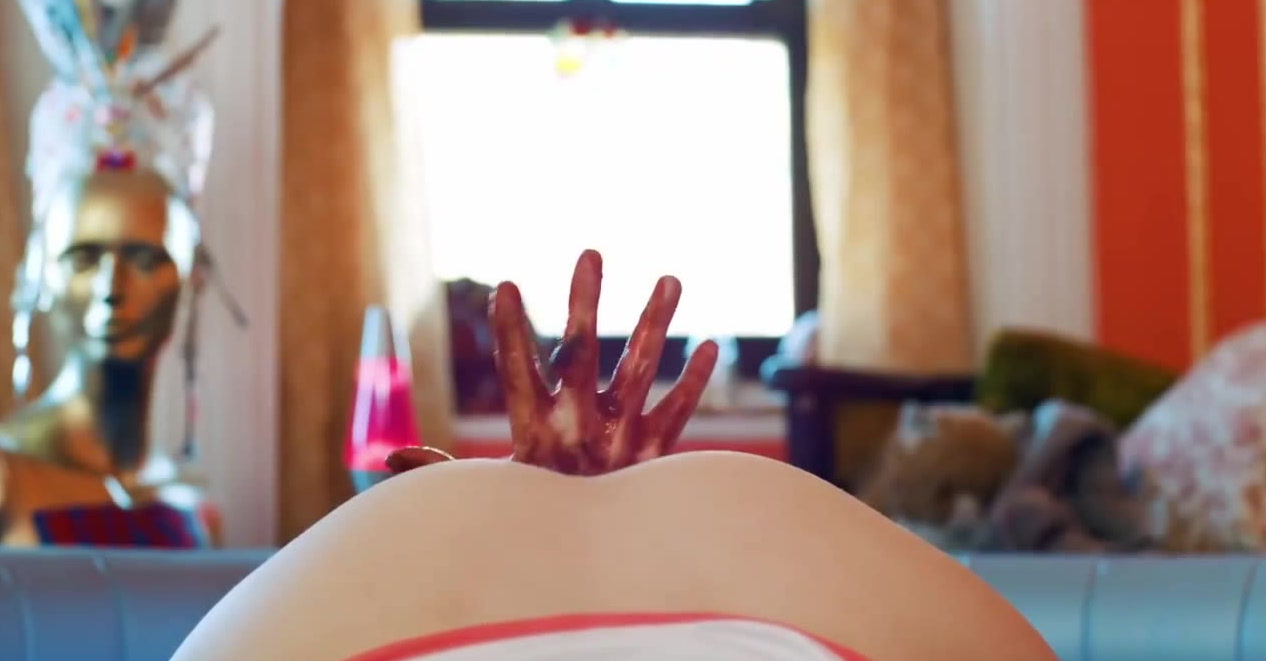 Assholes plays Friday night at PUFF. It starts at 11:00. Get tickets to the film or a full pass at FilmFreeway!

The greatest sin a film can commit is not to be bad, it’s to be forgettable. I’ll say this about Peter Vack’s directorial debut Assholes, it’s not forgettable. It’s disgusting. It’s irritating. At times, it’s barely watchable. However, it’s surely not forgettable. I mean, if you watch a demon disguised as a 70 year old woman pulled from someone’s intestine through their asshole, it’s not something you soon forget.

What more can I say about this film? I feel like I can say a ton… and yet, not really that much. It’s mostly two people being complete assholes, doing tons of poppers, fucking a lot, talking about actual assholes, playing with said assholes, and living relatively awful lives. It’s not a film that the average moviegoer will enjoy. It’s got a ton of gross out moments and the characters are annoying, at best.

However, there is something about the film that assures me that there is a niche market for it out there. It’s got some interesting ideas, offering critiques of drug use, attachment parenting, hipster culture, and millennial ideals. However, one needs to be able to digest the aesthetic in order to get to all of that… which can be a task.

I’m not part of that niche market that can truly be into this film, but I can’t help but wonder what Vack and company have up their sleeve next. A bit less scat and abrasiveness and there’s a good chance I could find a lot about this aesthetic to like. So, while I won’t be watching this one again, I think anyone with the stomach for it should give it one go.