Being a horror fan, you know of the major horror icons. Though this man did not star in the first Friday the 13th, when someone says “Jason” in regards to that series, many minds think of Kane Hodder. He’s iconic. His posture, boldness he brought to the character, and one of the most famous and highly adored kills in horror films, makes him one of the greats. I don’t think anyone can forget the sleeping bag kill with a close second of the liquid nitrogen kill.

I myself am a huge fan of documentaries of any genre, but I gravitate towards horror documentaries. Naturally, my ears perked up a bit when I heard the Shock Waves podcast crew talk about this documentary about the life of many people’s favorite Jason. At this time, I wrote in my notes “Watch To Hell And Back: The Story of Kane Hodder“. I remember hearing how emotional it was and how fun it was. I wasn’t sure about the mixture of those two emotions, but I knew I had to watch it. What I was not ready for was waterworks within the first 10 minutes of watching it.

In high school, I was teased unmercifully many times. I was the butt end of many jokes, had bubble gum stuck in between balloon strings while tied to my locker for my birthday, and at one point was the object of a dare for immature boys to cash in on to get a few bucks. Grade school and high school were never easy and dealing with bullying was obviously never fun. When Kane Hodder, this intimidating man solely by the roles he has played, talks about the bullying he dealt with as a young boy, a lot of emotions come flowing back. I may have not dealt with the same bullying as Kane did, but I resonated with this segment of the documentary. It’s hard to get through those times in life, to admit that this happens, to stand up. Kane is right when he mentions that it is easy for someone to say to you “just stand up for yourself” when they’re not in that predicament. You feel like it is your fault you let things happen and you become your own worst enemy. Thankfully what Kane did, and what I hope for many, is he pushed through those tough times and kept going. 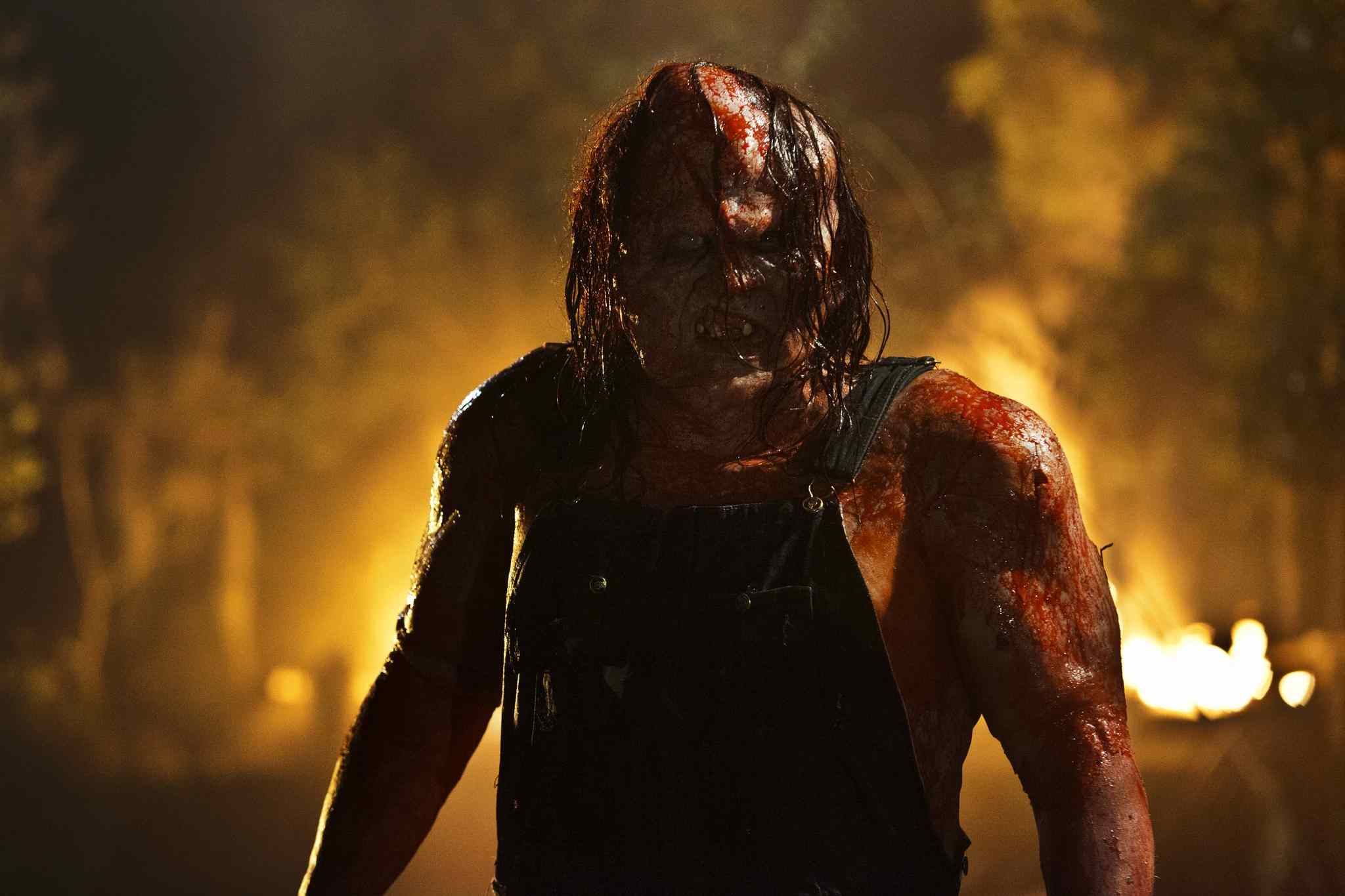 In addition to bullying, Kane laments one event that changed his life from thence forth. In July of 1977, he suffered severe burns all over his body from a stunt gone awry. Months of skin grafts, slow healing, transferring hospitals, and rehab, Kane was finally on the up and up. Through trials and tribulations, he managed to be as positive as he could and continue to strive to what he wanted in life. Hearing these memories and seeing Kane choke up recalling the moments is not only painful for him, but painful for the viewer to take. My heart sunk as far as it could. I cannot even imagine dealing with what occurred. My respect for Kane significantly increased after hearing what he has gone through in his past.

Thankfully, Kane survived traumatic events and he is what we love today. Countless roles we admire, including Jason and Victor Crowley, parade through social media posts, horror movies on TV or on streaming sites (especially during this time of year). There is no doubt that he has made a major impact in the film industry, including the record for killing the most people with their hands in movie history.

Kane Hodder has somewhat become an inspiration to me. He’s dealt with so many things that have pushed him down, but he continued to rise up and climb that ladder and conquered. Hollywood did him dirty, he’s dabbled in tv, and he seems like one of the greatest individuals to meet. So many people love Kane, and it is evident from not only this documentary, but from his fan base. I will be attending Texas Frightmare Weekend in 2018, and I plan to give whatever money I have in order to meet him, because I have so much I’d love to say to him… with or without the choking.