[Editor’s Note: ICYMI, all October, Friday Fight becomes Friday Frights and we’ve been covering something every Friday this month.]

Uninvited‘s trailer begins with a voiceover that says, “They say cats have nine lives, but you only have one!” this says pretty such everything you need to know about this wonderful, wonderful piece of cinematic trash. Wonderfully inept, the acting is some of the worst I’ve seen in ages. Gloriously awful, the effects are the opposite of effective and well done. Tragically underseen, this deserves a ton more attention… from people who like to do drugs and hang out with friends while they laugh at awfully made films. This is so bad that it hurts; the thing is, that it hurts so good!

I picked this one in memory of the late, great George Kennedy. He kinda sleepwalks through this film, unfortunately, but I can’t say I blame him. He’s still better than most of the other acting in this one. God bless you for you career of high brow greatness, low brown trash, and all the bases in between, George. Thanks for “gems” like these.

Before I turn it over to our special guest Brendan and our own Luke, I urge you all to check out our FB group page for info on what film we’ll be covering this coming Friday. That way, you can join in on the chatter! 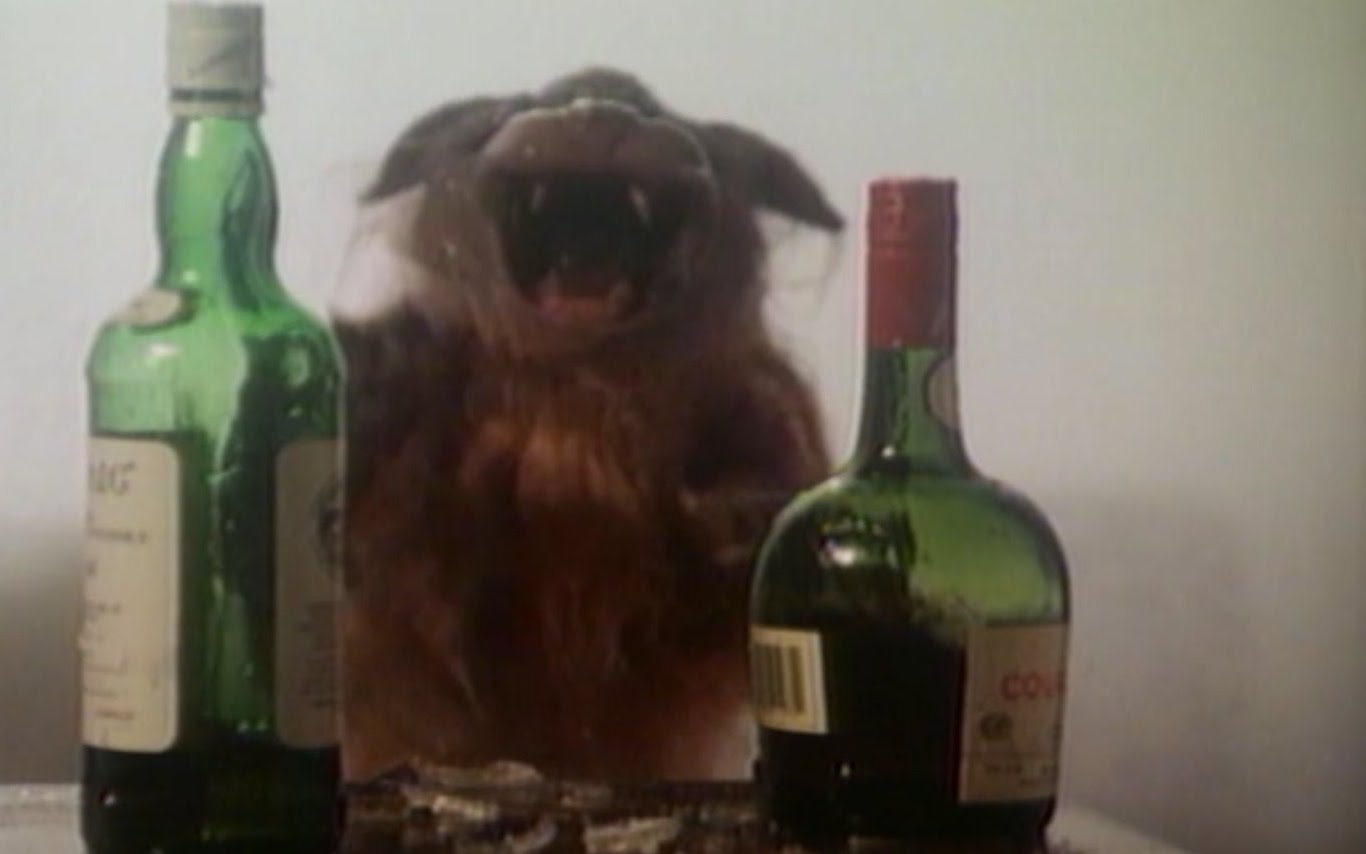 Welcome back this week a special guest! Brendan Foley has become a pretty regular fixture on this column, it seems. We’re glad to have him! He organizes a weekly film club on Cinapse called Two Cents that Justin also regularly contributes to (as a member of the Cinapse staff, himself). He hosts a kickass creepy story podcast called Black Sun Dispatches and he rightfully believes that Bodybags is a really fun film.

Whoa boy is this one glorious piece of trash. Uninvited is terrible, yes, but it’s terrible in such a way as to actually be fairly endearing. The movie looks hideous, the acting is across the board terrible, including a sleep-walking George Kennedy, the story makes next to no sense, every character is either a repulsive scumbag, a moron, or both, and the mutant-cat monster never stops looking like a hand puppet. But Uninvited is fun, in a way that films with 10X its budget and competency often fail at. I can honestly say that I’ve never seen anything quite likely, and the sheer thrill of “What the fuck were they thinking?” makes it an entertaining ride.

I wouldn’t especially recommend Uninvited, but it’s a hoot of a bad movie to watch with your friends. 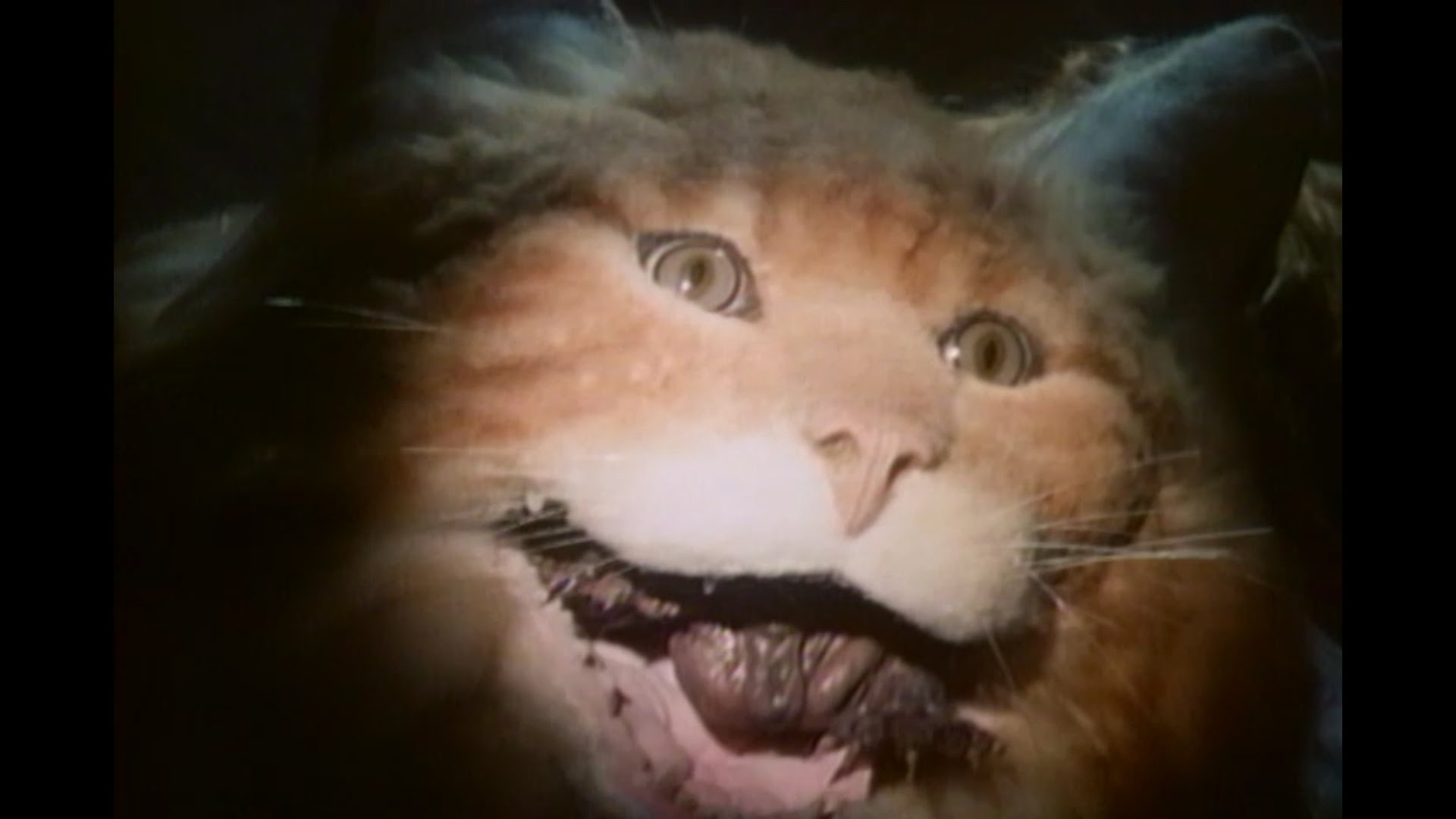 LUKE TIPTON: I would have loved to have been a fly on the wall of this pitch meeting. Probably went something like this:

JUNIOR HOLLYWOOD EXECUTIVE: Guys, I’ve got one word for the next big thing in horror: cats.

JUNIOR EXECUTIVE: Yeah, cats. A killer cat to be precise. It’ll be great.

JUNIOR EXECUTIVE: No that’s been done. Played out. We need something fresh.

SENIOR EXECUTIVE: So, like an occult, witchcraft, black cat type thing? That’s been done to death.

JUNIOR EXECUTIVE: Nah, none of that hokey junk. I’m talking something that’ll blow people’s minds and make us millions.

Junior executive passes mirror with a line of cocaine to senior exec. who proceeds to take a hit.

JUNIOR EXECUTIVE: Yeah, it’ll be scary as hell, and a cat won’t cost us anything!

SENIOR EXECUTIVE: Wait, so like, a housecat that kills people? I like where this is going! But it needs a hook. I mean, housecats aren’t particularly scary on their own, are they?

JUNIOR EXECUTIVE: How about this for a hook… [takes another bump] mutant housecat.

JUNIOR EXECUTIVE: Ehhh, that sounds kind of expensive. I’ve got a better idea.

SENIOR EXECUTIVE: Go on… [does another line of cocaine]

JUNIOR EXECUTIVE: It’s got a smaller cat head that comes out of its mouth to kill people with.

SENIOR EXECUTIVE: So, a regular sized, normal housecat, is ripping people to shreds… with a smaller mouth from a head that comes out of its regular mouth…

JUNIOR EXECUTIVE: Exactly! The effects can be done with a hand puppet. It’ll cost less than what I spend a day on cocaine!

JUNIOR EXECUTIVE: Who cares, nobody’s gonna care too much about that? How about on a boat?

SENIOR EXECUTIVE: How about this… he’s on the run.

SENIOR EXECUTIVE: Yeah, yeah, yeah, on the run; the FBI or the FCC is closing in on him.

JUNIOR EXECUTIVE: But the FCC?

SENIOR EXECUTIVE: Who cares? The kids these days won’t care. They aren’t concerned with Federal broadcast regulations and all that boring Poindexter shit. They want blood and gore! And sex! We gotta have some sexy coeds on the boat.

JUNIOR EXECUTIVE: Yeah, agreed on all that, but what does the FCC have to do with the Wall Street guy?

SENIOR EXECUTIVE: Don’t over think it, kid. Don’t overthink it, and you’ll go far in this business. Now where did you put the cocaine? We got a picture to greenlight.