Making its Midwest premiere, this Finnish heavy metal comedy is often witty, occasionally dark, and always fun. Even the least metal among us will be holding up their devil horns and banging their head by the time the film is through. The impressive film easily joined My Name is Myeisha in the discussion of best music based film of 2018 as soon as credit rolled. Laughs are packed side by side with a ton of heart and great use of music. In short, it’s a great film for metal fans and non-fans alike.

The film follows an extreme metal band from Finland who has played together for well over a decade, but has yet to play a single live show or even choose a name. This all changes when they get the offer to play a huge metal festival in Norway. The band, then, begins an epic journey that includes the most DIY photo shoot of all time, grave robbing, a prison break, a visit to Valhalla, and choosing a most epic name – Impaled Rektum. Impaled Rektum rocks hard, but the only way for people to find out is for their journey to be a success.

Directors Juuso Laatio and Jukka Vidgren balance witty humor, stark visuals, and deep emotional moments to create a truly effective entry into the world of metal movies. Johannes Holopainen’s Turo and his best buds embark on epic travels with their own fears as their biggest hurdle. The brutal Scandanavian death and black metal of the soundtrack juxtaposes perfectly with the big laughs created by the group’s witty banter and situational comedy. To say more would be doing the viewer a disservice, as this is truly one that is best experienced without being forcefed the details.

Check out this extremely fun film once it hits your town. You’ll be happy you did and, even more importantly, the rock gods will be pleased with you for supporting the world’s best “symphonic post-apocalyptic reindeer-grinding Christ-abusing extreme war pagan Fennoscandian metal” band. 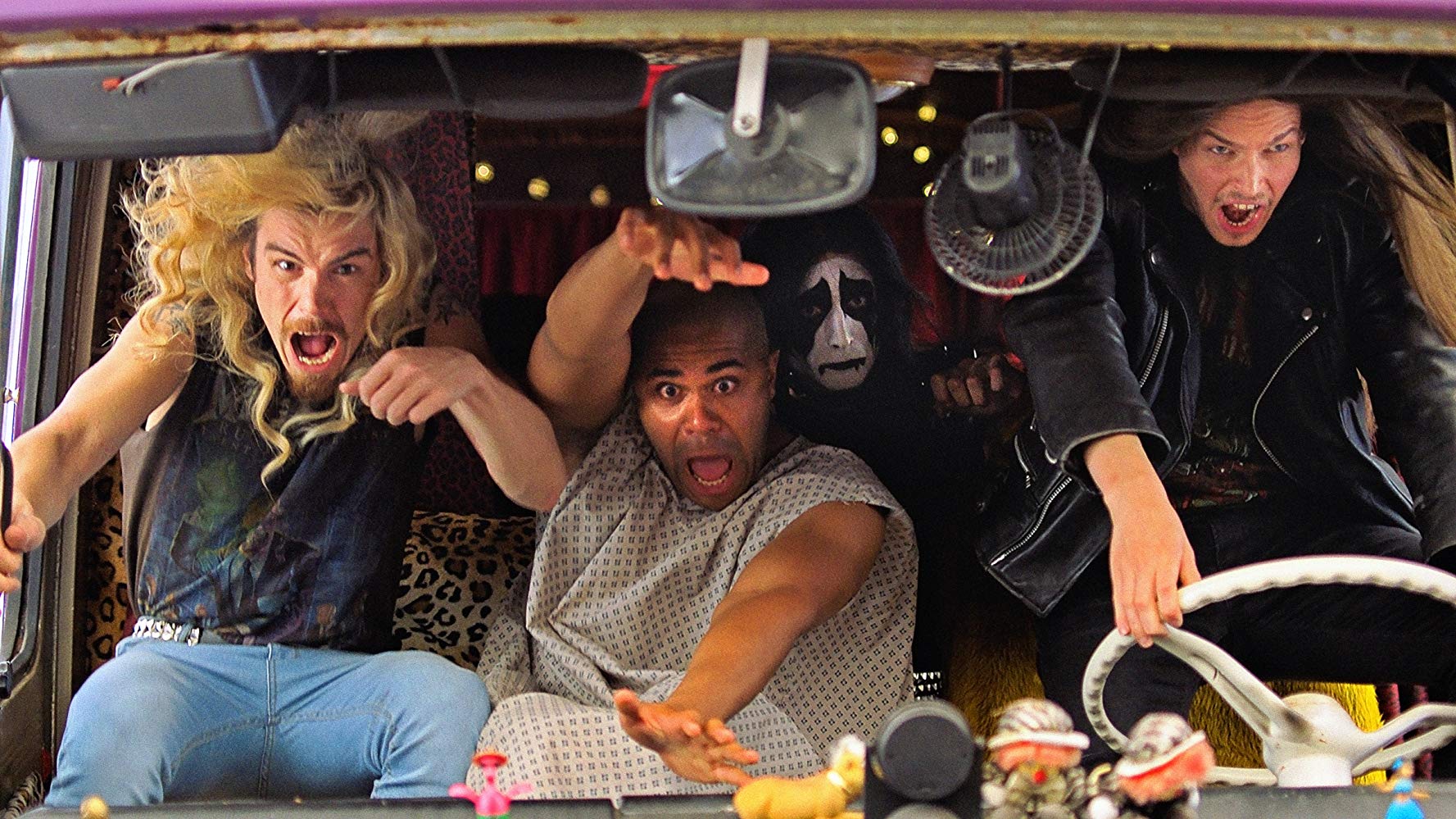