2006 was a simpler time. Our bad president was actually just a bad president. Cell phones were still used for talking. I didn’t have any kids yet. And, SyFy was still known as the (properly spelled) Sci-Fi Channel.

That year, the Sci-Fi Channel released a fantastic little horror film with a throwback feel and an old school monster movie meets cabin-in-the-woods slasher story. Starring Matt McCoy, aka Sgt. Nick Lassard of the 5th and 6th installments of the Police Academy series, the film takes places in the woods, specifically at and around 2 cabins next door to each other in the woods. Preston (McCoy) is in one of them, bound to his wheelchair, accompanied by his “friend” Otis (now an Academy Award winner makeup artist working on Westworld, American Horror Story, and Santa Clarita Diet). Next door, a group of beautiful young women are on a weekend trip together. Soon after arriving to their respective cabin getaways, things go awry. 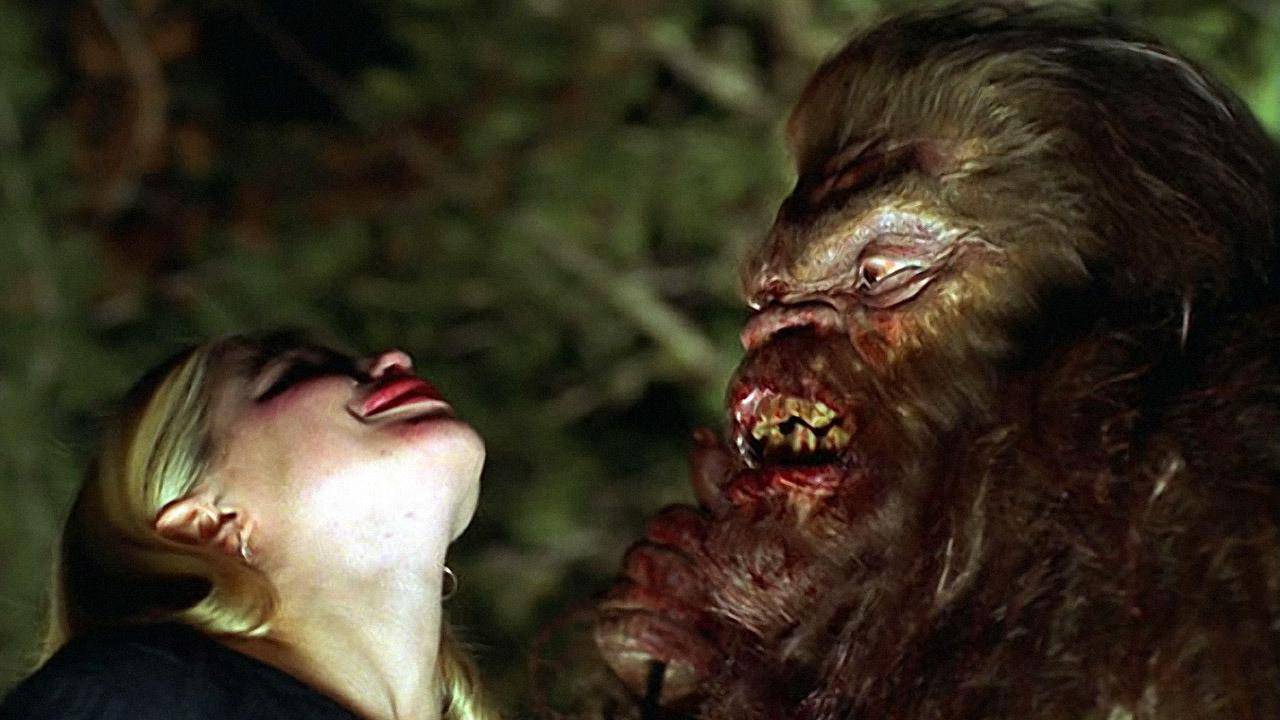 When Preston witnesses one of the girls go missing, we know we’re in for some craziness. Described on TV as bigger than a little old Sasquatch, what they are facing is the “Abominable Snowman”. Preston, immobile due to his physical condition, is unable to help the girls next door. He’s forced to watch them get attacked. He’s forced only to yell to them and do what little he can from afar. His “friend” and caretaker, Otis, doesn’t believe him when he tells Otis what he’s seen. Of course, Otis soon finds out that he should have believed.

Torn limbs, gushing blood, and some other fun practical effects make this one a really fun monster movie watch. The only effect that doesn’t hold up horribly well is the creature design itself. Unfortunately, the rubber gorilla look can’t be escaped in this one, despite easy fixes available to the creative team with darker lighting and less creature shots. Yet, even with the cheesiness of the mask and suit, the scares and excitement all add up to pure joy.

All in all, this is a must for monster movie lovers, a stellar Blu-ray package surrounds this extremely enjoyable monsterpalooza that finds it way to the format for the first time. Easily ranking up there with the best Bigfoot/sasquatch horror films in the limited history of the sub-genre, this is a truly action packed and exciting experience. It serves as a perfect watch on a 90 degree night, providing some snow filled chills and tons of thrills along the way. Bonus points for inclusion of Jeff Combs and Lance Henriksen in the cast.

Grab your copy from MVD directly or from your favorite retailer, today. It even comes with a freaking poster inside (in fact, all of the MVD Rewind releases do)!