There’s a natural inclination when watching Tim van Dammen’s hilarious Mega Time Squad to compare it to recent New Zealand genre triumphs like Deathgasm (which actually features van Dammen in a small role) or the works of Taika Waititi. Which I think does a minor disservice to what van Dammen has accomplished here with his mind-bending time travel heist comedy.

There are certainly echoes of a similar sense of humor on display here, with much of the comedy initially evolving from the close relationships between all the central characters, including local crime boss Shelton, played by a scene-stealing Jonny Brugh (from What We Do In The Shadows). Even when dealing with the criminal underbelly of Thames, New Zealand, the stakes are amusingly low, with the distance between criminal mastermind and lowly thug defined almost entirely by the size of a person’s “nuts”.

Johnny (Anton Tennet) is (figuratively speaking) obsessed with the size of his own nuts. At first, he seems content with bumbling through a life of low-level crime until he falls hard for Shelton’s sister Kelly (Hetty Gaskell-Hahn), who convinces him to show a bit more ambition in his, uh, work. Of course, his attempt to make a big score ends in inevitable disaster, and he narrowly avoids a messy death by pressing the button on an ancient Chinese device he swiped that sends him back in time by a scant few minutes.

The time travel device carries a warning against piling up time traveling copies of yourself, which Johnny briskly ignores as he forms a gang (or, Mega Time Squad) of clones of himself from the past to get revenge on Shelton and his gang, get his stolen score back and get the girl. 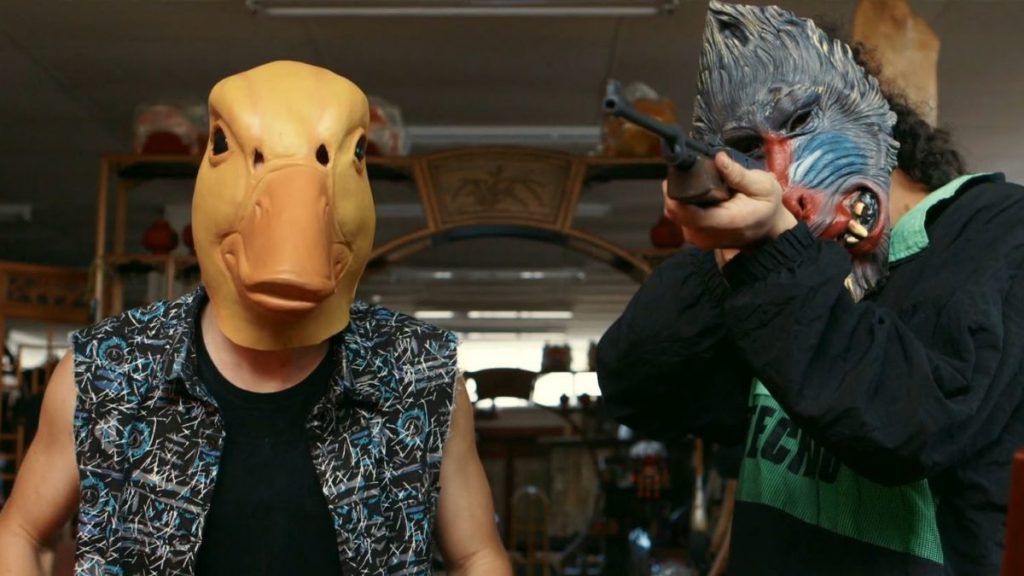 Running a brief 86 minutes, van Dammen spends mercifully little time on set-up, instead giving the dim-witted (though likeable) Johnny his outrageous power as quickly as possible, and letting him get on with things. Special effects are limited, but effective, reminding me of other low-budget time travel efforts like Nacho Vigalondo’s Timecrimes, which are more concerned with an increasingly complex concept than flashy visuals.

Things come to a predictably convoluted, and quite satisfying, conclusion. It all makes for an unlikely genre mashup, but one that remains unique and surprising throughout, and even manages to include some heartfelt moments of growth that evolve naturally out of the story. Mega Time Squad is an absolute riot, and despite the usual strong accents and impenetrable cultural references, should find an enthusiastic audience in North America.