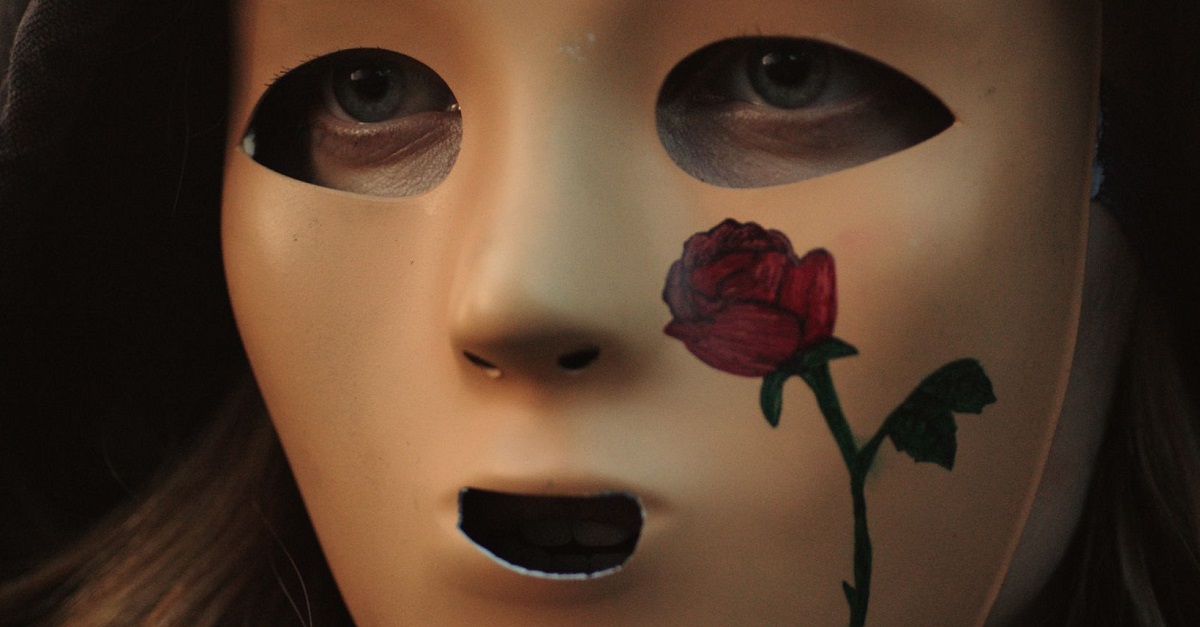 Hurt is the third film in Sonny Mallhi’s filmography. His newest thriller is produced by a litany of companies, and mainly indie horror darling, Blumhouse Productions. This movie follows up her two prior pieces, Anguish (2015) and Family Blood (2018).

The story takes place on a Halloween night in a tiny town in Texas. Rose (Emily Van Raay) resides in a home close to her sister and brother in law. Her husband Tommy (Andrew Creer) has returned from a tour after being deployed and is battling the inner demons of PTSD. Tommy is standoffish from his wife who desperately tries to figure out what is wrong and will do anything to help him feel better. Rose’s sister and brother in law continuously tell her that there is something seriously wrong with Tommy and he needs to be checked out by a doctor. Pushing their suggestions aside, Rose tries to do things on her own.

Halloween is a special time in town where haunted mazes and spooky love is all around. Rose and Tommy love this time of season, but since Tommy has been home and non responsive to his wife, their celebrations of the holiday are falling by the wayside. The married couple goes out to a bar to get out of the house, and after some time there, Tommy recommends they go to the town’s annual haunted festivities. Hayrides, corn mazes, and spooky productions, the chill and fear fill the air as festival goers soak in the spirit of Halloween.

Tommy has an episode and pushes Rose when the two of them scoot off to make love in an abandoned area in the haunted maze. This spirals things to a whole new level when Tommy fleas off and goes missing. With help from Rose’s sister and brother in law, they try to find Tommy. From here, chaos ensues.

Now, majority of the film is a decent watch. Anxieties and confusion fill the room as Tommy is suffering from an undiagnosed case of PTSD. Following a character around and watching how out of nowhere he snaps is a look into the psyche of the military and shows how scary it can be when something is haunting your every minute of life. It displays the breakdown of a relationship and how a single person is trying to piece back together a relationship that was happy and carefree prior to deployment.

However, when the main thriller senses comes into play, this is where the movie loses me completely. It steps away from the mental illness and uses something else to bring the horror. This is an issue for me. I am not keen on films that use mental illness for the sake of a plot point without fully developing it up until the end. This is the same reason of what I had such a difficult time with Hereditary. Majority of the movie focuses on a mental illness and how it is detrimental to one’s life and how inadvertently it causes harm to the lives of their loved ones when it is not properly taken care of. That is real terror and horror right there. It could have gone so far with this aspect of mental issues but upon ending, I was left scratching my head and saying “Why?”.

The twist in the movie took me out of what was going on, almost to the point where all the care that is invested in the beginning suddenly disappears. The build up to the pivotal climax fits and it works, but once you see the big reveal, you do not get the answers that come about after the myriad of questions form in your head. The end is bloody and brutal and would have sufficed with more of that throughout; however, it feels like two different movies. It is a good attempt and have some truly terrifying moments, but I am left with a lackluster feeling upon rolling credits.