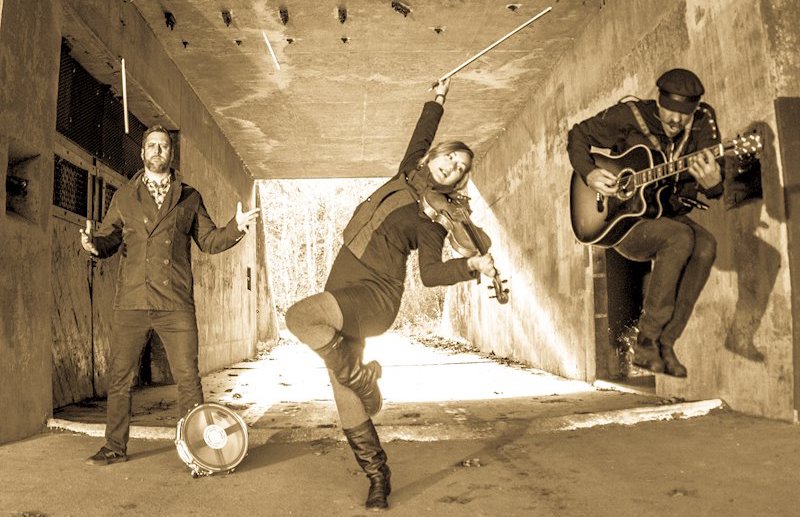 If you know me, you know that my musical adolescence was heavily immersed in the punk scene. While the bands that really got me into music were mostly early 90s radio alternative and local ska and punk bands in the greater NYC area, I began to really appreciate the roots of punk music soon thereafter. One of the bands that I truly fell in love with was The Clash. Interestingly, I soon found myself loving Joe Strummer’s post-Clash work even more than their classic era tunes. It seemed like the moment Strummer went from an artist I truly appreciated to one of my absolute favorites, he passed away. His music has continued to have a stronghold on me and, to this day, Streetcore probably remains a top 10-15 album of all time for me, with various other Strummer and Clash projects in the top 50 or so, as well.

It goes pretty far, then, to say that upon my first listen of Crushwater, I was reminded quite a bit of Joe Strummer’s post-Clash work. A blend of the DIY punk ethic with acoustic folk, world music, and a ton of pop sensibilities, Crushwater’s recipe is not too dissimilar from Strummer’s. Somewhere between Strummer’s late era sound and the modern alternative folk movement – ie. Mumford, Avett, etc. – lies The Cactus Storm EP, 4 songs that blend incredible musicianship, raw emotion, and an ear for melody. Like Strummer before them, no musical style is too different or difficult to try to blend into a unique sound.

Lead vocalist and guitarist Scott Sullivan has been making music and producing for years. His approach here has changed, as he’s paired his style with the classically trained strings and vocals of Chandra Johnson, as well the rhythmic drumming style of local Washington drummer Casey Northern. The trio balances a soft beauty with powerful delivery that really feels inspired throughout. Replacing the traditional indie rock bass lines with violins and various other strings gives the whole album a slight bluegrass tinge that feels whimsical. It allows that balance between the rock edge and acoustic folk subtlety to truly shine. From Sullivan’s background in surfing and snowboarding to classical piano concerto’s, there are so many influences in their sound. What his creates is something that will attract a very diverse array of fans that can range from Wilco’s most diehard acolytes to Beatlemaniacs.

While each of the four tracks really works as a testimony to this blend, their lead single “California” is truly a standout. Check it out below and then head to crushwatermusic.com for info on the EP, tour dates, and more.