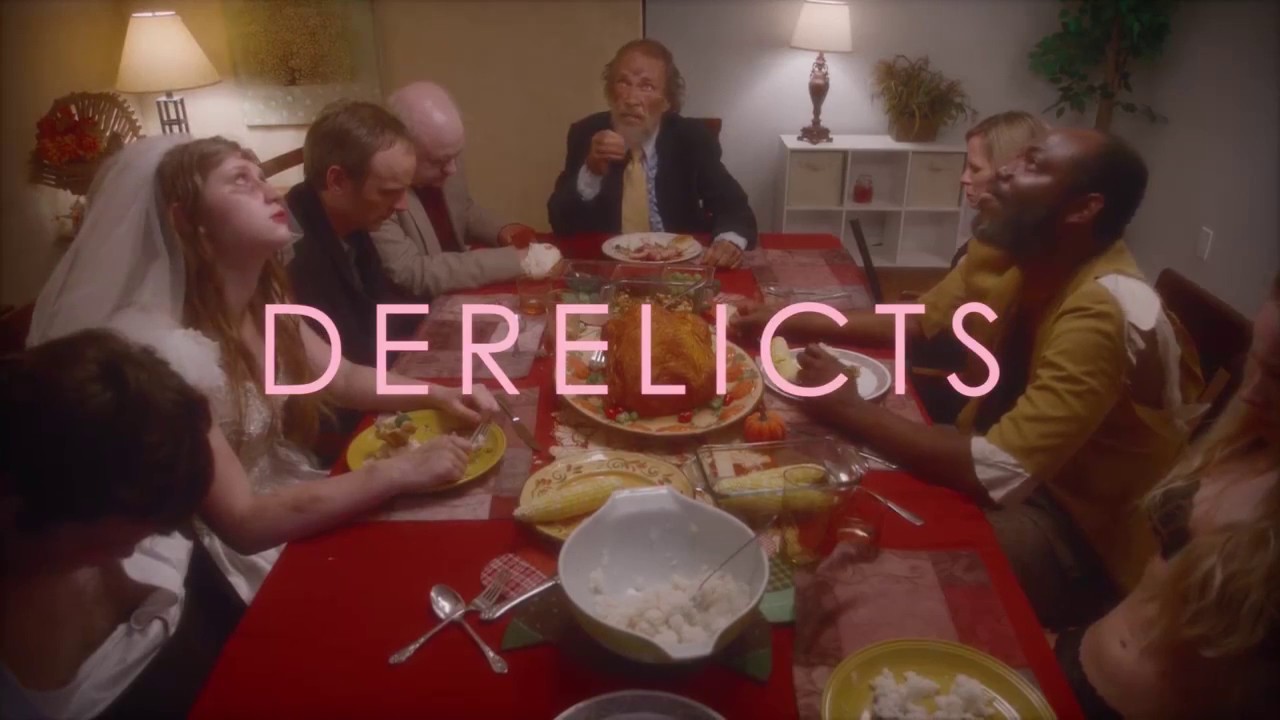 PUFF is one of my favorite festivals of the year and would be lying if I didn’t admit to poaching their titles each year for my own festival. Madeleine is a master of programming and I always put good faith in her choices. I had already seen most of this year’s titles, so I asked to cover a nasty little movie called Derelicts. Its poster stood out and that was all I knew about this particular movie. Its title made me hope for something disgusting and it delivered, my only issue was that it wasn’t the disgusting that I was hoping for. I wanted fun gross and what I got was a very unpleasant trip to a world where no one was either good or interesting. Just a brutal world of shitheads getting brutalized by shitheads. It’s not all negative and I can see why it was shown this year. There is a distinct vision on display, just maybe a vision that was wasted on me.

Derelicts takes place on Thanksgiving, introducing a whole cast of unlikable family members. A work obsessed mother, a cold and spineless husband and a couple of annoying teenagers. There are more characters, but they only serve as fodder for our approaching antagonists. After the family sits down for dinner, a gang of homeless psychos break in and start torturing every one in the home. Its a simple premise, but it gets the job done.

I really wanted to like Derelicts, I really did. Unfortunately, it is a movie that is simply not made for me. It is hard for me to invest time and emotion into a film that goes so far out of its way to be unlikable. My criticism is not of the movie, from a technical side. In all fairness, the movie is crafted very well and shot nicely. There are moments that truly blew me away and made me excited to watch whatever Glassberg and his crew do next. I really wanted to like this, but I will have to pass on Derelicts, personally. Derelicts is currently on its festival run and no release date has been announce.