The Halloween episode has long been a staple of TV shows (sitcoms especially) so I’ve compiled a list of my personal favorite episodes in no particular order. Enjoy and have a spooktacular Halloween!

Bob’s has 4 Halloween episodes (so far) and they are all pretty great. This one really shines though. The Belcher family with a little help from some friends give their youngest child, Louise, a Halloween surprise that she won’t soon forget.

It’s Always Sunny in Philadelphia: S6E7 “Who Got Dee Pregnant?”

In the only Halloween episode of this long-running FX/FXX sitcom, the gang tries to recall the events of a Halloween party at the bar they own… all in an effort to figure out which poor fool impregnated Dee.

Stan competes with his neighbor for scariest haunted house on the block, but his efforts end in disaster. Meanwhile, Stan’s son Steve attempts to impress his friend Toshi’s little sister while trick or treating.

Modern Family is another show with several Halloween episodes due to Julie Bowen’s character’s obsessive love for the holiday. In this one, Claire recruits the entire Dunphy/Pritchett clan for her Haunted house, but the families’ performances don’t quite live up to her expectations for “her holiday”.

New Girl made a habit of quirking up every situation it could, and this is no exception. In this episode, Jess throws a Halloween party, and we learn that Schmidt has been corresponding with “Michael Keaton” since he was a child. In reality, Keaton was first Schmidt’s mother and then fellow roommate, Nick, in later years. It is an episode that manages to make you laugh and warm your heart all wrapped up in a Halloween-shaped bow.

Larry David is a man who always sticks to his opinions and is hardly afraid to voice them. Case and point, He refuses to give two teenage “trick or treaters”  (who aren’t in costume) any candy. What happens as a result, a classic Larry reaction to kids being kids.

Buffy and the gang chaperone a group of kids trick or treating, and fall victim to a curse that turns them into their respective costumes.

The Fresh Prince of Bel-Air: S4E7 “Hex and the Single Guy”

Will manages to piss a psychic off who hexes the entire Banks family on Halloween. Hilarity ensues (nevermind the fact that psychics aren’t exactly known for performing hexes).

Hey remember when Ryan Reynolds wasn’t yet an A-List funny man married to the beautiful Blake Lively? I do. Reynolds starred as one of the “guys” in this mostly forgotten 90s sitcom.  This Halloween episode was one of the show’s better offerings. Someone is going around pretending to be Berg (Reynolds), and systematically murdering all his friends. It may not sound funny, but – trust me – it is. 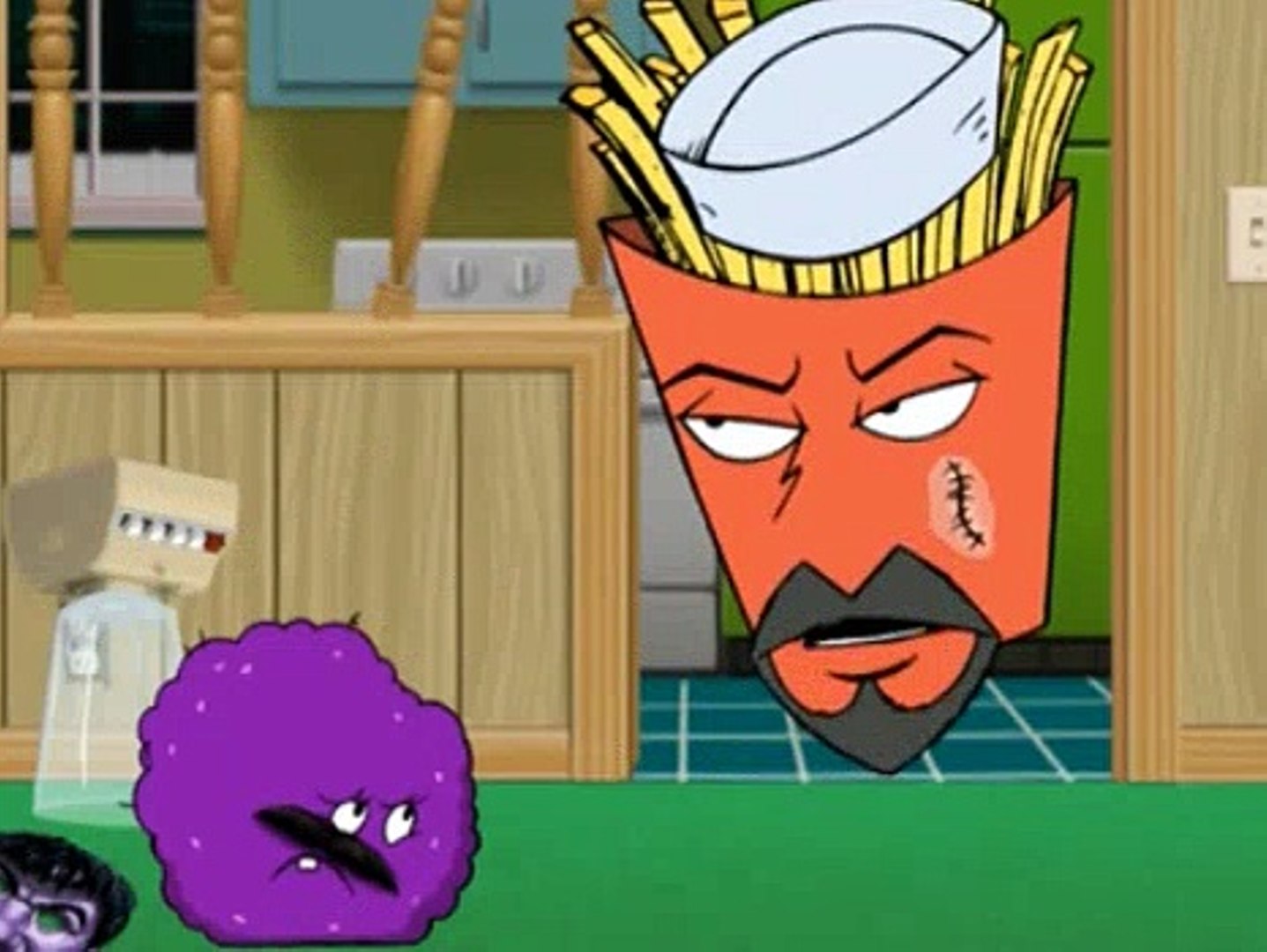 Ever the absurd show as it is, this Halloween episode is no different. The Aqua Teens are in the holiday spirit except for Master Shake who has no desire to celebrate. Meanwhile, an onion spider hybrid who also happens to Willie Nelson (somehow) comes down from the gangs attic to retrieve his missing mail. Yep just another episode of ATHF.