With his first EP dropping on June 8th and the first single hitting a week ahead on the 1st, I’m jumping the gun a bit here to tell you about an artist that I’m getting totally stoked on this week.

Andy the Crocodile (aka Anand Manivannan) is the grandson of S.R.D. Vaidyanathan, a revered Indian musician. His musical pedigree certainly runs deep, but he’s gone a bit of a different direction musically than his grandpappy. Blending a Jason Mraz-like pop styled singer/songwriter sound with classic rock influences and a obvious appreciation for the Americana folk scene, Andy the Croc crafts easy listening pop rock tracks that are heartfelt, deep, and extremely well written. 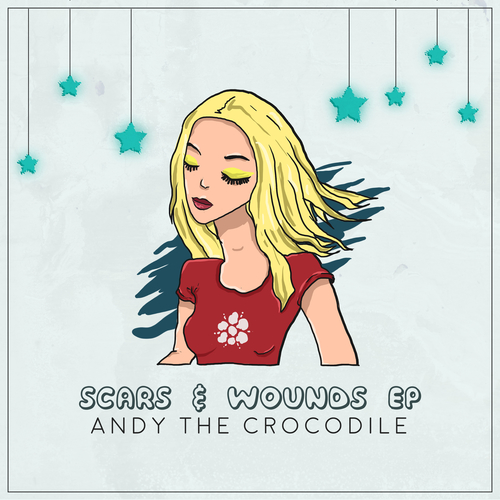 On his debut EP, Scars & Wounds, he treats the listener for 4 delectable tracks and a bonus radio edit of “The Whammy Girl”, which also happens to be my favorite song on the EP. While not the first single dropping from the EP, it’s certainly the most rock oriented track and it plays a special role in Andy’s story…

You see, there’s a killer proto-metal type guitar solo at the end of the track and Andy was having a terrible time nailing it. A friend of his lent him a thicker pick. On the pick was the Dunlop alligator, which Andy called a “crocodile” – not yet understanding the difference between the two. The new moniker was thus born… and the guitar solo was certainly taken care of by the new pick.

Check out Andy the Crocodile’s Facebook page for the official “Hope” music video drop and keep your eyes peeled on all the major spots for the EP on the 8th. This is a strong debut and fans of great modern pop rock, well crafted indie rock, and talented singer-songwriters should take note, you won’t be sorry!