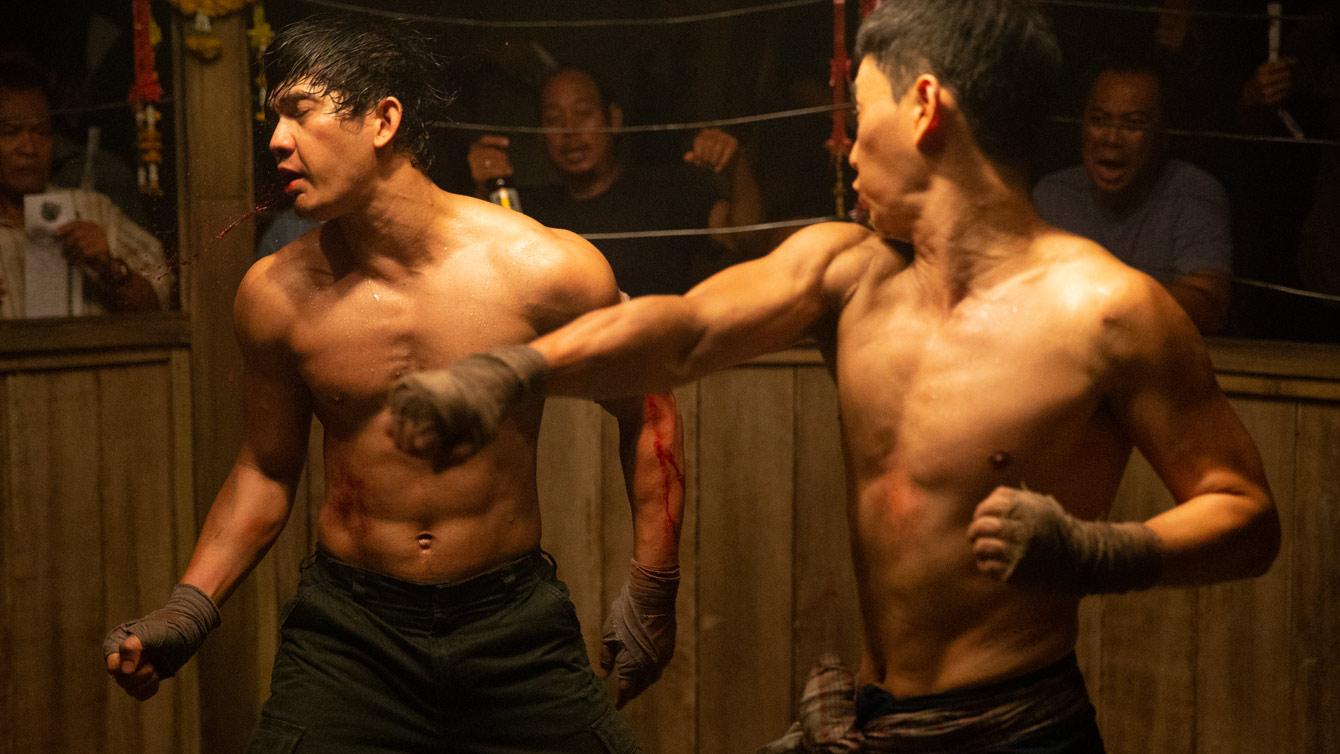 I have been on a very singular mission over the past year. Its been a fun mission, but a mission none the less. I have been trying my best to consume as much direct-to-video action as I could possibly watch. Over the past few years there has been an amazing resurgence of international action films that have managed to slip pass me until this past year. With help from recent guest on my podcast (Grindhouse Messiah, located here on the Farsighted Network) I am catching up and it is fucking glorious. From the spectacular films of Scott Adkins to the gonzo sequels to old IPs like Undisputed and Universal Soldier, these have been my viewing choices.

Thank God I have been catching up because (little did I know) there was an Expendables-like movie for these stars in the making. This greatest hits record is called Triple Threat and it brags one of the best casts that I can remember with the likes of Tony Jaa, Michael Jai White, and Tiger Chen to name just a few. I was even more excited when I saw that it was being directed by Jesse V Johnson, director of the criminally underrated film The Debt Collector. This big ol’ pot of action movie stew had me excited and I was quick to tear open that screener copy sent by WellGo USA. Having watched it multiple times I can say that not only is it a blast but it also puts those shitty Expendables movie to shame.

A hit contract is taken out on a billionaire’s daughter who is intent on bringing down a major crime syndicate. A down and out team of mercenaries must take on a group of professional assassins and stop them before they kill their target.

I hate continuing to compare this movie to The Expendables, but it has to be done. While those movies relied on cheap cameos from big action stars of the past, this film looks to its future. Why would you ever want to watch an over-the-hill Van Damme when you can get Scott Adkins in his absolute prime. The action scenes are set up to show off these star’s strengths and Jesse V. Johnson does it with a seamless style that is never distracting. The story itself is set up around these martial arts madmen’s talents, so you never loose momentum when things are placed on hold to show off some amazing fight sequences. There are very few inside jokes and I love that this film never winks or talks down to its audience. This is how fanfare should work and this may be the best version of it around.

Triple Threat is currently available on VOD and Blu-ray.