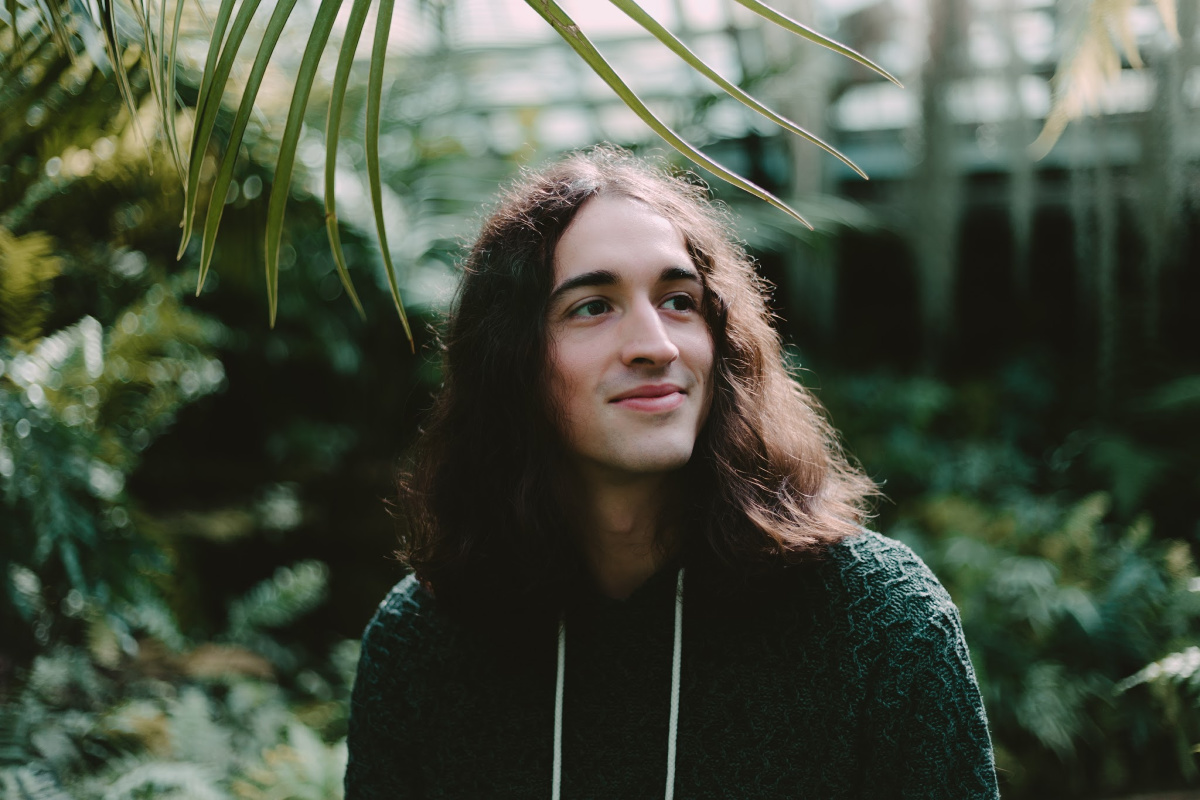 Those of you who remember the indie scene in the late 90s and early 00s the way I do will probably remember the early days of Secretly Canadian Records quite well. While the label still exists and the artist we’re highlighting isn’t on it, there’s something specifically about that era of the indie darling label that is harkened back to by Bryan Away’s Give In EP. The early years of Secretly Canadian were marked by a uniqueness and quirkiness of which Away’s wholly original sound would fit in splendidly.

The unique feel of the EP draws on influences ranging from the late, great Elliot Smith to Radiohead to Deerhoof to classic era emo. Its distinct flavor can feel dark and contemplative, while also simple and light. Fans of Sufjan Stevens will feel some similarities to that playful and layered sound that became synonymous with Stevens, while there’s a style to the songwriting and construction that brings to mind the less pop oriented material from Ben Folds. In other words, this isn’t some facsimile of anything you’ve heard before.

The opening track – the eponymous “Give In” – stands out as one of the most powerful tracks, as does “Pour One Out”. However, all 5 tracks are strong and work well as one creation, played through to be a singular vision of potent songwriting that will win over fans young and old. While distinctly modern influences abound, fans of the James Taylor, Jackson Browne, or the like will find a lot here to like, as well. Hell, those who listen intently would be hard pressed not to find some distinctly 70s rock influences in tracks like “An Ode to the Dog Days”.

The long and short of it is that Bryan Away is a great addition for anyone looking for something different than the mass output of the pop machine. The new EP is strong, well constructed, and stands out as very unique.

Check out the music video for “Give In” below and then head to Spotify to hear the whole EP.