Usually, true terror that horror games can elicit usually come from being islolated and alone, cut off from the world that you know and trapped in a scenario that requires you to utilize all of your wits to survive and make it out alive. Typically, the various encounters that you come across in these horrific circumstances are against a single or small group of enemies, requiring precision shooting and perfectly timed maneuvers to survive. Even a few wrong moves can spell death for even the most seasoned veteran of survival horror. However, what if you had to contend with not just a few of the undead, but an entire mob of them. One lone person against an insurmountable legion of undead corpses. On top of that, what if these creatures were not lumbering meat sticks, but super-fast nightmares barreling toward you. Hundreds of the undead, in this case called “freakers”, working in a swarm mentality, and toward a singular goal to feast on your living body. This is the plight you undertake as you traverse the apocalyptic open world of Oregon in the title we will discuss now. I submit for your approval, one of the scariest and most heart pumping gaming moments, fighting a massive horde of freakers in Sony’s 2018 action adventure title Days Gone.

Your name is Deacon St. John, a lifelong biker. You have a wife, Sarah, who is a scientist working for the National Evacuation Response Organization, or NERO. You have a brother in arms, Boozer, who is your faithful companion in your adventures. Your life is going as good as possibly can be hoped for. Then the world decided to destroy itself. During a quick moving and rampant viral outbreak, which causes mass humanity to act irrationally and violently, you’re able to get Sarah evacuated on a chopper to a presumably safe location. That would be the last time you’d ever see her. The world has torn itself apart. Cities have fallen and the world now belongs to the viral infected creatures that roam the landscape, unfettered and without reason. Deacon continues to ride the open road, living at an abandoned watch tower with his compadre Boozer, taking odd jobs and making money however he can to get by in this new normal. Deacon’s ultimate goal is to find his wife Sarah, who, while he’s aware that the site she was taken to has since been decimated and void of all human life (he keeps a stone with her name at the site as a semi-memorial), firmly believes that she is still alive and out there, waiting.

As you explore this open world of beautiful lush scenery and decayed signs of a former world, you have you fair share of encounters with groups of these viral infected, who have since been labeled as freakers by what remains of humanity. You are well equipped as you progress through the game, obtaining various machine guns, shotguns, grenades, Molotov cocktails and other instruments of destruction that allow you to deal with these monsters. However, as you are riding your bike near a cave later in your adventure, you hear sounds of death emanating from the opening. As you make your way into the dark cavern, you come upon a few of these freakers, feasting on scraps and decayed meat on the floor. You decide to attack them while you have the element of surprise. Big mistake. Suddenly, hundreds of these fast-moving infected monstrosities begin to plow toward you at a breakneck pace from deep in the darkness. Deacon exits the cave with great haste, moving quickly toward his motorcycle, trying to escape. He turns around to see what is following him out of the cave. You see this: 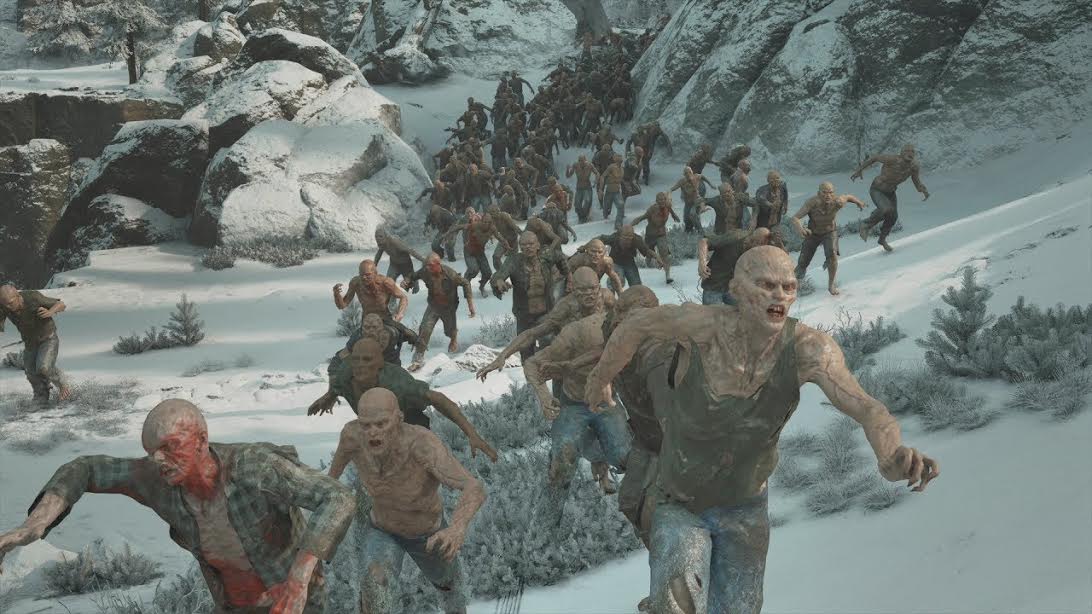 Let me tell you right now, I love my horror games. Resident Evil, Silent Hill, Outlast, The Evil Within. All of these and more have great sequences of horror and violence that truly make me sweat with tension and grip the controller ever so tightly. However, when you see hundreds of undead beings hurtling toward you at a blitzkrieg pace, with their sole purpose in wiping you out from existence, there is nothing quite as immediately terrifying out there that can truly match. Despite acquiring some serious firepower along the 35+ hours of your playthrough, and the true stopping power that some of these instruments of death, the nature of being one man against a 100+ monsters is daunting at all times, never feeling like an easy task to complete no matter how well you are equipped or well-planned your attack ends up being. You really must experience it first-hand to truly get the vibe of what I mean. Nothing is more intense and nail-biting in the world of horror gaming, and it truly tests the player ability to handle stress in the face of immediate and consistent threat. On top of that, clearing out these hordes (yes, there are multiple throughout the game) ends up becoming a necessity to progress through the story, and the game even provides the player with a trophies that are inherently linked with clearing out these mass gatherings of infected. You fear it, but you feel the urge to clear them out as well.

As an overall game experience, Days Gone does suffer from some annoying bugs and extreme slowdown, when coupled with a third act that feels like filler at best and drags on for a little too long, ultimately end up hampering the overall experience somewhat, but nothing in the gaming touches the exhilaration of fighting hundreds of fast moving infected souls, moving with a cohesive mission to obtain human flesh and blood and devour it as quickly as possible. Fighting a horde in Days Gone is truly one of the most sweat-inducing moments I have ever played and deserves a spot for that alone along the pantheon of great horror experiences. 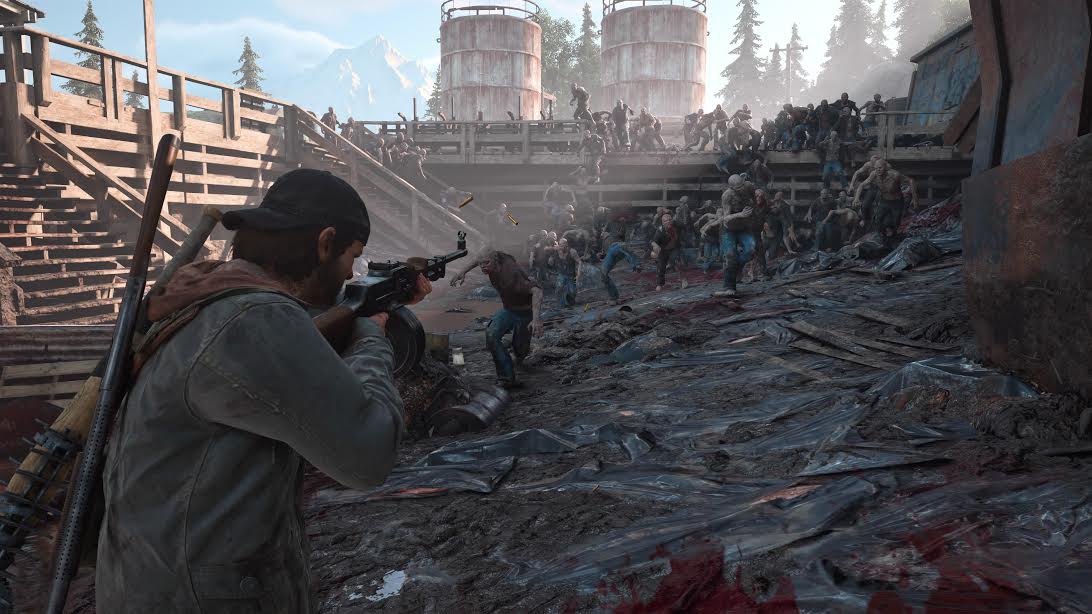