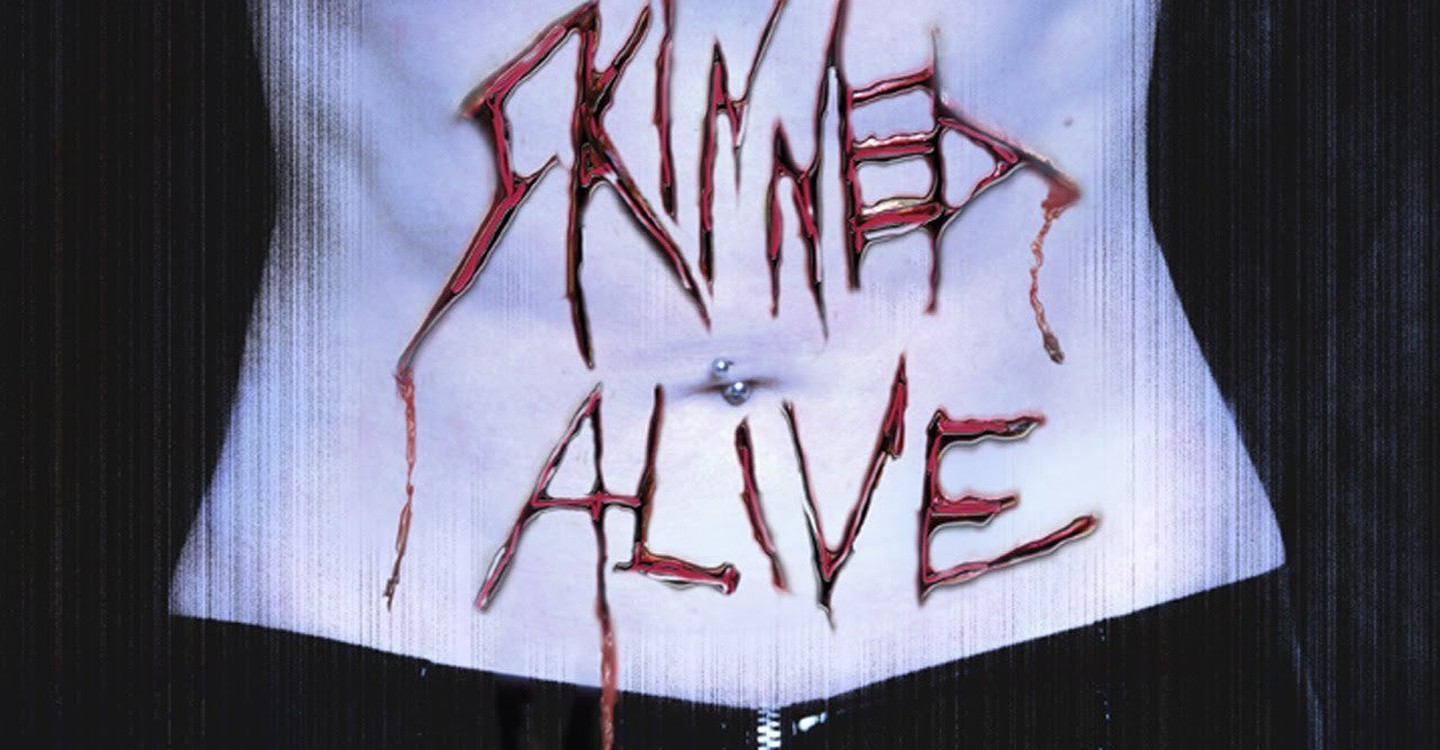 I’ve never seen many of the “classic” SOV and microbudget films of late 80s and early 90s, but I’ve allowed myself to be schooled by professors Doug Tilley and Moe Porne of the No-Budget Nightmares podcast over the past few years. And in that time, I’ve sought several to watch on my own and avoided others like the plague. One of the folks I’ve grown to appreciate greatly is JR Bookwalter, whose special edition jam packed Blu-rays for Robot Ninja and The Dead Next Door feature Doug and Moe on commentaries. The most recent such Blu from JR’s Tempe Digital is one he produced alongside low budget legend David DeCoteau, Jon Killough’s 1990 fucked up family slasher film Skinned Alive.

The film itself is truly entertaining and truly bad. If you like the “bad, but really fun” type of low budget film that podcasts like No-Budget Nightmares covet, this is a must see. Spilling spaghetti guts, extremely unsexy seduction scenes, bizarre characters, and excessive use of the phrase “dingleberry” – this is the type of movie we’re talking about. Tangentially related to aforementioned Robot Ninja, it’s a film that occupies the same type of space as JR’s directorial efforts.

The film features the type of trashy backwoods hillbilly aesthetic that Rob Zombie has designed his career around and the Texas Chainsaw Massacre is built upon, with a gross, low class family at the helm. Led by Mary Jackson (The Waltons, Exorcist III) as matriarch Crawldaddy, the dirty family trio is rounded out by long-time Sam Raimi favorite Scott Spiegel and Susan Rothacker (Robot Ninja). The traveling family of killers who collect human skins gets stranded when their van breaks down, encountering the world’s nicest and most well-meaning mechanic who invites them to crash in his basement while he finishes the work on their van. From here, hijinks ensue, leaving several dead and a couple victims actually “skinned alive”.

Whether you’re interested in the restored and remastered film or the VHS quality original, there’s a lot here to chew on. Packed with features, let’s start with the Blu-ray…

Above and below, you’ll see screen comparisons of a couple scenes in the original VHS side by side with the new restoration. The color and detail is much better, notably especially in the film’s more colorful and well-lit sequences. The film on the Blu also features a remastered soundtrack and q ton of features, including:

If you want all the grit of the original VHS release, as Doug and Moe do, the DVD uses the original 1990 release of the film rather than the remaster. In addition, it features another pile of different features: 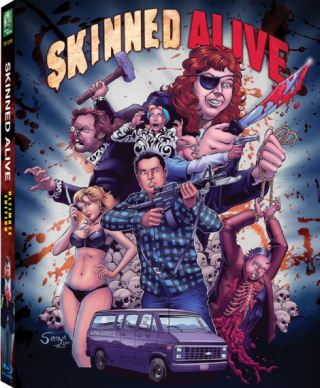 Having now watched the film multiple times in a two day span, both versions and the No-Budget Nightmare commentary of the DVD, this is a big recommend for fans of low budget horror and microbudget filmmaking. The commentary from Doug and Moe is truly the two podcasters in top form… or perhaps that take is just a by-product being deprived from new episodes of their podcast. Nonetheless, it’ll take ages before one can get through all of the great features packed into these discs… so collectors need to get this one on their shelves ASAP.

Jon Killough, JR Bookwalter, David DeCocteau, and the team really made something fun with Skinned Alive and THIS is the definitive way to experience the shitshow!