2020 has been quite the thorn in the side of the movie industry. The emergence of COVID has caused the mass closures of movie theaters all over world, major studio films to get delayed well in 2021 and the cancellation of numerous film festivals and conventions. For myself, I won’t be able to take part in my yearly New York Comic Con experience or take part in my 2nd year of the Brooklyn Horror Film Festival. However, as we have always been known for, the horror community is not one to sit back and do nothing. Resilience is the backbone of the industry. Many festivals have decided to take their business purely online, with recent examples such as the Chattanooga Film Festival and FrightFest. Now October has arrived, the most festive time of year for us horror kin, the month of Halloween, and we are about to be blessed with the most insane amalgamation of film festivals that have had to cancel their 2020 in-person events. Boston Underground, Brooklyn Horror, North Bend, Overlook, and Popcorn Frights have combined their powers like a horror version of the Power Rangers, Voltron, or the Planeteers to bring us four days of world premieres, amazing panels, exciting events and intense games, all virtually and in the comforts of your living room. Starting tomorrow, the Nightstream Film Festival will arrive, running from October 8th through the 11th.

The virtual festival will open with the world premiere of Hulu’s hotly-anticipated thriller Run, starring Sarah Paulson (American Horror Story) and Kiera Allen and directed by Aneesh Chaganty, who helmed the breakout Sundance hit SEARCHING and close with the North American Premiere of Mandibles, the latest from Quentin Dupieux, the French filmmaker responsible for singular features such as Rubber and DEERSKIN. The four-day festival includes a line-up of feature films selected by all five festival programming teams, alongside eighteen distinct short blocks and an impressive slate of events, panels, and masterclasses headlined by conversations with filmmakers Nia DaCosta on Candyman and Mary Harron for the 20th anniversary of American Psycho, as well as Beck/Woods, the screenwriting team behind A Quiet Place. Celebrated horror filmmaker Mick Garris will be recognized as festival honoree and host a very special Dinner With The Masters Of Horror event with guests that include Joe Dante, Mike Flanagan, John Landis, Ernest Dickerson, and more.

Nightstream will bring the spirit of festivals to your screen with its exciting off-film programming, including a one-time-only event hosted by Aaron Moorhead and Justin Benson, the directing duo behind beloved genre hits The Endless and Spring, who will share an intimate and engaging look at their never-before-seen early work, joined by special guest Issa Lopez (Tigers Are Not Afraid). The fest will also feature iconic drag performer and horror expert Peaches Christ who will offer a deep-dive into campy horror history, in addition to hosting a glamorously blood-drenched festival party. Plus, every night will have a unique happy-hour social in Evening Rituals Presented by IFC Midnight, with a parade of hosts that include Elijah Wood beaming in virtually from their homes, and with a new delicious cocktail to share.

I know, it literally sounds like heaven for horror lovers and it’s spread out across four packed days in October. Not just any four days, but it just happens to be taking place during the weekend that I would have normally attended New York Comic Con, so the minions of fun are clearly looking out for me. While it might seem daunting to vet through the insane amount of films, shorts and various other off-film related events, games and Q&As, I have combed the entire program of what Nightstream will be offering this October and have decided to list out the five items that are my top picks of the festival, here are the top selections I must make sure I either watch, attend, or take part in. 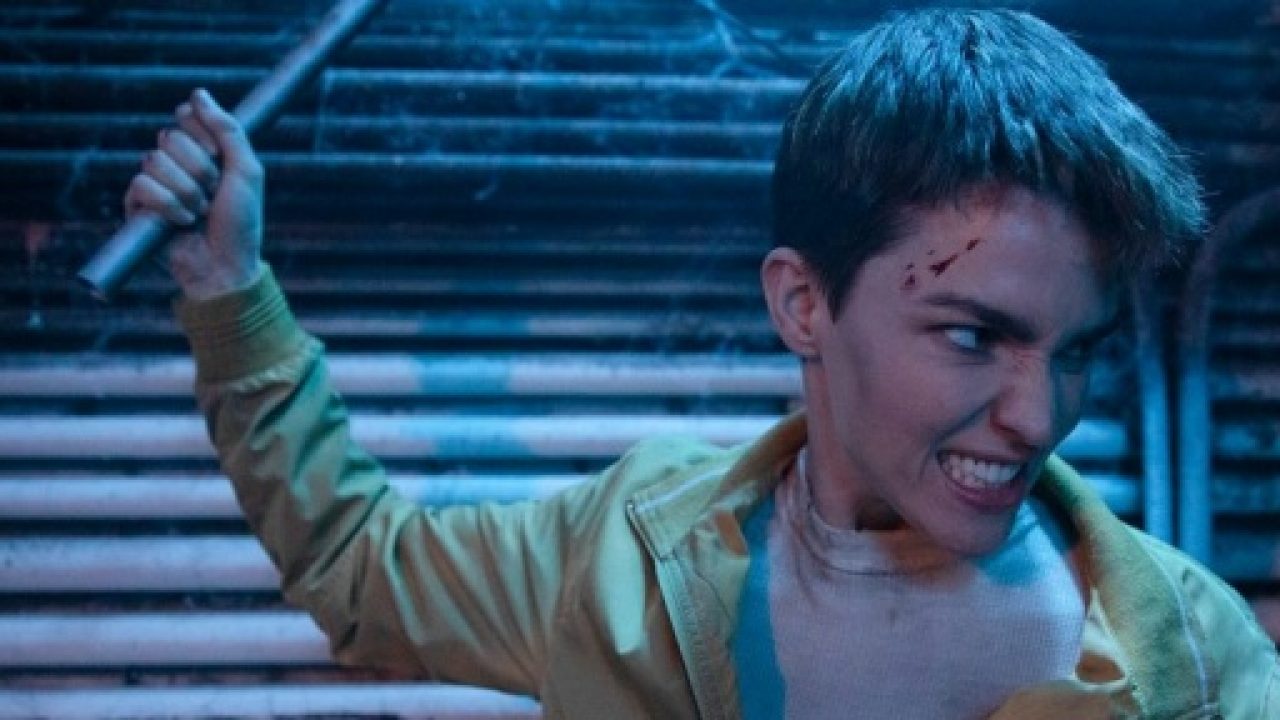 I can’t even contain myself on the awesomeness that this movie exudes simply from the brief synopsis. Ruby Rose! Jean Reno! Ryuhei Kitamura! Hyper violent! I am in with beer in hand and ready to go!

As visually stylish as it is graphically violent, this punishing action-thriller from the legendary Ryûhei Kitamura (Versus)) stars Ruby Rose (John Wick: Chapter 2, Batwoman) as a former Marine turned doorman at a luxury New York City high-rise who must outsmart and battle a group of art thieves and their ruthless leader (Jean Reno, Leon: The Professional) — while struggling to protect her sister’s family. 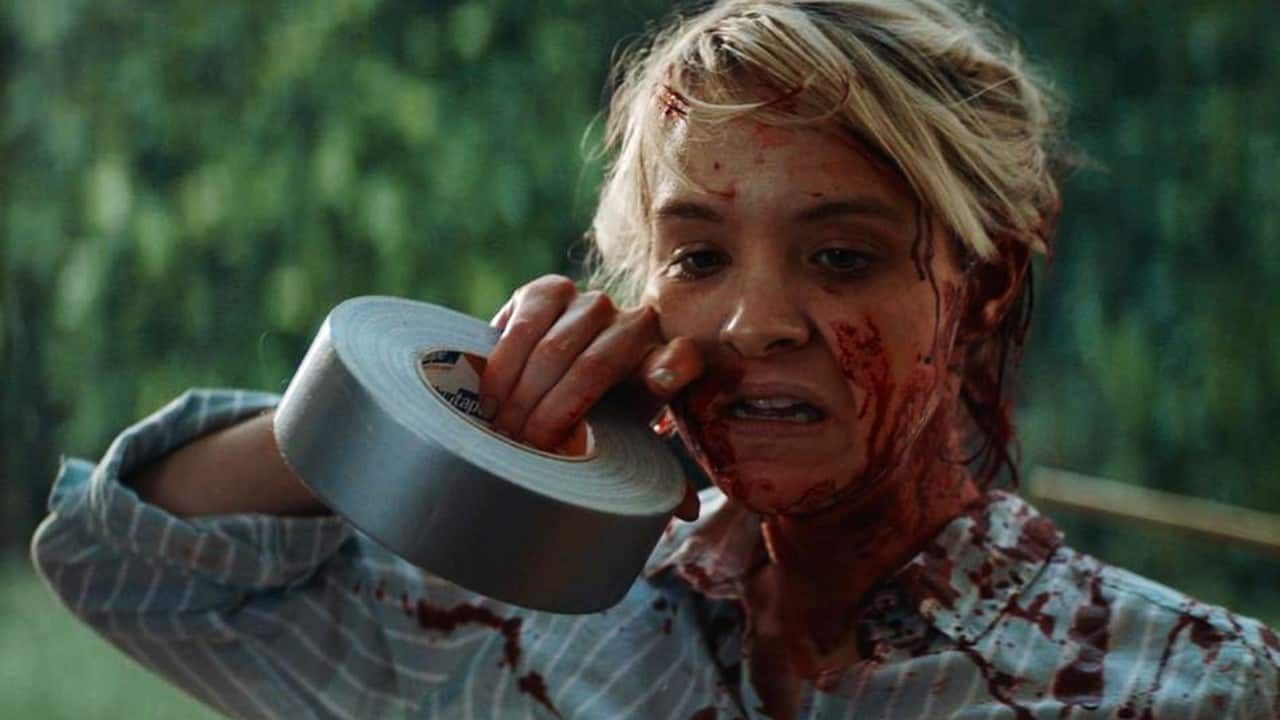 I’ve always been a fan of Brea Grant’s work, and this synopsis gives off a heavy vibe, dealing laterally with the real world issue that women face on a daily basis – not believing the victim – this could be the one that sticks with me well after viewing if properly executed. I’m intrigued.

Self-help author May Ryer finds herself the victim of increasingly violent home intruder attacks that no one, including her husband, seems all that worried about. What results is a cut-throat feminist thriller from director Natasha Kermani and screenwriter/star Brea Grant where May must face down the threat alone. Originally set to premiere at the SXSW Film Festival. A Shudder Original Film. 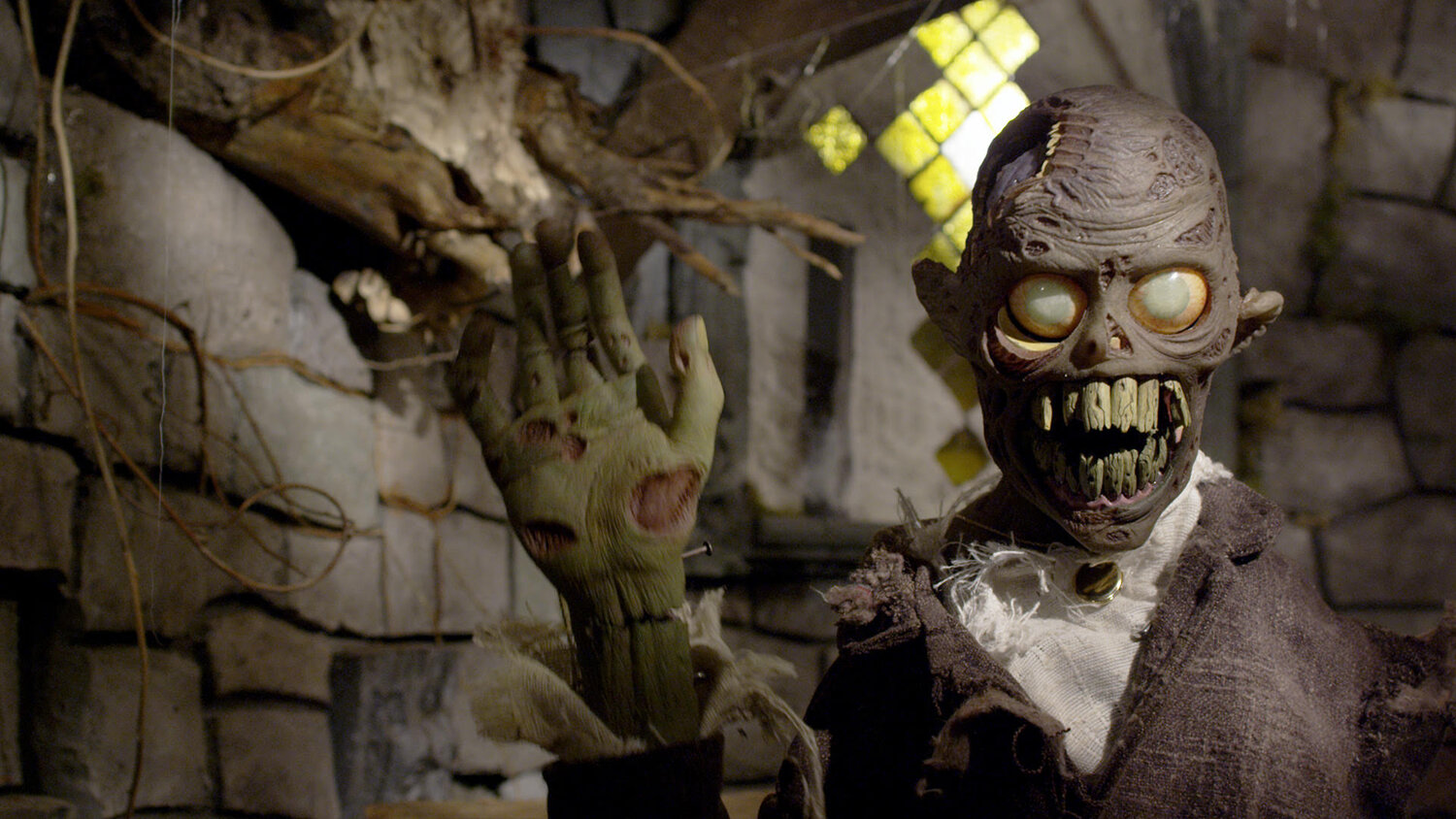 I mean…come on. Look at this image. A 90-minute horror movie done completely with hand puppets and littered with gore and blood aplenty? I’m hyped for this and curious if they can maintain a feature length film with only the use of puppets. If Team America: World Police could, there is no reason that this couldn’t either, right?

Lovingly crafted entirely with hand puppets, this hilarious, blood-drenched practical marvel sees the peaceful, secluded lifestyle of two monsters threatened when a group of desperate villagers come to repay an age-old pact to a wretched demon. 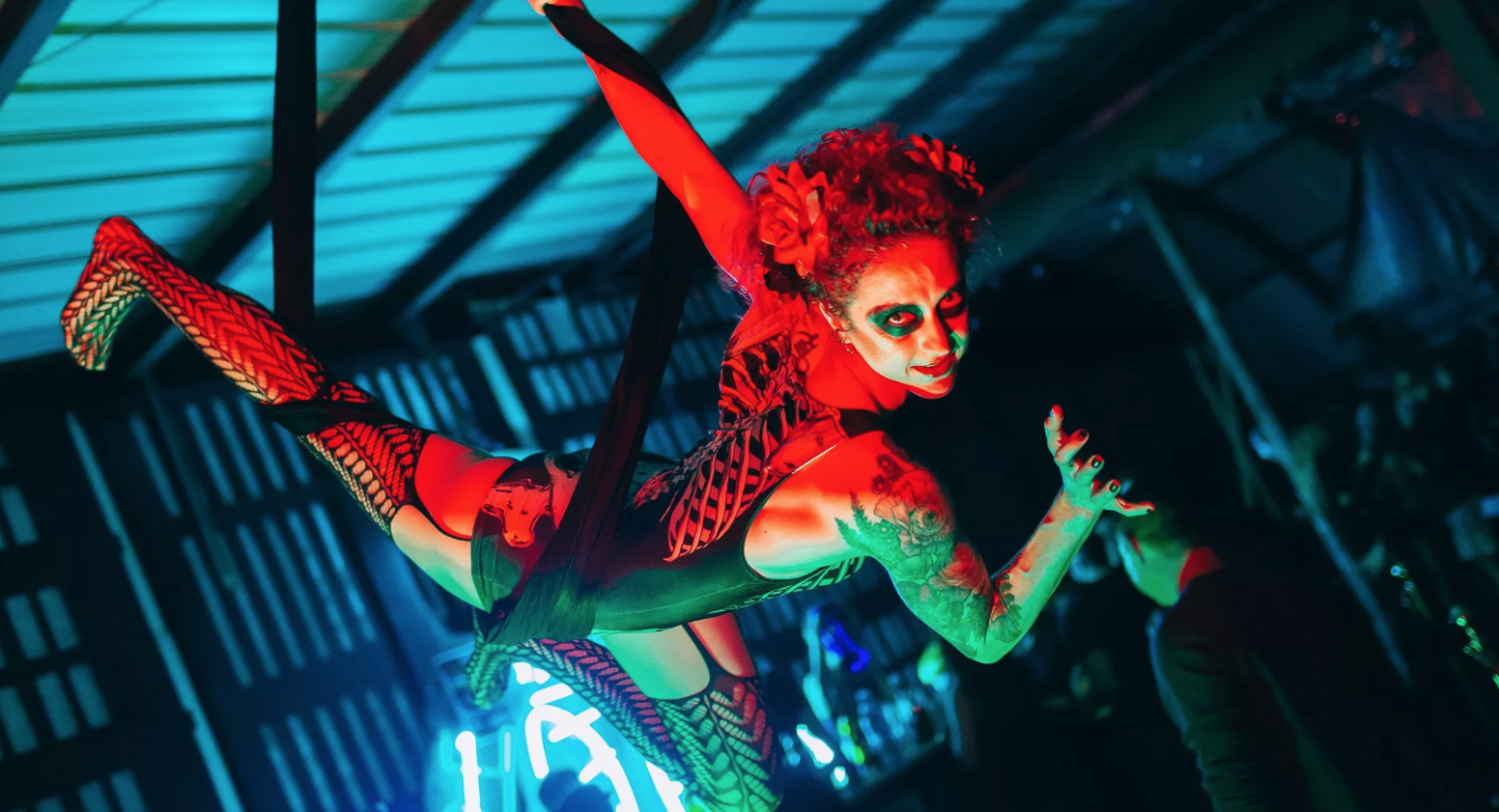 Considering I am an East Coast man, I’ve always been envious of the multitude of special/pop-up events that happen across the West Coast scene, and this has been one of them. A pop-up bar that puts on quite the horror tinged show, with its inventive drink creations, acrobatic performers and macabre atmosphere. This might be the only way I attend something like this outside of visiting LA, so consider my ticket punched. 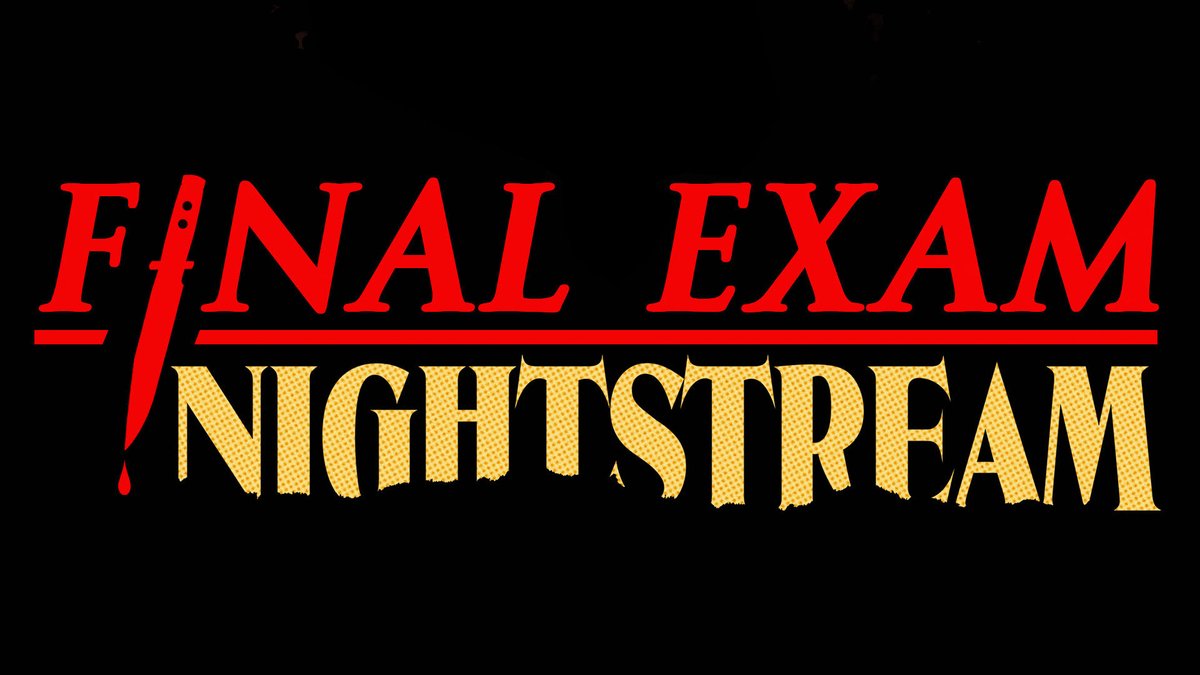 If there is one thing that has been a beacon of light across 2020, it has been that every Friday I’ve looked forward to the newest iteration of Final Exam. The good souls of Ted Geoghegan and Michael Gingold bring their wealth of knowledge and expertise on the horror genre to the table weekly and slap out a 30-60 question lightning round quiz (you get about 30 seconds to answer each question…and you get one guess at it) on a variety of topics/themes such as Canadian Horror, Taglines on Posters or Holidays. To top off the fact that their special NightStream Final Exam will be their last weekly iteration for the time being, I have made it my duty to make sure I don’t miss what is sure to be an epic test of the mind.

Hosted by Ted Geoghegan and Michael Gingold this special edition of Final Exam will feature five rounds of trivia based on horror films from Boston, NYC, Miami, New Orleans, and the Pacific Northwest.

Stay tuned over the next few days for more coverage of Nightstream Film Festival.